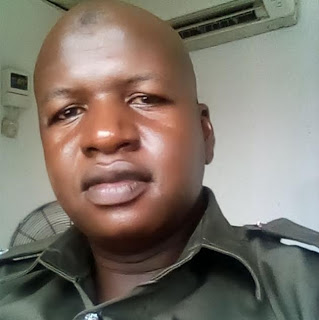 A police officer from Biu, a LGA in Borno state,  Inusa Saidu Biu, has threatened to kill no fewer than 200 people if anything happens to President Buhari. According to the armed officer, Buhari was poisoned but still survived.

Now they’re trying to force him to resign so that corruption will continue in the govt.

Inusa threatened Nigerians in his post on Facebook, saying if anything happens to the president, he will murder 200 innocent people in revenge. 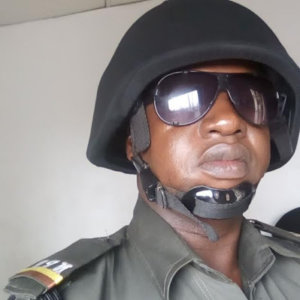 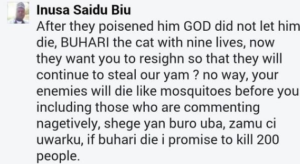 Meet The Northern Nigeria Policeman who threatens to kill 200 people if Buhari dies was last modified: April 26th, 2017 by Reporter