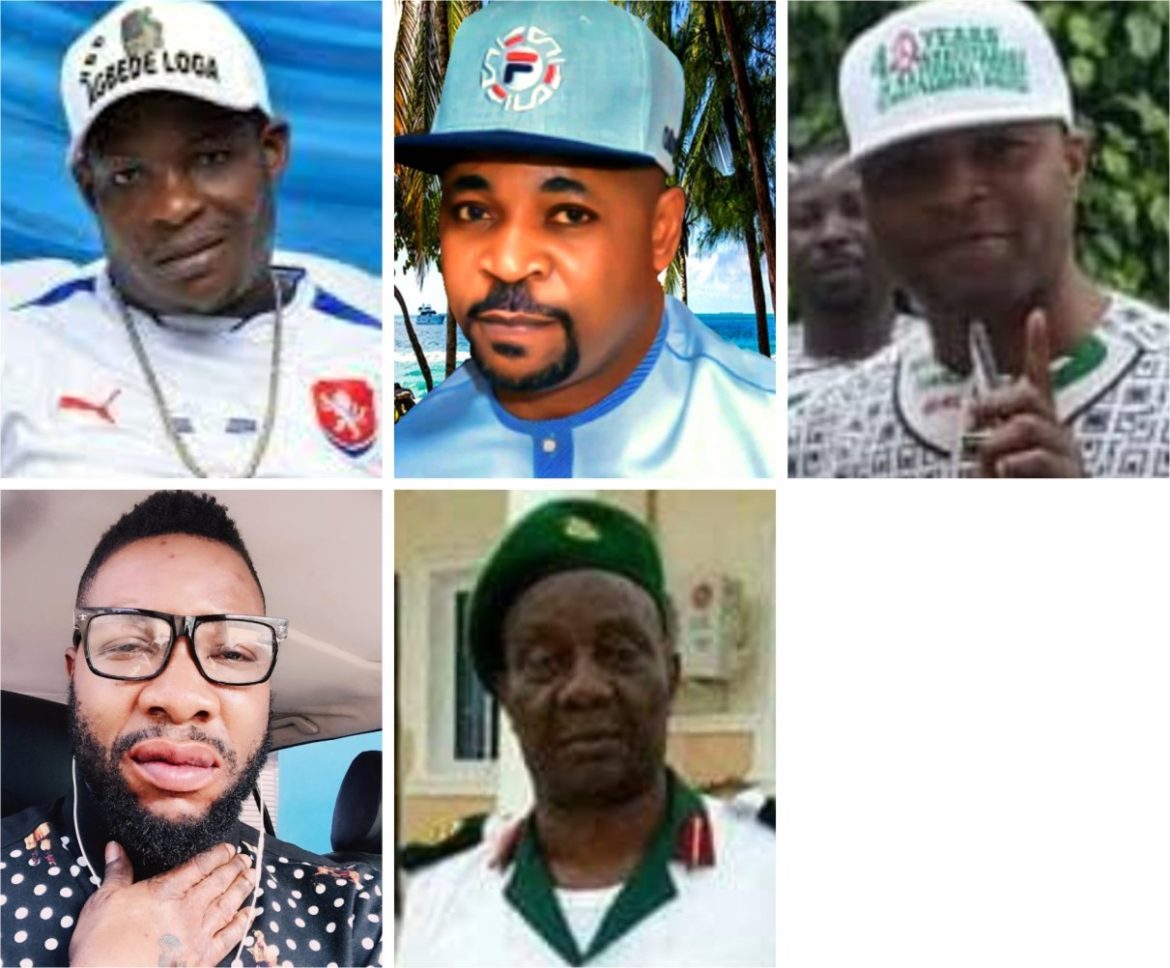 +The Motor Parks They Control

Whether at federal or state levels, the National Union of Road Transport Workers (NURTW) is a body that has strongly placed itself into the reckoning and consciousness of well informed Nigerians. This is so because the body is a big factor in the obviously lucrative transportation business circle in the country. And because the body is a lawful association recognised by the government as a labour Union of a sort amongst those that make their living from commercial conveyance of people from one destination to another, which by implications, is an integral aspect of the country”s economy since the workforce has to move from point to point, every week day and even weekends, and mostly via public transit, the NURTW’s stake in the process of oiling the wheels of the economy is very high.

And that significant role is part of what has made the body loosely called “National” by most sparsely educated individuals that form majority of its membership very popular amongst the populace. And again, because of the fact that many of the people who have been privileged to occupy the top hierarchy of the positions in the association at the federal or state levels are not only popular, but also very rich, which also affords them the leverage of becoming socialites who indigenous artistes singing Fuji, Juju and even gospel songs (both Islamic and Chrisitian songs) never get tired of eulogising in their records. As a matter of fact, hip hop artistes are joining the league of their praise-singers too.

Recently, the body had a federal election to usher in a new set of Executive Members (Exco) to take over from Alhaji Najimdeen Yasin from Kwara State whose refinement and diplomacy as an enlightened transporter has made the NURTW not only to be better organized but more respected by the Nigerian Labour Congress (NLC) at whose meetings and activities they have been conspicously and we’ll represented in recent times. Meanwhile, the recent election produced Alhaji Tajudeen Abiodun Baruwa from Ogun State as the new National President of the Union, while the hitherto chairman of the Lagos State Chapter of the Union, Alhaji Tajudeen Agbede who initially had the desire of becoming the president is now the newly elected National Vice President.

And as a result of the emergence of the new National Exco, the state chapters across the federation would be having their elections soon to bring on board new set of people to steer the ship of the Union at their different state for the next four years. And that is the more reason the Lagos Chapter of the Union has been in the news for the past few weeks as a good number of powerful and very influential personalities in the fold are currently jostling for the coveted Chairmanship position in the Centre of Excellence as Lagos State is also known. In this report, SAHEED OJUBANIRE presents to you 10 major pillars of NURTW in Lagos State who can never be ignored in the scheme of things. Read on please.

Alhaji Musiliu Ayinde Akinsanya a.k.a. MC Oluomo is arguably the most popular transporter in Nigeria. And this is majorly because he has been a socialite for years with a heart of gold. He gives out freely and that obviously endeares him to all and sundry, especially, Fuji, Juju and Islamic music stars, as well as a couple of hip hop singers too like Olamide Badoo and Teni Makanaki, who have sang his praise in their songs at different points in time. MC Oluomo is the man in control of Oshodi motor parks and was recently appointed as the Caretaker Committee Chairman of the Lagos State NURTW by their national body and he has the ambition of becoming the substantive chairman when the election is finally held.

Simply called Baba Ajilo, Com. Olawale Ajilo is a close associate of the immediate past chairman of the Lagos State NURTW, Alhaji Tajudeen Agbede and was once rumoured as his annointed candidate to take over from him as chairman of the state chapter. Baba Ajilo is a very influential figure too in the Union and he is in control of the Ojota motor parks. Many still believe he would be contesting for the position of the state chairman when it is time for the election.

Fondly called Tafa Sego, Com. Mustapha Adekunle, is a prominent member of the Lagos State NURTW. The fair complexioned close associate of MC Oluomo is also a socialite who many Fuji artistes have eulogized in their albulms over the years. He is in control of a section of the motor parks on Lagos Island.

Kunle Poly whose real name is Adekunle Azeez is a very prominent member of the NURTW in Lagos State. The loyal associate of the immediate past chairman of the union in Lagos State, Alhaji Tajudeen Agbede, was once said to be nursing the ambition of becoming the next chairman in the state. But from all indications, he seemed to have dropped the ambition to throw his weight behind Alhaji Agbede’s annointed candidate, Alhaji Olawale Ajilo against the forthcoming election. Kunle Poly who many prefer to just call “Pooo” is in control of a section of the motor parks on Lagos Island.

Com.  Omotolani Adedayo a.k.a. Obama is a force to reckon with in the Lagos State NURTW. Obama has a very strong personality and he is well respected by fellow big boys in the union. Fuji artistes sing his praise too and he is in control of Iyana-Ipaja motor parks.

Com. Olowode Giwa called Lowode for short is a prominent member of the NURTW in Lagos State. He is also a big force to reckon with in the scheme of things as he wields strong influence within the fold. Lowode is in control of the major motor parks in Egbeda.

Com. Sulaiman Ikudeleti fondly referred to as Kudeti is a big fish in the ocean of the NURTW in Lagos State. And he is also a toast of Fuji musicians because he is a socialite who loves partying where Fuji music would be on offer and he spends well at such places. Kudeti is in control of motor parks in Ijora zone of Lagos State.

Com. Femi Akinboyeku better known as Femi Japlon is a big boy in the circle of NURTW in Lagos State. Femi Japlon is a strong force to reckon with when the discussion is about those dictating the pace of things in the union due to his wide influence amongst his peers. And he has enjoyed appreciable mentioning by top Fuji artistes in their albums over the years. Femi Japlon is in control of motor parks in Fadeyi.

Zagaza, American Boy, Koko Zaria are his nick-names used interchangeably by his admirers, but his real name is Com. GANIU Ayinde Oyedepo. This NURTW Lagos State super big boy is a cousin to Bishop David Oyedepo of Winners and a very close and loyal associate of MC Oluomo. He is a toast of many Fuji Artistes as well as Islamic Artistes and he controls a section of the motor parks in Oshodi.

Com. Bodude Shope a.k.a. Shope Ti E, is a strong pillar of the NURTW in Lagos State. The man in control of major motor parks in Alimosho axis of the state cannot be pushed aside when the list of those who make things happen within the union in the state is being compiled. And he socializes well too.

Meet 50 Society Women Who Still Rock Parties At Over 70