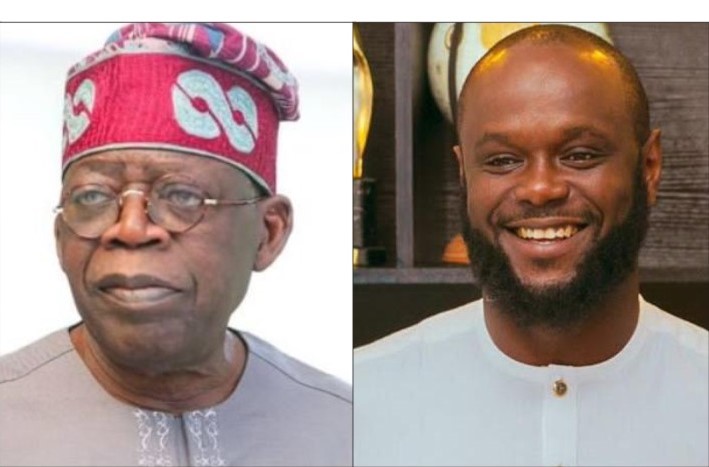 •How He Plays BIG In Advertising, Real Estate

Many people don’t know that Asiwaju Bola Tinubu has a brilliant son, called Seyi, who is a big businessman. Since he was in school, he had always wanted to build his own business empre, with or without his fathers support. And he was able to achieve just that. For Seyi Tinubu, the son of APC chieftain, Asiwaju Bola Ahmed Tinubu, life has been good. It  did not come by just sheer luck or because of his pedigree but simply through determination and hardwork.

In less than 4 years that he started professionally as an entrepreneur, running an active advertising company, he has become a force to reckon with. He has been doing his best to carve a niche for himself that is not associated with his father’s humongous accomplishmens or influence. He runs an NGO apart from his advertising business where he does a progressive CSR as his quota to youth development and service to humanity as a whole.

Although he trained as a lawyer, his entry into the lucrative advertising industry has rewritten how the industry runs. His company Loatsad Promomedia is the rave of the industry now. With Seyi at the helm, Loatsad Promomedia has provided services for various clients in Telecommunications, Energy, Banking, Food and Beverages, Pharmaceuticals, Media, Real Estate, Education and Government, including Lagos State Advertising Agency (LASAA).

His thriving company, Loatsad Promomedia Ltd is an outdoor advertising company which counts some of Nigeria’s leading blue chip and multinational companies among its clients. Since opening Loatsad Promomedia four years ago, he has overseen over 100 completed advertising transactions by the firm representing billions in transaction value. He saw the company opening up its portfolio of services by incorporating digital advertising to its services. In his words on his Instagram handle, he explained that, ‘’We are typically approached by advertising agencies as opposed to a client itself. Loatsad has about every top client in the country. We have Access Bank, Coca-Cola, Pepsi, 9Mobile, MTN and many more. We have also held concerts and events with young artists and entrepreneurs’’. On his growth ambitions, he once said in an interview, “We are picking up on outdoor advertising, though we are also moving into digital and are working to push digital much more now. We are working on traditional popups on websites and phones. We want to eventually move outside of Nigeria and into other African countries. I want Loatsad to be an African brand and eventually move up into Europe and all around the world. In Africa, we are looking at moving first into Ghana, then to Kenya and South Africa’’.

In 2017, his innovative imputes into the industry earned him a prestigious Young Entrepreneur of The Year Award in recognising and rewarding excellence in Nigeria’s entrepreneurs, Advertising and marketing communications sectors.

His huge stride in running a foundation is also a commitment he holds dear to his heart. On his foundation, he once reportedly said, “The Noella Tinubu Foundation has grown to a full-blown movement which is leading an entire generation to change the world,”We run workshops, training, invest, scale; all for the purpose of changing the trajectory of students on college campuses across Africa. Our aim is to provide a risk-free opportunity, and then back it up with the support required to have change.We are distinguished in that we are a pipeline creator, the most fundamental piece of the startup funnel. We turn ordinary students into impact entrepreneurs, because we start with people, not ideas.”The objective of our foundation is to shortcut the entrepreneurial journey for young people, and get them to realize that you can build a billion-dollar business by creatively thinking about some of our world’s toughest challenges.”

According to him, “We pick an exciting area of impact that can be addressed and then we write a detailed opportunity map, outlining where billion dollar companies could be generated’’.

He is also doing well in the real estate sector. He is one of the big developers in Lekki-Ajah axis, especially at Chevron head office in Lekki, where he has some developed properties. The name of his property company is Buckingham Estate.

For Seyi, the sky is just the beginning. Oluwaseyi received a LLB from the University of Buckingham, United Kingdom, in 2011, became a member of Nigeria Bar Association in 2013. Exposure to the law has seen him pursue further legal education (LLM) at University of Buckingham, United Kingdom. Mr Seyi Tinubu’s vast companies and investments span across Energy, Construction, Agriculture, Advertising, Technology, Human Resource, Entertainment, Branding. Over the recent years Mr Seyi has expanded his reach beyond Loatsad Promomedia to establish other companies as well as partnering with various multinational companies within Nigeria on a number of success projects.