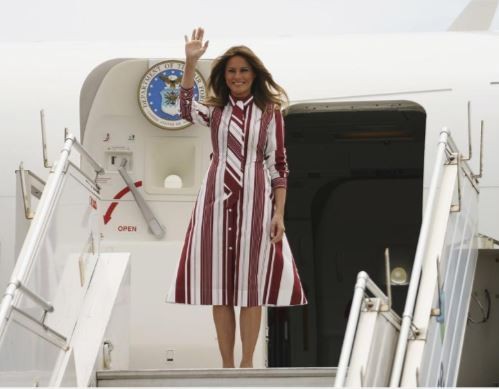 She landed in the capital of Accra on Tuesday morning after an overnight flight from Washington and was welcomed to the West African nation with dancing and drumming and schoolchildren waving mini U.S. and Ghanaian flags.

Ghana’s first lady, Rebecca Akufo-Addo, welcomed her American counterpart. Mrs. Trump also accepted a bouquet of flowers from an 8-year-old girl before walking along a red carpet into an airport lounge for a brief meeting with Akufo-Addo.