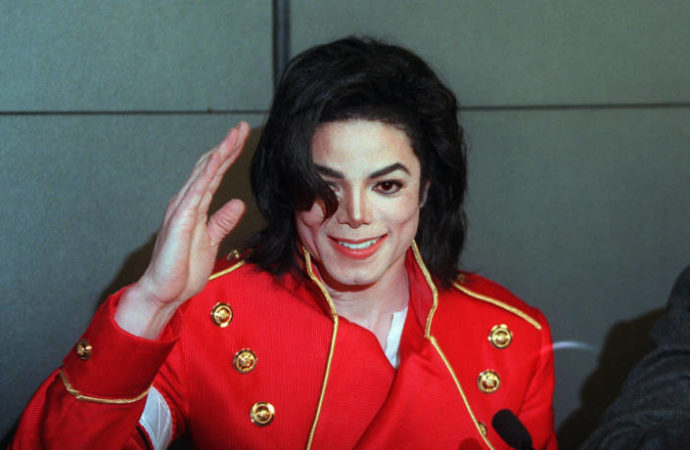 Michael Jackson passed away in 2009, and on this day, August 29, when he would have celebrated his 60th birthday, here are 7 songs that crowned him king of pop.

The legendary singer, songwriter, performer and showman would have been 60 years old today, if he were alive.

During his time on earth, Michael Jackson, the child star, seventh of nine children and member of the Jackson 5, alongside his brothers, Tito, Jackie, Jermaine and Marlon grew to become one of the most admired artists on earth due to his many talents.

He Influence not just the music world but pop culture with his outfit that included shiny jackets, hats and wearing a glove on one hand when on stage with his eclectric dance step inspiring many around the world who tried to imitate his moon walk or robotic moves.

Michael Jackson in the video for Thriller

Outside the controversies, which highlighted his many failings as an individual, the music was what defined his career the most as he delivered a very stellar discography laden with hit records.

Jackson is also regarded as one of the highest selling entertainers of all time with a lifetime record sales tally believed to be around $750 million, with 13 Grammy Awards also to his name.

Here are seven essential songs that proves why he was undoubtedly the king of pop.

Released as an album in 1982, it became an instant hit yielding seven top10 singles.

The album reportedly sold over 21 million copies in the United States and at least 27 million worldwide.

It was an album created out of outsized ambitions, as according to him, he wanted to make a record that would turn him into the biggest star in the world and this he successfully achieved.

The single itself is one for the record books, with the video gravitating into a defining moment for music videos.

At 14 minutes long, the visuals which depict a classic horror movie which made its debut on MTV, is widely regarded as the most influential pop music video of all time.

‘Earth Song’ is a song from his ninth studio album ”HIStory: Past, Present and Future, Book I.” It was released on November 27, 1995, as the third single from the album.

This was a song ahead of its time, as it warned against climate change, and how the earth was being abused.

Growing up, this was one of the early songs that opened my eyes to the dangers of racism and the power of unity.

The song became the fastest-selling in the US since ‘Get Back’ by The Beatles in 1969 and also compelled a historic performance at the half-time of the 1993 Super Bowl event.

‘Man in the Mirror’

In this era, where musicians now openly talk about depression and internal battles, ‘Man in the Mirror’ is that song that serves as the therapy session.

Released in 1983 as the second single from the Thriller album.

The song which was reportedly mixed 91 times by engineer, Bruce Swedien, is one of the highest selling singles of all time and one that further shot him to the zenith.

The video for the song drew attention to MTV and kickstarted its significance in popular culture.

It is also credited with breaking the hold of the ‘racists in charge’ who refused to play videos featuring black performers.

It was while performing the song at the Motown 25 that he debuted the famous moonwalk dance.

‘Heal The World’ is a message of hope, one he said before his death is the song he was most proud to have created.

The song touches on making the world a better place for everyone and the stop existing and start living.

Another gem from the Thriller album that got to the number one position on the charts in April 1983, spending 25 weeks in total.

‘Beat It’ is one that invites you to the dancefloor with its guitar-laden production, while also staying confrontational in its lyrics.

Michael Jackson at 60 7 songs that crowned MJ as the King of Pop was last modified: August 29th, 2018 by Igbokwe John