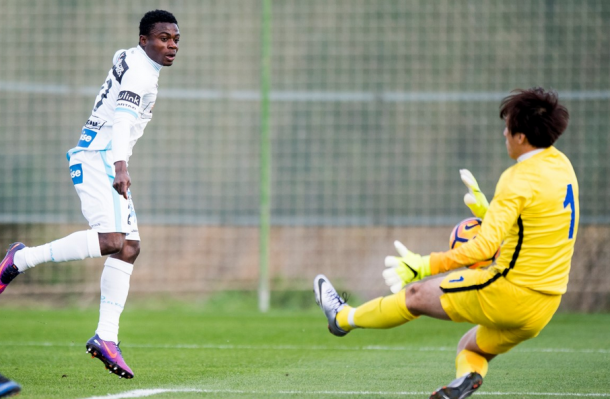 As Nigerian professionals start a new adventure in the Chinese Super league today, Saturday, March 4, 2017, a former Eagles defender, Ifeanyi Udeze has admonished Nigerian players to remain committed to national team cause even as the growing interest in the mega-rich Chinese Super League continues.

Eagles captain Mikel Obi and new team-mate Brown Ideye as well as Odion Ighalo, Anthony Ujah and Obafemi Martins will be in action this weekend as the season in China kicks off.

The transfer window in the Asian country closed on February 28 and the attention will shift to China as Nigerians wait to see their stars in action.

“I have no issues with our players moving to China. We play football because we are blessed with that gift but also to earn a living, cool,” Udeze said.

“However the lure of money should not let them be less committed. I believe they will understand that things change very fast in the game and players can come and leave clubs at will.

“Thankfully we have a new coach who knows what he wants. The man is a god coach and I also want to commend the spirit we saw recently in the Super Eagles. We are aware of the might of Cameroon ( a reference to the 2018 World Cup qualifiers) but I believe in this group of players. Let them just remain focused.”

Super Eagles skipper Mikel and Ideye will lace their boots for Tianjin TEDA against Shandong Luneng while Obafemi Martins will be in action for Shanghai Greenland Shenhua, even as former Watford striker, Odion Ighalo makes his CSL debut for Changhua Yatai against Shanghai SIPG.

Anthony Ujah will lead the attack of Liaoning when they confront Guizhou Zchicheng, while Africa Women’s Footballer of the Year, Asisat Oshoala seeks to start her career in China this weekend for Dalian Quanjian on a winning note.