I Miss Active Journalism Practice In The Newsroom 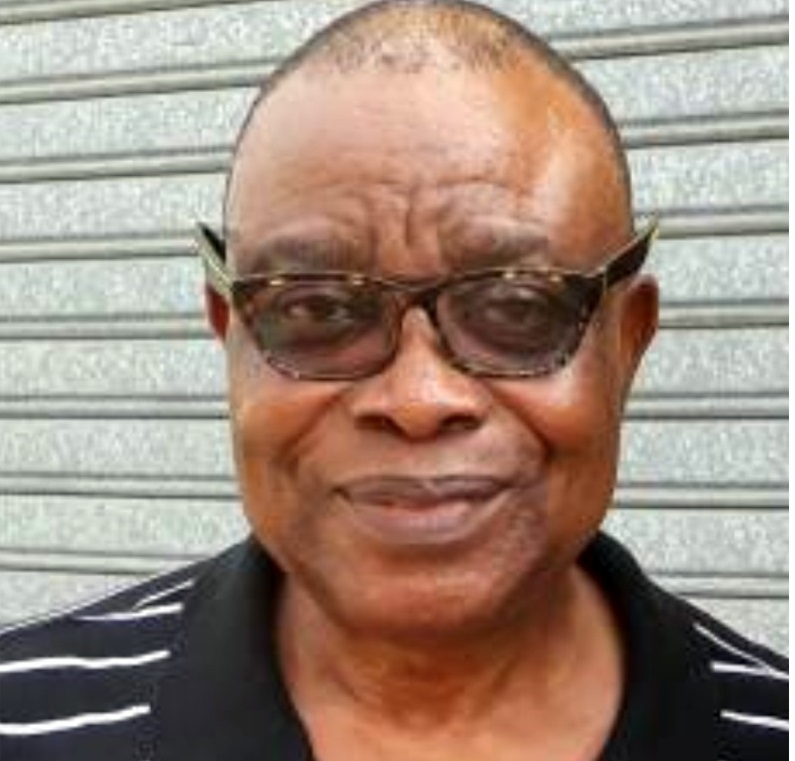 For very many years, Sir Folu Olamiti was a shining star in the firmament of The Tribune Newspaper group in Ibadan. He started as a cub reporter and rose to the very top of the editorial  ladder within that media house set up by the late  Western Region Premier. Chief Obafemi Awolowo. He left The Tribune over 10 years ago and had moved on to work in the public service. He also left after having had a meritorious service at the ICPC. Though, he has retired, he is  not tired as he is still very active on line, where he runs a news service. He also analyses issues and developments on the national scene. Almost on a daily basis, he brings his wealth of journalistic experience to bear on his analysis. He is one of the media topshots who have had the benefits of both worlds, as he had worked as a Journalist and  in the public service.

In those good old days, his name revebrated all over the media. He was one of the top newspaper editors in Nigeria.That was in the 80’s and 90’s. He had the priviledge of being one of the longest serving editors on the TRIBUNE stable.

He edited the Sunday newspaper and then the daily after which he was made the Executive Director, (Operations) and later ED, (Publications). He was if you like, the Editor-In-Chief of the group.

After spending 32 years, this media guru left the media to go and do other things. One of which was to be a Consultant to the ICPC’s boss. He worked there for 10 years. Now at 67, he is in semi retirement. But he still consults. He is deeply into pastoral work with the Anglican Communion. Many who know him are not surprised at his decision to go and do God’s work. His dad was a Cathechist and he himself had set out when he was young to be a pastor before fate played a fast one on him and he joined the TRIBUNE in 1972 as a Cub Reporter. The rest is history.

A few months back, Uncle Folu, as many younger professionals call him spoke to City People, Publisher, SEYE KEHINDE, about his life and career. Below are excerpts of it.

Of course, I do. It’s been in my blood to be reading and writing. Things have changed now. In those days, in our days, we used to listen to Redifussion. In those years, we used to tune to BBC to pick stories. We had fax machines. We listened to bush radio. When I was in the Tribune, we used to listen to radio to pick budgets and we wrote our stories from there. And it would be a good story.

Alhaji Jakande would tell me, at that time, if you follow  me to any assignment you must write your story in your head. You must write the intro in your head. One day, we went to Ile-Ife to cover Baba Awolowo’s event. On our way back to Ibadan, in the car, Alhaji Jakande asked me: Folu, have you written your story? Do you have the intro? I smiled. I said: Oga, when I get to the office in Ibadan, I would do it. He said what do you mean? I said “okay sir, but I am driving”. He asked me to park the car and he took over the steering. He said let met drive so that you could write your story and read to me. I trained the hard way. And I am very happy today that the training Alhaji Jakande gave  me made me what I am today. He did a very good job on me.

One day, he had to write an editorial for the next day’s edition and he had to go somewhere. He had to ask me to  jump into the car. He was driving and he was dictating the editorial and I was writing it out.

We got on the express and went through Ijebu-Ode. When we got to Ijebu-Ode, he said I should read it to him. He made a correction., A car was coming behind us. It was  a Volkwasgen. He had a 404 Peugeot. When we got to Ijebu-Ode, he came down and entered his car and I took the editorial back to Ibadan. That was how he trained people. He trained people the hardway. The man is a computer. He has a computer brain.

The strongest editorials you read in the Tribune then were his making. That is where we took our own training. That kind of training, is no more available. People now like to ride fine cars and live in big houses. News, to them, is nothing serious. You can pick news up in your bedroom. The social media have made our reporters to be very lazy. Most reporters now fine-tune social media stories and represent them as their own. Reporters need to be trained now by their seniors so that they could survive.

If care is not taken the Tsunami that is coming in the print media would sweep away many lazy reporters. Print journalists should not sit down today and be brooding over the bad situation of the industry. Let them get creative. Le them be creative in going to source for advertisement,  you have to define the kind of stories that go into print now. It is a record thing. The print is something you can hold and keep. You can show it to your children years after. Anything on social media is gone. It flies away after sometime.

I appeal to our media executives, please watch the cost. Cost is key. Let it be moderate. I know things are very difficult in the market, things are costly. If you take the cost of papers, ink. The economy now is bad. Hardly can you find people who can buy one or two newspapers a day. People buy only one.

Even in ministries, they have cut down number of newspapers they subscribe to . Those who have advantage are those newspapers which cover entertainment such as City People, people like it.

I Miss Active Journalism Practice In The Newsroom was last modified: January 22nd, 2018 by Seye Kehinde