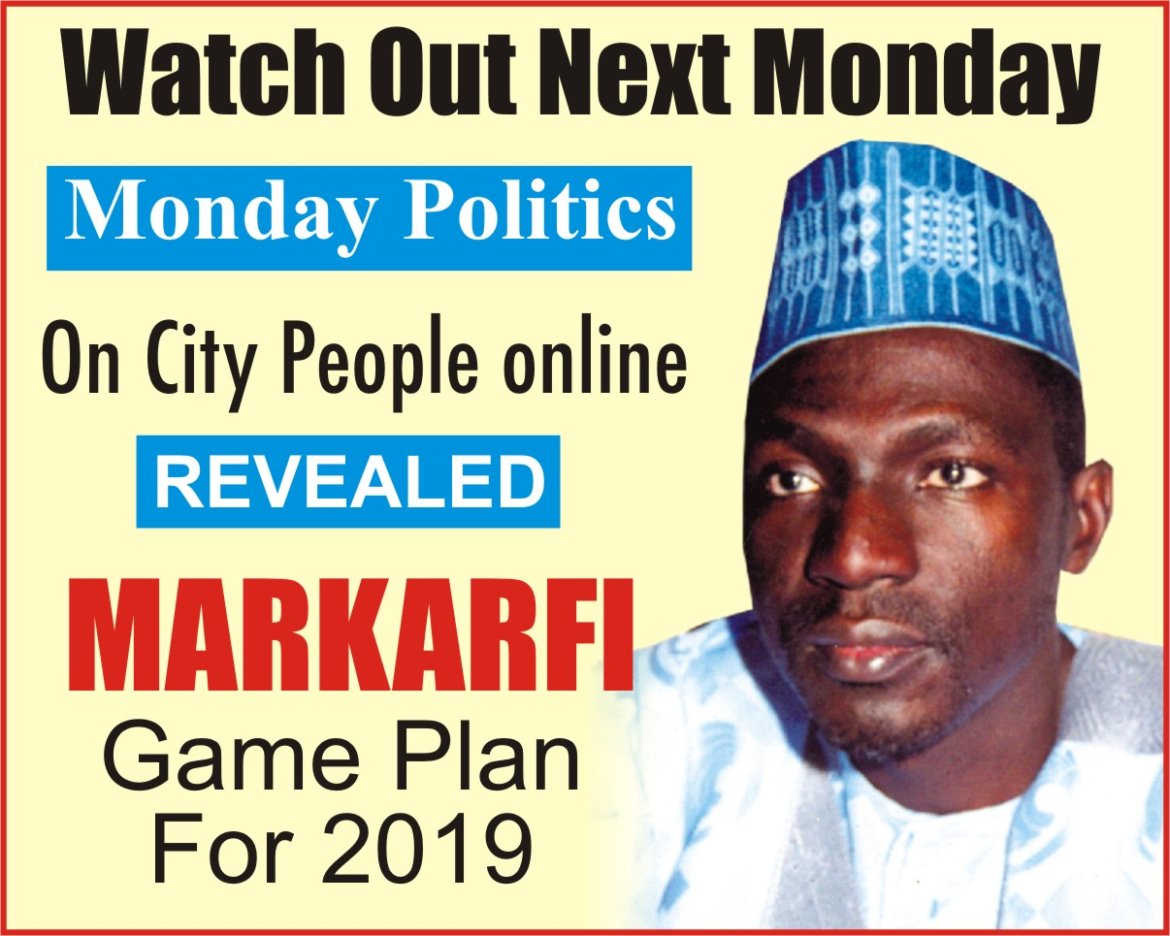 The leadership crisis in the People’s Democratic Party (PDP) is deepening as supporters of Chief Bode George call for the resignation of Chairman of the party’s National Caretaker Committee, Sen. Ahmed Makarfi.

A faction of the committee reportedly headed by Senator Iyiola Omisore, had purportedly zoned the chairmanship candidacy out of Lagos state, making it impossible for Chief Bode George to contest.

There was also a circulating PDP chairmanship candidate list which reportedly excluded the name of Otunba Gbenga Daniels from the chairmanship contest.

These are coming a few weeks after the Senator representing Ogun East; Buruji Kashamu accused the interim chairman of manipulating the structured process to achieve self-vested interest. Buruji also pointed out that “Makarfi is eyeing the presidency while his caretaker colleague, Adeyeye wants to contest the Ekiti governorship”

Otunba Gbenga Daniel, Chief Bode George, and Makarfi are almost of the same political pedigree, making it almost tough for any of the intending candidate to align with Makarfi’s perceived interest.

Alhaji Ibrahim Aliu, the Director General of the Organization, maintained in a statement he issued on Tuesday, November 21, 2017, in Abuja that  Makarfi is brazenly allying with a particular PDP Chairmanship aspirant in the South-South in other to achieve his presidential ambition.

There were also allegations that Makarfi was planting the agents of his favorite South-South candidate to stage manage “warped and skewed congresses” in an undisguised mockery of all the normative patterns and pastime of PDP founding fathers, a premise upon which party loyalists call for his immediate resignation as Sitting Chairman of the party.

It was reported that the emergence of Chief Raymond Dokpesi, the chairman of Daar Communications who is regarded has Makarfi’s stooge, will give him an easy sail in his quest to grab a presidential ticket from the party.

Makarfi in reaction to the allegation, described it as “ridiculous and unfortunate,” and said that the aspirant (Bode George) may have sensed that he would lose.

He advised George to concentrate on his campaign rather than raising baseless allegations.

While party faithful await the end of the interim era after December convention, the allegation levied against Makarfi has birthed a degree of consciousness among political analyst, to consider the chances of emergence, should he decide to run for presidency in 2019 under PDP.

Having studied the political climate, one may be tempted to align with the notion that Makarfi may have, not only considered his chances of contending against the ruling All Progressive Congress, APC, but also beating the odds to emerge the President of Federal Republic of Nigeria come 2019.

With the degree of responsiveness and participative mentality of Nigerians today, spiced the existing standard of credibility, integrity and reliability as voters’ standard, Makarfi may be tempted to give a shot at ‘higher calling’.

City People Online considers these 5 stones from the brooks that could place the presidential ticket conveniently into the palm of Makarfi.

Makarfi hails from Kaduna state, a part of the northern political zone. This is the region where the ruling president, Mohammadu Buhari comes from. If any political party wants to take the 2019 elections seriously, the zoning system should serve as a basic structure. Makarfi is not new to northern politicking, having served diligently as two term governor and senator. He understands the terrain and will no doubt give Buhari a run for his money.

The possible opponent that might also enjoy the zoning system from the PDP is former Governor of Jigawa State, Sule Lamido. However, presenting Lamido as the flag bearer for 2019 presidential election against the ruling APC is politically suicidal for the opposition.

Mr. Lamido and his two sons were arraigned before the Federal High Court, Kano State, on July 9, 2017 for allegedly misappropriating funds belonging to Jigawa.

The EFCC lawsuit hanging over his neck and his sons’ will be played on a bigger stage and will no doubt repudiate his chance to shine at the general elections, should he manage to scale through the party primaries.

Makarfi may have seen himself as best alternative for PDP presidential candidate but might still be waiting for the best time to come out with his intention.

However, with the decimated structure of the party and the crisis rocking the boat, he needs a loyal PDP party chairman to guarantee his emergence as the anointed presidential candidate in 2019.

Of all the chairmanship candidates, it is believed that only Dr Alegho Dokpesi can bend to the per mutative tendency of his superiors as Chief Bode George, who is one of the surviving founding fathers of the party, and Otunba Gbenga Daniel are of the same political pedigree with Makarfi.

Chief Bode George, as of now is the oldest member, who still believes in the ideals and tenets of the old PDP. With him, nothing could go wrong with the existing structure.

Otunba Gbenga Daniel on the other hand has risen through the ranks in the political space and by reason of political relevance, might not fit into any political office outside presidency or party chairmanship. He is a phenomenon within the right age to recreate the new age PDP.

This is not the first time Raymond Dokpesi is contesting for PDP Chairmanship position.  He might have been sponsoring political cause underground from time. In terms of political experience, he is the youngest. This means he is likely to be having underground support.

Amidst apprehension over who will bear the flag in PDP camp, former vice president under PDP, Atiku Abubarker on Friday, November 24, 2017, announced his resignation from the ruling All Progressive Congress, APC

Atiku hinged his reason for leaving APC to “a draconian clampdown of democracy, a derailment of its set objectives in governance and the abandonment of the Nigerian youth”.

Although, tiku only announced his resignation and not reunion with PDP, recent report indicated that there were concerted efforts by some PDP leaders to bring him back to the party’s fold but that he gave conditions, including an assurance that he would be given its automatic ticket to contest the 2019 presidential election.

Atiku Abubakar, who has been tagged as  “serial party contestant “ , might have served in a higher national capacity than Makarfi in the past but two major factors gives Makarfi a higher advantage; membership stability and ‘almost-clean’ political sheet.

Makarfi’s victory at the Supreme Court in July served as a test of his popularity outside the comfort of his constituency. The victory was celebrated by all and sundry across the country from within and outside the party. Even the ruling APC congratulated Makarfi over his victory against Ali Modu Sherrif at the Supreme Court. Like Senator Rabiu Musa Kwankwaso, Makarfi is a northerner who is loved by the southerners. He is a leader who rather choses to believe in people as easy as an offer of handshake.

It can be shocking to also note that despite losing at the Supreme Court, Ali Modu Sheriff, pledged the commitment and loyalty of his supporters and loyalists to the ideals, goals and principles of the party under Ahmed Makarfi’s leadership.

His Achievements As Two Term Governor

His delivery while he was a governor, who championed security issue in the case. He tacked security issue in Kaduna such that religious crisis was at minimal. He continued to hold sway before the period he eventually lost the second term election against Ahmadu Yaro.

Makarfi never had any political issue until Alhaji Ahmadu Yaro came on board. The crisis was politically induced and Obasanjo came on board and supported Makarfi. Privileged information also has it that he is OBJ’s favorite loyalist.

Considering all these political tools, observers the impression that his defeat in any election in then the north will be near impossible.

President Buhari has amassed popularity among more than half of Nigeria’s population. Any party who wants to contest against PMB must produce a candidate who can stand shoulder to shoulder with him.