Home Science Moon could be wetter than thought – scientists
Science

Moon could be wetter than thought – scientists 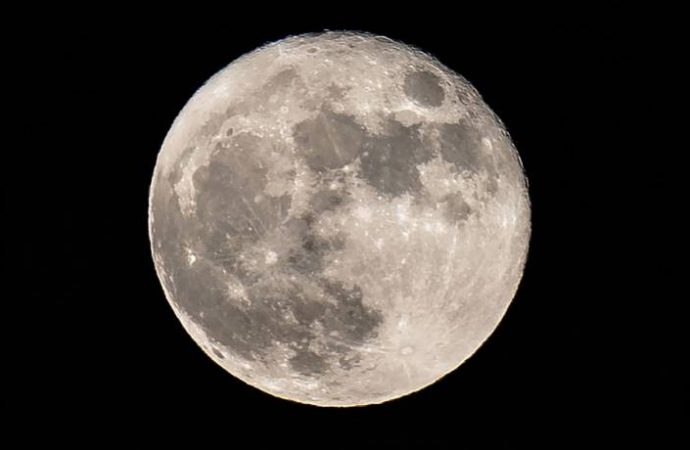 The Moon, long thought to be a dry, inhospitable orb, hosts surprisingly large sub-surface water reserves, which one day may quench the thirst of lunar explorers from Earth, scientists said Monday.

“We found the signature of the lunar interior water globally using satellite data,” Shuai Li, co-author of a study by scientists at Brown University in the United States, told AFP.

“Such water can be used as in situ resources for future exploration,” said Li, a postdoctoral researcher at the University of Hawaii and Brown Ph.D graduate.

Li noted scientists had believed the Moon to be “bone dry” until about a decade ago, when scientists found evidence of water — an essential ingredient for life — in pebble-like beads brought back by Apollo missions.

The Brown findings show numerous volcanic deposits distributed across the surface of the Moon contain “unusually high amounts of trapped water” compared with the surrounding terrain.

They say the discovery of water in the ancient deposits, which are believed to consist of glass beads formed by the explosive eruption of magma from beneath the Moon’s surface, boosts the idea that the lunar mantle is surprisingly water-rich.

“The key question is whether those Apollo samples represent the bulk conditions of the lunar interior or instead represent unusual or perhaps anomalous water-rich regions within an otherwise ‘dry’ mantle,” said Ralph Milliken, lead author of the new research, published in the Nature Geoscience journal on Monday.

“The distribution of these water-rich deposits is the key thing,” Milliken said. “They’re spread across the surface, which tells us that the water found in the Apollo samples isn’t a one-off,” he added.

“By looking at the orbital data, we can examine the large pyroclastic deposits on the Moon that were never sampled by the Apollo or (Soviet) Luna missions,” said the associate professor at Brown’s Department of Earth, Environmental and Planetary Sciences.

“The fact that nearly all of them exhibit signatures of water suggests that the Apollo samples are not anomalous, so it may be that the bulk interior of the Moon is wet.”

Scientists believe the Moon formed from debris left behind after an object about the size of Mars slammed into the Earth early in solar system history.

They had assumed it was unlikely that any of the hydrogen needed to form water could have survived the heat of that impact.

“The growing evidence for water inside the Moon suggests that water did somehow survive, or that it was brought in shortly after the impact by asteroids or comets before the Moon had completely solidified,” said Li.

The volcanic beads contain only tiny amounts of water but the deposits are large and the water could potentially be extracted.

“Other studies have suggested the presence of water ice in shadowed regions at the lunar poles, but the pyroclastic deposits are at locations that may be easier to access,” said Li.

“Anything that helps save future lunar explorers from having to bring lots of water from home is a big step forward, and our results suggest a new alternative.”

Moon could be wetter than thought – scientists was last modified: July 25th, 2017 by Arinze Ago

Naked Man Cuts Off His Own Penis in Broad Daylight, Runs Through the Streets Covered in Blood

City of the Dead Revealed? See the...