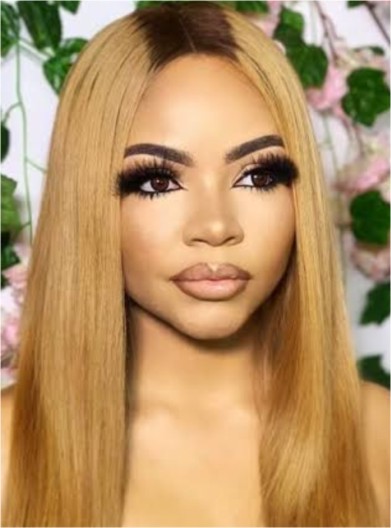 Akogun John is an indigene of Ondo State. He is a fast-rising Nigerian rap artiste, popularly known as Kayzmoore. Kayzmoore, at a tender age in 2013, started his career in music. He had a successful release of his freestyle online, “Boss Wa”, which attracted attention, buzzing and making waves on the internet. He’s gone to the drawing board and owing to his love for people on street, he recently dropped a song, entitled: Lose My Mind, which was inspired by his mom and produced by Sharnor.

It appears the romantic relationship between BBNaija housemates, Erica and Kiddwaya has crashed.

Recall that the duo had a steamy session penultimate Sunday night, which got viewers of the show talking. Erica had also told Laycon that she was physically attracted to Kiddwaya and had a soft spot for him. However, on Wednesday night, Erica made a U-turn and told Kiddwaya that they should go back to being just friends. According to her, “My brain cannot handle this relationship in this house. I don’t think I’m ready to handle a relationship here. Let’s just go back to the way we were, just friends. “It is not certain if the break up is because of her earlier conversation with Laycon, where he said he felt disrespected whenever she’s with Kiddwaya.

Big Brother Naija Season 5 Housemate, Lucy, said she would love to leave the reality TV show, owing to the challenges she had been facing. The former head of the house-made this known last Wednesday while discussing with fellow housemate, Dorathy. The 30-year-old entrepreneur from Lagos said that she was fed up with housemates who had not been taking her suggestions during tasks and selecting their favourites. Lucy said: “I’d rather not be here cause of so many things in Biggie’s house. Let me just leave before I cause problems. I will learn from the outside. I don’t want to be seen doing certain things.” However, Dorathy advised her to stay, learn from housemates and quit being too emotional. During their discussion, Dorathy also told Lucy about her relationship with Ozo and how the male housemate stood to benefit more from her than she could benefit from him.

NENGI REVEALS WHY SHE WAS IN THE SHOWER WITH OZO

Big Brother Naija Housemate, Nengi, has revealed why she went to meet Ozo in the shower. The incident was exposed by a fellow housemate, Neo, who told Eric that he saw Nengi entering the bathroom when Ozo was inside.

Many fans of the show had thought she went there to have sex with the birthday boy, who had been panting for her. She probably might have felt that she needed to talk on the matter, so as to clear the air for viewers. Nengi cleared the air while discussing with Praise, who was alleged to have had s*x with evicted Ka3na. She said,

“Ozo was not fully dressed, but not naked either. I wanted to have a conversation with him about something and it definitely had to be in the shower”.

Controversial singer, Naira Marley, has rejected a lady who offered her private part to him for free, hence calling her a devil. Naira Marley in a tweet asked ladies to give their p8$$y to men they love and the lady in reaction to Naira Marley’s directive offered hers to him. The lady asked him to come for her and Naira Marley, who seemed not pleased with the offer, rejected the lady by calling her a devil. He, therefore, asked her to take down her pinned tweet as he claimed it’s irritating, seeing the lady almost half (dressed) n@ked and reading a Bible.

Winner of Big Brother Naija Pepper Dem edition, Mercy Eke, has literally set the internet on fire with a video that captured the moment she was rocking her boyfriend, Ike Onyema, at an event. The video was shared by Ike on July 23, via his official page on Instagram. The event was tagged: “One Life” and had several other guests in attendance. Clad in a bikini and a lace transparent top, Mercy rocked Ike in a rhythmic and steady flow, while cool music played in the background to complement her moves.

Controversial pop singer, Azeez Fashola, popularly known as Naira Marley, has cleared the air on a very sensitive topic about his personal life. In his recent tweets on twitter, Naira Marley who is the president of a set of people all over the world known as “Marlians”, came out to deny doing drugs. According to the 26-year-old, although he smokes weed, he doesn’t do drugs. In his words “I don’t do drugs I just smoke weed.

Opeyemi Babatunde Rahim, known professionally as Lyta is a singer and songwriter. Lyta, the 23 years old, just welcomed a baby boy, on the 23rd of July, 2020 with his little girlfriend. He signed a record deal with YBNL Nation, in 2018, but left the label in May 2019 after having a disagreement with Olamide. Many are wondering how he could do that at his age. No one is yet to know this queen that brought little Lyta to the world. Congrats to Lyta.