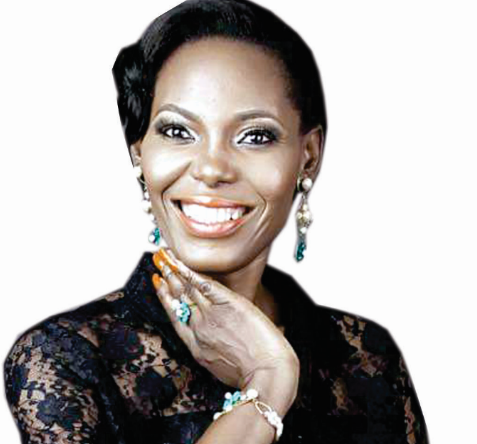 Eniola Salu-Akintunde is an indigene of Agbede town, Itsako-West in Edo State. An alumnus of the University of Lagos. She has a great passion for the fight against cancer. At the Niola Cancer Care, Foundation, the first Colorectal Cancer NGO in Nigeria, she and her team are committed to reducing death-rate arising from cancer in the federation by creating an unmatched awareness on the disease, encouraging screening for early detection, supporting colorectal cancer patients and supporting research for a cure. She is also an award-winning gemstone designer, Eniola is the CEO and Lead Designer at Styles by Saennys, a company founded over a decade ago. The firm designs exquisite jewellery, using well-polished and high-grade gemstone with precious metal. In this article culled from Gen Women, she recounts her ordeal with CANCER.
“My life took a turn from the day my late husband was first treated for Typhoid Fever, stomach pains and then blood infection which was later diagnosed as Colorectal Cancer. The journey started in 2012, Gbolahan and I thought it was the normal illness. He started receiving treatment after his surgery, but cancer came back aggressively after his chemotherapy. We sought further treatment in India where he finally passed on at a young age of 39. In 2013, I brought his corpse to Nigeria for the funeral. Things were never the same again.
I had a life-threatening and bitter experience that nearly cost me my life especially my sister-in-law. During the period my late husband was ill, up to the time after his death, I was his sole caregiver. With funds from sympathetic friends, church members and one of his uncles, we were able to manage his treatment, which cost N350,000 every 10 days for a year. However, cancer came back. It was at this point that we travelled to India. Despite all of this, I was accused of giving my husband cancer coupled with allegations that I killed him. My sister-in-law-abused and attacked me physically and emotionally. While still mourning his death, she beat me up. Because of the stress I experienced in caring for him (caring for a last stage cancer patient is draining), I was also going for treatment too. I was tired of life, I wished for death to take me away. I questioned my existence.
What exactly was happening? I had experienced the death of a child after patiently waiting on the Lord for years, with several miscarriages. And now, the death of my best friend, the best husband in the world. Yes, I lost hope at a point, I did not want to believe there was God anymore, I questioned Him. I stopped praising God. I got to a brick wall. But God stepped in. He restored me, giving me hope of a new dawn. He took me through the fire for a purpose. He refined me, and, like gold, I came out stronger, better, bold with more confidence. I came to realise God will always be God through the bad and the good times. Refined by the experience, I do not have any other choice than to serve humanity.
He kept me for a purpose, the NIOLA CANCER CARE FOUNDATION was born– the first colorectal cancer NGO in West Africa. From this scar, a vacuum has been filled. I remember when ‘Gboly’ was ill, there was no colorectal cancer NGO I could talk to. Today, to God be the Glory, the story has changed.
Nigeria has one of the highest death-rates resulting from cancer, with over 300,000 new cases every year and over 200,000 annual deaths from cancer. This World health statistics may not exactly be precise because we are in a country where people die and autopsies are not carried out on most of the corpses. The figure above pales into insignificance in comparison with the reality. All this put together with the fact that cancer is a dreadful plague, a short supply of medical equipment and functional radiotherapy machines in Nigeria is scary. With a population of over 180 million people, the country lacks adequate Cancer-care Centres. As we are made to believe there is no cure, early detection makes all the difference. Get screened, go for medical check-up, not all checks are expensive.
Nigerians buy Aso-Ebi, living extravagantly by spending on parties money which should be put aside for better use. Pay attention to your body. When cancer patients are in their final stage, nearing the end of their lives, the society, the system and even family and friends disappear. They give up on them before the patient dies. This is so wrong, they have a right to treatment, lots of love, care and support. We should try to make them comfortable in every possible way to alleviate their pains. This is the reason Niola Cancer Care foundation visits cancer patients on admission in the hospital twice a year. We pray with them, donating gifts and showering love on them. We do this on Niola Founder’s Day (every 18th of June) which is my birthday. The platform is tagged: ‘Celebrating With the Victors’ and every Christmas Day, we hold annually, ‘Spending Christmas With Cancer Fighters.’

To Succeed In Life, You Have To First Discover Your Purpose •Motivational Speaker, JANET ADETU Reveals Her Success Story @ 50