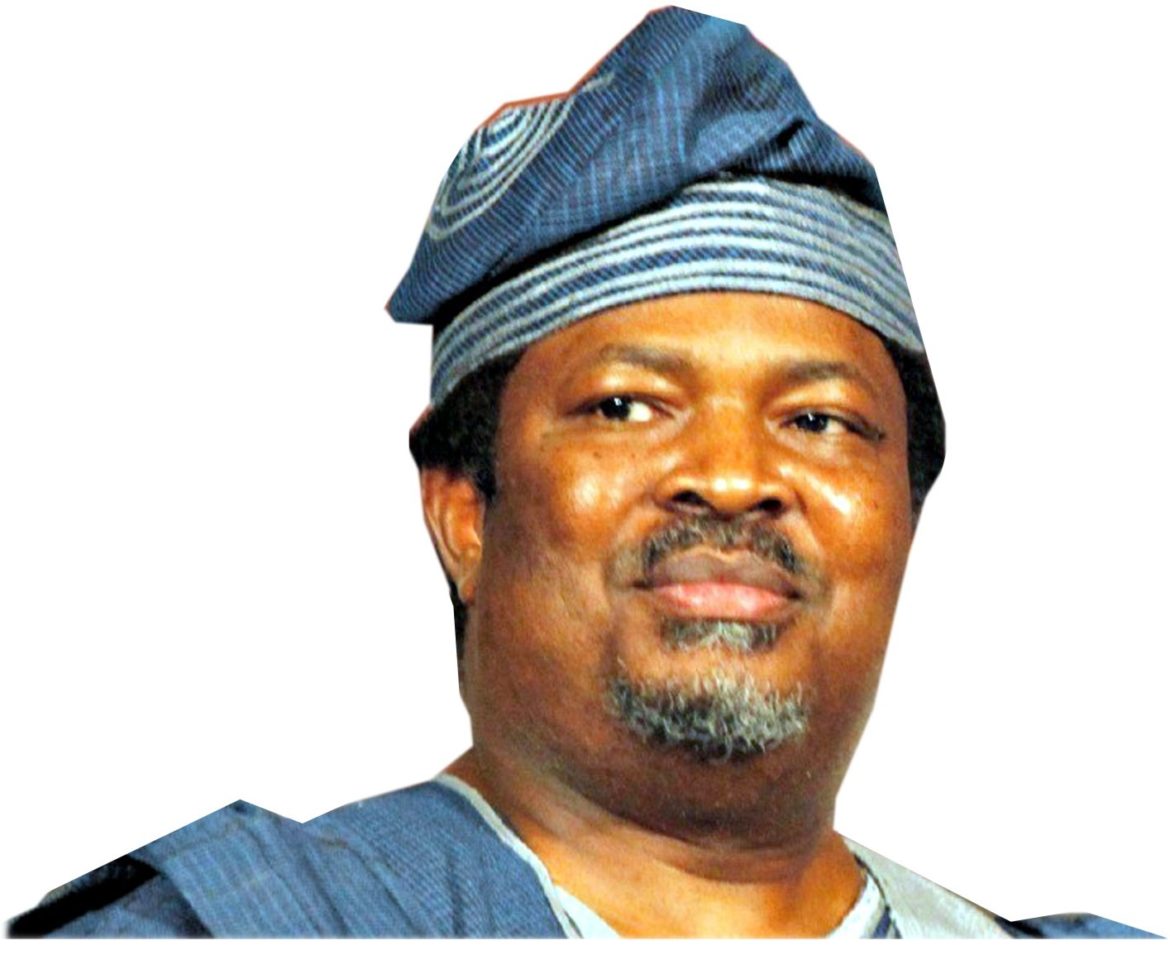 Thisday Publisher, Prince Nduka Obaigbena, hardly grants interviews. Last Wednesday, he broke his rule. He granted City People Publisher SEYE KEHINDE an interview on his 42 years in Journalism. Below are excerpts of the interview.

How do you feel, looking back at 25 years of Thisday newspaper?

I feel great. I feel happy. If you look back, this is actually my 35th year in publishing, if you add Thisweek Magazine to it. This is because Thisweek was there for about 10 years and then Thisday Newspaper. So, if you ask Thisweek & Thisday and all those TimeMagazine years, you will also have 35 years. If you add The DAWN Magazine, you will be looking at almost 40 years. If you also add my years at The Nigerian Observer you will be looking at 42 years in Journalism. So, I have been around for a long while. Aside from Uncle Sam of Vanguard Newspaper, I am not so sure of how many practicing Publishers or journalists who have been around this long, without going on to do other things.

How have you found the experience?

How have you seen the various changes that the industry has witnessed over the years?

I welcome change. I embrace them. The world is about Change. Look, like I told you before the interview, when I started, I was a Cartoonist and Writer for the National Observer 1978/79 and when I was in the University, I continued to do that. And I evolved. I then went to work for Time Magazine before coming back to start ThisWeek, which you were part of. In 1988/89 Time Magazine named the Computer as Man of The Year. That was the time when Computers started to have an impact. The Computers began to cover life and what we were doing, just like social media is doing today. Once the Computer became the man of the Year, things started to change rapidly. News was becoming more instant. And it has evolved since. So, as the delivery methods evolved, News changed. News became more instant. So, I saw that the idea of a weekly news magazine had to be revamped. I saw that very quickly. We also had problems at ThisWeek then with production facilities in Nigeria. We use to write here and print abroad. And then came Devaluation of the Naira that changed the Business model. And then, we rested ThisWeek and we moved into Thisday and we quickly established ourselves as an authoritative paper. We offered a brand of Journalism that was different and authoritative. And we came with a Sunday title that kind of responded to what weekly magazines were doing. So we were out with the print, which is a more detailed form of journalism. And that has earned us our stripes and we have moved in our strides.

Why go into TV? Why set up Arise TV?

There was a need for that. As news became more instant, the compelling need for television became more real. So, our original idea was to call it This Minute From ThisWeek to Thisday to This Minute. But we thought This Minute or Arise. It will be giving you news to the minute.

Why did you choose Arise?

Arise was Africa Rising, Africa was rising. We launched an African Rising Initiative with Thisday at the Royal Albert Hall in London and we produced a magazine from Africa Rising to ARISE. That was how Arise came about. So from the Arise magazine and its success in the UK and abroad, we created Arise out of it.

You are also into streaming…

What drives Nduka Obaigbena? That is the big question people have been asking. You keep moving from one thing to another, no slowing down…

Many people say there is no word like IMPOSSIBLE in your dictionary. Is this true? Is it true Nduka Obaigbena does not usually take No for an answer?

How can I take No for an answer, when everything is possible. Change is Possible. Drive is possible. Keep trying. Just keep walking. Find a way to do it. Create the way if none exists. That is why you are a man. Confront impossibilities. Find a way to do it. Find a creative way to do it. I am always creative in anything I do. Luckily I come from a creative background. As you know, there is no job in the media I have not done. Name it. Is it to write? Is it to draw cartoon? Is it to design? Is it Graphics? Is it to print? Is it to take Pictures? In those days I use to take pictures. I have rolled printing presses. I have done all of that. If a press breaks down I know what to do. Is it in TV? I know how to edit and to shoot. Is it to write. I follow the same theory. Just use different ways to transform it. You should always try and be ahead of technology. Try and study Technology, but I know a big of technology. You have to know a bit of everything to enable you discuss intelligently. Is it Law? Is it Commerce? Is it Finance? Whatever. Your job as a Journalist is not to be an expert in one. It is to have some expertise in a broad range and get the people that will deliver that. Because you have a little knowledge of it, you can drive it. You can drive the vision and they can put it in place. That is all.

How have you coped with the various challenges you have come across in your career?

When you were young, did you ever think this was what you were going to end up doing?

Well, I have always been in this space. I tried to survive with this, right from when I was in school at Edo College. I started very early. I have done so many things, using the power of my hands and the power of my ability to draw. I have done everything you can think of. I used to be a screen printer, I used to paint. I have done Sculpturing job. I have done designs. I have written books. I have written poetry. I have done all that. So, I am multifaceted. So there is no part of the creative world that I am not comfortable in. That is a gift of God and I always use it to achieve what I need to achieve and to cause change in the society and to make the society a better place to live in.

When you turned 60 last year how did you feel?

I felt fulfilled. I felt grateful to God for having kept me, despite challenges. As you know, I was ill at a point, but I overcame that very quickly and with God on my side I keep moving. So, I have been renewed for the next 40 years or whatever number of years God gives me. My principle is whatever it is, you keep moving. Thank God for every day.

What has changed about Prince Nduka Obaigbena? What has not changed? Has age mellowed you?

I don’t know. Nduka Obaigbena remains Nduka Obaigbena. I don’t know what has changed. I don’t know what has not changed. I am consistent. I have remained consistent. I don’t know if age has mellowed me or not mellowed, but you get more matured. You have a better perspective of life from experience. You have responsibilities which I have always have. Look at 23, I had 300 staff. So, I have always been an employer of Labour, since my 23rd birthday. And I had an audacious move to do ThisWeek at 27 and we went for the best. We raided the biggest newspapers and magazines and brought in the best and put them under one roof. We had a great Board room. I have done it all. Our board was a Stellar board. We had the likes of Gamaliel Onosode, Arthur Mbanefo, Kweku Adadevoh, Chinua Achebe, OK Bello, Hope Harriman, JK Randle. We ran a strong board. That was where I learnt my business rope because every meeting was a seminar moment, where you get to hear and know peoples experience. You will learn from the Masters. So, I learn from the Masters.

Everyone says Nduka Obaigbena has Guts. How did you develop that?

My philosophy is Fear God. Not man. That sums it up.

You also have a daring spirit. Don’t you?

No. Do I dare? I just do what I’m here to do and I damn the consequence.

Are you not afraid of failure?

Yes, you fail, you stand up, you keep moving. Failure is not an option. You keep trying. Don’t give up. Why would you give up? Why? Keep going on, until you strike it. It takes time, but you will surely get there.

Do you feel fulfilled?

What has kept you going all these while, all these years?

The power of God. I am driven by my Vision to deliver, to achieve. To just keep moving and to make society a better place through the power of the printed words and now through audiences and TV or whatever.

READ ALSO: MANY DON’T KNOW OGD & I GREW UP IN AKE – ALAKE OF EGBALAND REVEALS A LOT