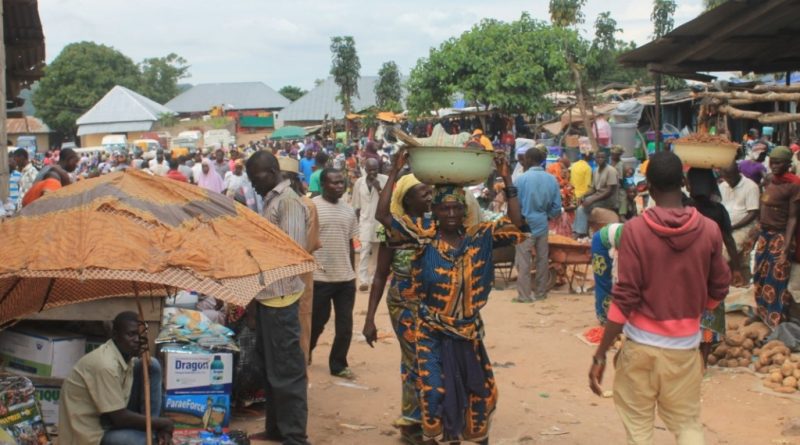 Some traders in Keffi, Nasarawa state, on Tuesday expressed delight at the suspension of the planned nationwide strike over new national minimum wage by Nigeria Labour Congress (NLC).

They gave the commendation in separate interviews in Keffi.

They described the suspension of the strike as “laudable“.

According to them, the strike would have had some adverse effects on commercial activities if it had commenced.

The traders advised federal and state governments to avert subsequent strikes at all costs by reaching an amicable agreement with the union leaders.

They said that the welfare of workers was crucial to the overall development of the country.

Mrs Veronica Ebere, a businesswoman in Keffi, said that improved welfare for workers in the country would also translate to the improved condition of living for other Nigerians including traders.

“You can see, I deal in foodstuff. When workers’ salaries and others incentives have been improved, I will also enjoy because my business will improve and when it has improved, my family needs will be met and our standard of living will be better.

“I am commending the Nigeria Labour Congress for suspending its planned nationwide strike considering the negative effect of the strike on business and societal development,” she said.

Mr Haruna Aliyu, a cobbler in Keffi, also lauded the NLC for suspending the strike, saying that he would earn more money if workers went to their workplaces.

“We follow street by street in the morning to polish workers’ shoes and you can imagine the consequence if they will not go to work, it will definitely affect my daily income and standard of living,” he said.

Another trader, Mr Haliru Sabo, also thanked God and commended the organised labour for the strike suspension, but added that improved workers’ welfare would impact positively on the country.

He said that improvement in workers’ salaries would also impact positively on the business community in term of patronage.

Sabo appealed to the government at all levels to give priority to workers’ welfare for enhanced productivity and for accelerated development in the country.

Mrs Elizabeth Bako, a restaurateur, said that improvement in workers’ welfare would help in combating unemployment and others social vices in the society.

“As you can see, I engage these girls to work in my restaurant and if my business has improved today, I will engage more of them, this will reduce youth restiveness and others social vices in the society.

“I believe and hope that the new minimum wage if approved and implemented by the government would go a long way in boosting businesses in the country,” she said.

The organised labour had threatened to commence a nationwide strike on Nov.6 to press home its demand for N30,000 as minimum wage.

The Federal Government reconvened the meeting of the tripartite committee that lasted for two consecutive days to ensure that the strike was averted.

READ ALSO: ARMY CAN’T FACE US IF WE HAD WEAPONS – SHIITE GROUP