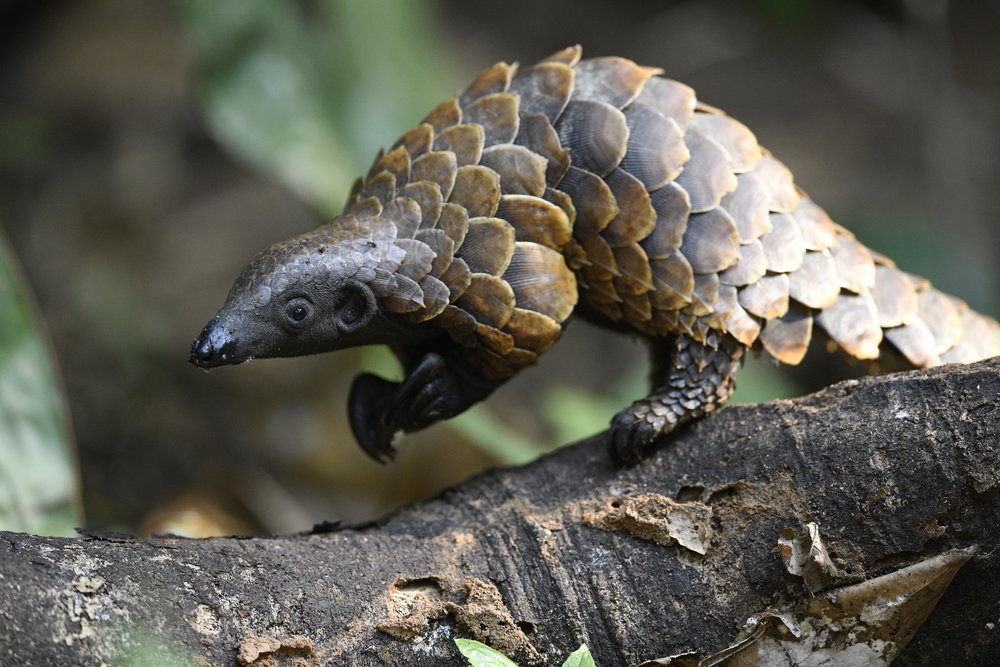 As the world battles gradual extinction of Pangolin through Illegal
Wildlife Trade (IWT), some stakeholders have restated commitments to support the cause and stem the tide.

The Nigerian Conservation Foundation (NCF), Lagos
Urban Forest Animal Sanctuary Initiative (LUFASI) and Saint Marks Animal Rescue Foundation
(SMARF) have declared that they will join forces with other stakeholders to boost the conservation of Pangolin species and fight IWT in Nigeria.

The declarations were made during the commemoration of the World
Pangolin Day on Sunday, 21st March, 2021 at the Lufasi Park, Eti-Osa, Lagos.

In his remarks, the British Deputy High Commissioner, Mr. Ben Lewellyn Jones
said that ant-eating nature of pangolins among other functions they perform in the ecosystem require
that “all of us have the responsibility to protect them.”

Dr. Mark Ofua, CEO of SMARF urged the people and government to pay more attention to the key issues causing gradual pangolin extinction.
In his own presentation titled “Biodiversity and us”, Mr. Desmond Majekodunmi, Chairman of
LUFASI said that the illegal and poorly regulated wildlife trade is causing great damage to the
society and urged all to take drastic actions to salvage the environment from total destruction.

Dr. Joseph Onoja, Director of Technical Programmes, NCF said that God-given nature of Pangolin
makes the animal a very unique animal species among mammals as “It has been shown that one of
its kind can protect an area of forest as large as 31 football fields from termite destruction, enabling
forests to absorb carnondioxide and producing oxygen.”

The Permanent Secretary of the Ministry of Environment, Lagos State, Mrs.
Belinda Ronke Odeneye, represented by Mr. Samuel Adeola said that Lagos State Government is
committed to the protection of endangered species native to the state, and efforts are being
intensified in combatting IWT at identified wildlife markets.

The main attraction of the day was the commissioning of a Pangolin Soft Release Centre.

CITI BULWARK SETS TO HOLD RUNWAY CONTEST IN MAY