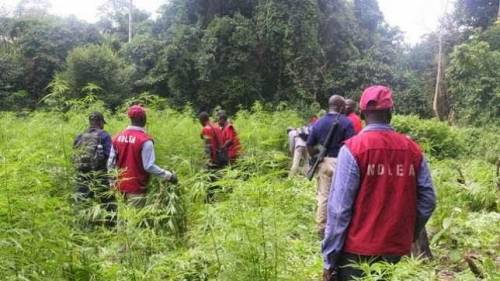 At least 54 notorious drug dealers have been apprehended in Adamawa State by the National Drug Law Enforcement Agency, SaharaReporters can confirm.

The state commander of the anti-narcotics agency, Mohammed Bello, made the disclosure on Thursday in Yola, the state capital, during a visit to the state House of Assembly.

Bello said the 54 suspects were arrested between January and February 2020, adding that five of them had since been convicted.

He further disclosed that the command has also intercepted 72.084 kilograms of assorted illicit drugs.

He said, “In keeping with our mandate of ridding the country of illicit substances, we have arrested 54 suspects in Adamawa and among them, five persons have been convicted already.

“We have also intercepted 72084 kilograms of different illicit substances.”

‘Nobody Can Bring Me Down’ – Adams Oshiomhole Boasts