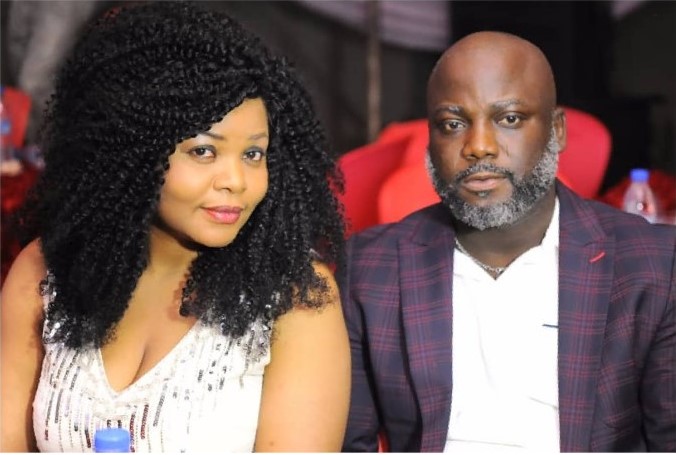 •As Owner, SAHEED BOLAJI BASHIRU, Talks About It

A new, classy event centre has just been opened in Ibadan. And it is the place where all the celebrities  are rushing to hold their parties and events. It’s called Bollads Event Centre. And it is located around the New Garage area, along Akala Express Road, Elemure Bus Stop, at the Elebu area of Ibadan. Although it was formally opened in July 2018, it is only of recent that it began to pick up big time as many Ibadan celebrities now hold their parties at this event centre.  And as you read this, many Ibadan celebrities have been hosting their weddings, birthdays, after burial parties and chieftaincy parties there. Corporate events are also held there. The place is now bubbling with social activities.

What’s the attraction? It’s the beauty of the event centre. Call it the most beautiful event centre in Ibadan today and you won’t be wrong. It offers a beautiful ambience. It also offers a lot of facilities that you won’t find at other event centres in Ibadan. It is a total package, made up of 3 event halls. It has a big one that sits 1,000. It has a 2nd one that sits 300 and a 3rd that sits 200 people. Apart from the halls, there are other facilities. They include a Gym & Fitness Centre and also a state-of-the-art Spa. There is also a Lounge.

City People visited the event centre last week. The biggest hall called Royal Hall is beautiful. It is truly royal. It has a lovely wooden floor. It also has a lot of chandeliers. It sits 1,000 guests. It has red Chalvary chairs available. It has 8 exits and the finishing is superb. It has a Central AC. It has a permanent stage.

The 2nd hall called  New Era sits 300 people. It has a movable stage. There is an adjoining highrise that has a Lounge for after parties and birthdays.  It has a Unisex Salon & Spa on the first floor. It has a room for body massage, pedicure and facials.

Then there is a state of the art Gym.

The entire complex is big, built on 3 plots. It is a beauty to behold especially at night. Looking at it from the outside, it looks colourful when the lights come on. It has some poles done in the shape of palm trees that are usually switched on at night. So the beauty of the complex can best be appreciated at night.

It has ample parking. It can take 250 cars at the back. It is powered by 4 industrial generators – 3 for the halls and 1 for the lounge. It has an ATM. There is also a Gym that opens from 7am to 9pm. It has a resident instructor.

Bollads Event Centre was set up by a successful young businessman, Saheed Bolaji Bashiru, who was born, bred and raised in Ibadan. He was born at Popo Yemoja area of Ibadan. It was his love for Ibadan that made him set up the event centre there.

Why did he set up Bollads Event Centre? City People asked him, a few days ago. “I have been away, abroad for 20 years, (since 1998) and I wanted  to return to Nigeria. So, I wanted a business I could do that will provide value to people. And I chose the Hospitality business. So, when I came in 2012 I thought of setting up an Event Centre. Many people asked me why I don’t want to go into  Hotel business. They advised that it would give me more money. And more Returns on Investment. My wife, whom I met at that time, advised that I set up an event centre because people do parties almost every weekend. But my problem was where will I get the land to build a big event centre? Thats the idea I had and I settled for Ibadan. I started the project in October 2014. I bought the land in September 2014 and started the project in October.

Even after I started the project some people still urged me not to build the event centre at Elebu. They asked why don’t I move close to where others are on Ring Road, GRA, Bodija area? They said all those places are established. Many people advised me against building the centre at Elebu. But I refused to listen. I believed in my mind that it would work. After I began construction and people saw the huge structure I was building, they began to criticise me. They said I was wasting money on the project. They wondered why I can’t take the project to Lagos, or Abuja or Port Harcourt or other major cities. They said Ibadan people don’t appreciate the kind of good things that I was planning to do. I don’t agree”

I didn’t listen to them. But as I was constructing, I lost about N180 million to someone who helped me to get some of the materials I needed from China. It was a major setback. That was one of the things that delayed the commissioning till 2018. We were supposed to have completed the project since 2017. The project was meant to take 2 years. But I had problems with all the fittings I wanted to bring in. Its a sad story. It slowed me down. I felt discouraged. But I was determined to complete it. So, I raised fresh funds and imported new equipments again, and new fittings. And I continued”.

“As I was about finishing work on the event centre, I had a fresh idea to build a Lounge for after parties and to also set up a Salon where you can do Make-up Hair, Spa, all to complement one another. I completed the project in July 2018 and opened it that same month without noise. But do you know what I have discovered? The same people saying don’t waste your money on building the event centre at  Elebu have now changed their views. They are now saying you have tried, when they saw how the area has been transformed. We opened on July 21st, 2018. By the time we opened, the whole of Akala Express had become fully developed and the activities in the area have become increased in number.

Since we opened, we have been busy playing host to many events and parties. Its been one party or the other every weekend. We thank God. We have been fully booked.”

“Our Gym is in high demand. We make an average of N2 million every month from our Gym alone. You won’t believe it. High calibre people come to the Gym to have their exercises, early in the morning. Our plan was to run the Lounge as just a place you can come to relax, but it is not only a lounge, it has become a club based on popular demand. So what we have is a Lounge/Club. The complex also has a Fitness Centre called BOLLADS Fitness Centre. It offers Gym Fitness, Dance Aerobic, Health Check, Wellness, Agna & Massaging. There is also Faithlyn Hair Clinic & Spa. It is a unisex salon, manicure & pedicure, spa, massaging manually/machine.

It has 3 halls. There is the Royal Hal, which has a Banquet Setting that sits 1,200 with a flow upstairs. It can also sit 2,500 Conference/Theatre setting. Then there is the New Era Hotel that has a banquet setting of 300 and a Conference/Theatre setting of 500. The beauty of Bollads is that the prices/charged are negotiable. It charges N850k for its 1,000 seater hall with available Chelvary Chairs/Tables. It charges N250k for its 300 seater hall. But it charges separate for the following options and extras: LED Dance Floor, LED Screen, Led Water Bubble and Led Moonlight. All these go for N600k. It also boasts of complete musical instruments that go for N200k. For the hall alone without these extras its N850k. “Only the hall price is fixed,” explained the MD/CEO. “All the charges on other appliances are negotiable. The New Era Hall that sits 300 guests goes for N250k and the Gallery Hall, which sits 200 goes for 150k.

How The British Programmed NIGERIA To Fail...