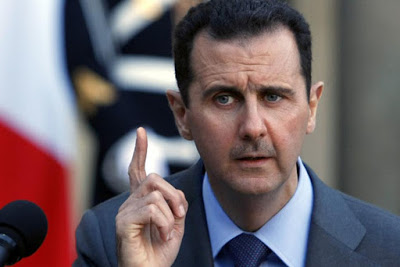 President Donald Trump has made it clear that defeating ISIS in Syria was his administration’s main aim during his tenure, but following Syrian president Bashar al-Assad’s decision to rain down chemical weapons on civilians last week, the United States has now revealed removing the Syrian leader from power is now top priority. 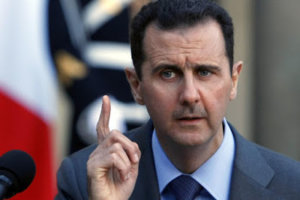 Before Tuesday’s chemical  attack on the rebel-held town of Khan Sheikhoun, which killed almost 100 people, with kids forced to gasp for air, US ambassador to the United Nations, Nikki Haley had said removing Assad was not a priority, but with the political situation in Syria not likely to improve any sooner coupled with Syria’s use of chemical weapons, Haley has now revealed that toppling the Syrian leader is now top priority.

“Getting Assad out is not the only priority. So what we’re trying to do is obviously defeat ISIS. Secondly, we don’t see a peaceful Syria with Assad in there. Thirdly, get the Iranian influence out.’

‘ And then finally move towards a political solution, because at the end of the day this is a complicated situation, there are no easy answers and a political solution is going to have to happen,” she said in an interview with CNN’s ‘State of the Union’.

“If you look at his actions, if you look at the situation, it’s going to be hard to see a government that’s peaceful and stable with Assad,” she said.

“Regime change is something that we think is going to happen because all of the parties are going to see that Assad is not the leader that needs to be taking place for Syria.”

Our next priority is removing Syrian President Bashar al-Assad from power- U.S says was last modified: April 10th, 2017 by Reporter