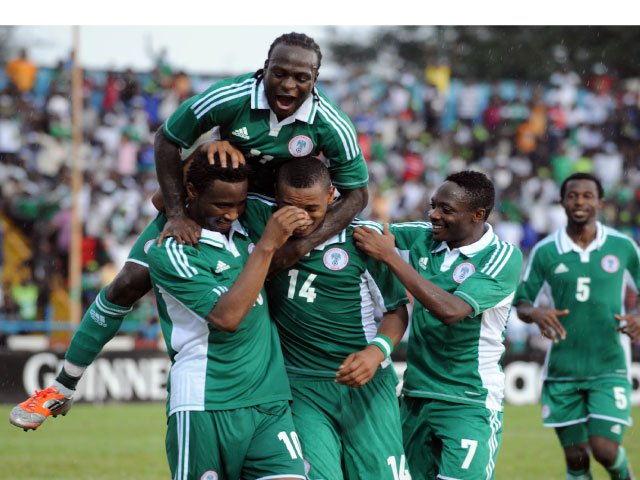 Nigeria has moved up one spot in the latest FIFA Rankings, while Algeria has dropped out of the top 10 in Africa.

Nigeria is up one place to 40th, but Ghana has continued their recent slump by falling a further two places to 45th.

Liberia were the biggest losers in the latest rankings, dropping a massive 39 places to 141st overall.

Brazil surged to the top of the FIFA world rankings for the first time in seven years on Thursday, made all the sweeter as it usurped great rivals Argentina.

It caps a terrific week for forward Neymar and Brazil — last week they became the first country to qualify for the 2018 World Cup in Russia, their latest step on the road to redemption after the embarrassment and heartache of their World Cup failure on home soil in 2014.

Brazil was dumped off top spot after their elimination from the 2010 World Cup in South Africa.

Their new surge is in contrast to Argentina and Neymar’s Barcelona team-mate Lionel Messi, whose country are in danger of missing out on next year’s World Cup. They will not be able to call on their star man for three of their four remaining qualification matches because of suspension.

Third in the newly released rankings are world champions Germany, followed by Chile and Colombia.

Switzerland enter the top 10, up to ninth, with former number ones Spain clinging on in 10th

Nigeria move up one spot to 40 in latest FIFA rankings was last modified: April 6th, 2017 by Arinze Ago

Nigeria’s Northwest, Northeast among the poorest in the world – Sanusi