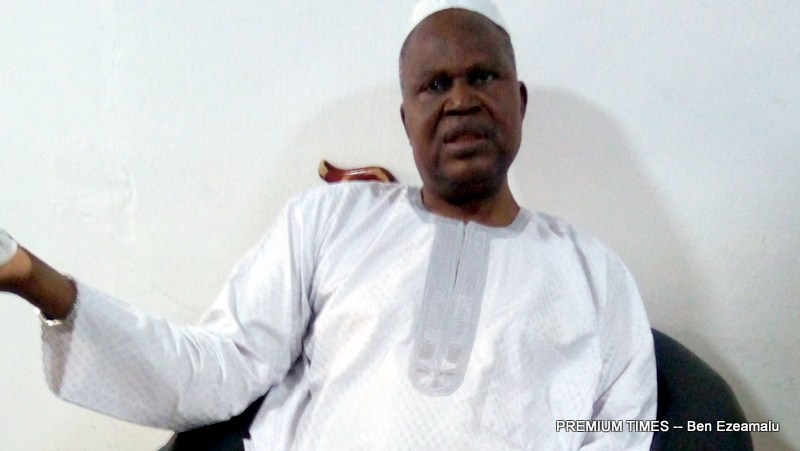 The renowned and globally acclaimed man of God, Prophet T.O. Olabayo has warned that the much anticipated 2019 election may become a 7 year war doom for the nation.

The Prophet who is the Founder of the Evangelical Church of Yahweh added that “if all the corrupt leaders are not dead, they will end up in prison.”

The Primate added that the war can only be averted if the nation goes into a 3-day fasting and prayer, which should not be later than November first or Nigeria will plunge into a war that will last seven years.

The respected man of God said the politicians are the enemies of this nation. Each time they want a position, they look for people who are not even men of God or prophets to tell them what they want to achieve their selfish ends.

His words: “Before Buhari got there, when Jonathan was on the throne, I warned him of what is happening, which is corruption but instead of taking precaution, he started giving money to churches; I refused it.

“When there was election, I said Buhari’s coming to the presidency is not that of a messiah but that he would only be there for a short while, now, the corruption in his own era is even worse than that of Jonathan’s, where are we heading to?”

Olabayo further said that when they held the primaries, PDP that the opposition were looking up to compete with APC were sponsoring fake prophets to give them prophecies of lies spending a lot of money thereof. For instance, Saraki who they said was going to be the next president, where is he now?

“He destroyed the senate, created problems and the next thing when they went for the primaries, they are doing trade by barter with Nigeria. “Nigeria is not for sale but Nigeria is now for sale.”

The sage said God is about to intervene in he affairs of this nation as there is still silent killing going on everywhere “what will happen is that the ghost of those they have killed will turn against those who killed them and hunt them.

There’s going to be a total sweeping and so God is going to bring up a man of destiny, a courageous and brave person upon whom the spirit of God will fall to take over this land and clear the mess.”

However, the sage warns that some states should be extremely careful should they want to be adamant about going forward with the election. States like Ogun, Oyo, Rivers, Benue, Kogi, Zamfara and Lagos will experience great turmoil.

“Lagos particularly should be careful if there’s going to be election as the state will never remain the same again.”

Remarks By Chief Olusegun Obasanjo On The Visit of PDP Presidential Candidate, Atiku Abubakar, to Abeokuta