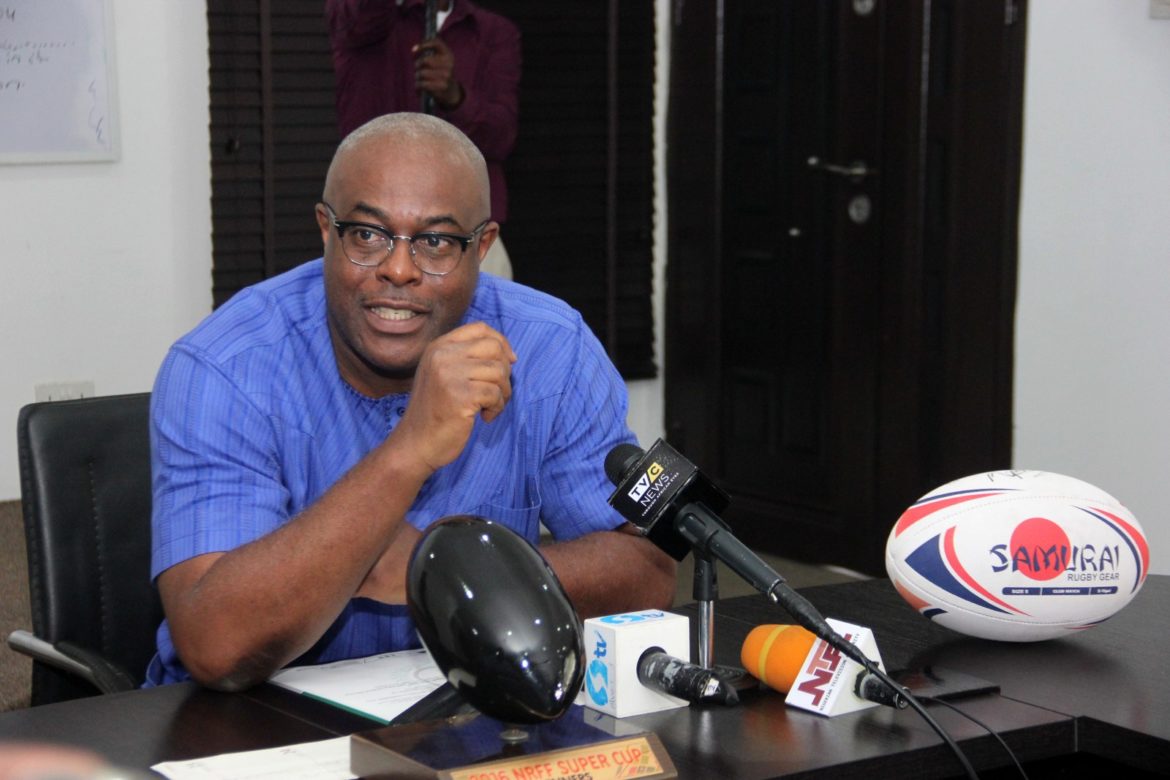 The Nigeria Rugby Football Federation, NRFF, under the leadership of its president, Mr Kelechukwu Mbagwu has announced the appointment of  Bronson Weir as the new coach of the Stallions.

Mr. Mbagwu made this known on Thursday, August 2, 2018, during a press conference held in Lagos, where he talked at length about several developments in the federation.

The Nigerian rugby football team also known as the Stallions have been billed to lock horns with their Nigerien counterparts on August 11, 2018 in Niamey where Bronson will commence his coaching career in Nigeria.

The hardworking sports administrator, Mbagwu, revealed his intention to get the best team possible to represent Nigeria at various international events, hence a need for a technically balanced coach for the team.

“It is one of my cardinal points to get a proper scouting network in place. We have had participation during the last administration of foreign based players but the criteria for bringing in players to represent the country has to be clearly spelt out.

“However we have agreed that going forward, we will be arranging open door camps so that our players who ply their trade to a very high level abroad can come and showcase their talent for the country as part of the national team set up.

“Of course, we have our constituency which is the home based rugby players in Nigeria, whose talents have to be showcased internationally, but of course we want the best team to represent Nigeria so that we can win our matches.”

“And definitely, our foreign based players are amongst the best talents in the game, so it is our desire to have a fully integrated team. I want the very best team for Nigeria,” he said.

“Our newly appointed coach, Mr. Bronson Weir who is a South African will also be fully much involved, we hope that the sponsorship rugby will blossom enough for us to be able to spend the required fund to get the very best Nigeria has to offer in every match.

The Stallions of Nigeria will be camping in Abuja before they finally move to Niamey, where they set out to play against Niger Republic.

Nigeria will also be participating in the Africa Rugby Regional Seventh which takes place in September 16-17 2018.

Mr Bronson, the coach of the Stallion is a native of Cape Town, South Africa, he was formerly the Kenya Rugby Sevens development coach in 2013.

A marketing consultant at Old Mutual for four years and a rugby player himself, Weir recognised the need for school rugby to receive proper conditioning and support, so he started coaching at Excelsior High school in 2007. He saw the opportunity to secure additional financial support – from the Old Mutual Foundation and registered his organisation as part of the staff volunteerism programme.