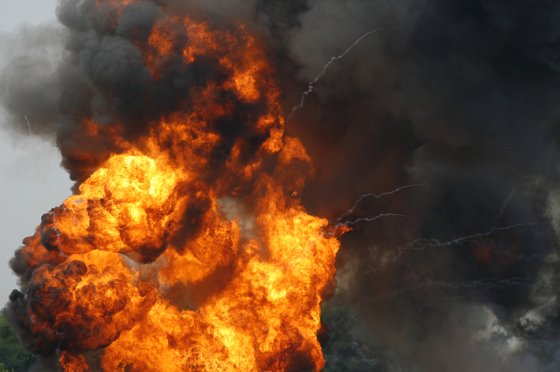 The national vice president of Sports Writers Association of Nigeria (SWAN), South-South zone, Eddie Bekom, died on Sunday at the Federal Teaching Hospital, Abakaliki, where he was receiving medical attention following injuries he sustained in a domestic gas explosion.

His wife and one of their sons also died from injuries they also sustained in the explosion.

Mr. Bekom was a staff of the Cross River Broadcasting Service, Ikom.

The gas explosion occurred at the home of his neighbour in Ikom some weeks ago and affected his entire household and a neighbour.

The family members had been under intensive care at the hospital, with three of the children still on admission.

One of the three remaining children is still in critical condition at the hospital.

In a statement signed by its Ebonyi chairman, Chukwuemeka Opara, SWAN expressed regret that all efforts made to save Mr. Bekom’s life, after the death of two of his family members, failed.

“In this moment of utmost grief, we commiserate with the entire SWAN family and pray that God gives us all and the entire Bekom family the fortitude to bear these irreparable losses.

“We use this opportunity to thank the Ebonyi state government for pledging to offset the entire bills of treating the Bekom family, the management and staff of FETHA, SWAN members, other journalists among others who through prayers and financial contribution.”