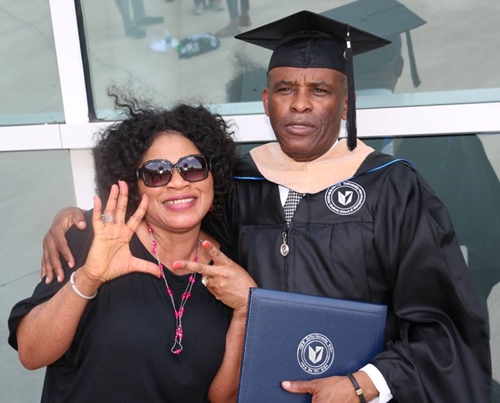 On Friday, June 23rd, 2017, Dr. Osato Osemwengie, the Nigerian man who makes drones for the United States Army, was awarded his 7th masters degree in Garland, Texas.
Dr. Osemwengie was joined for the graduation ceremony by his family as he revealed he has set his focus on his 4th Ph.D. due to begin September 7th, 2017. He has been an integral member of the American armed forces, building drones for the United States Army. These drones are used for surveillance to gather important information, as well as take out terrorist camps.
Dr. Osemwengie has not gotten himself a total of seven Masters Degree and three Ph.D. degrees. Why I Am Running For EKITI Governorship – Ex-House Of Reps Member, BIMBO DARAMOLA