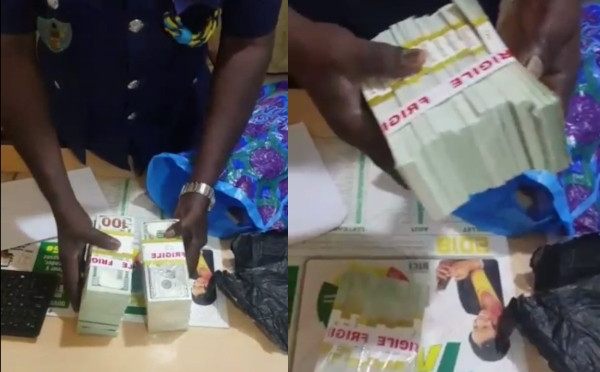 The Ghanaian Police has reported that some Nigerians got busted while trying to smuggle in fake dollars into the country on Monday, September 9.

The fake money in $100 denomination was allegedly found hidden beneath the seat of the registered Nigerian vehicle said to be a Toyota Highlander, and they all bear the same serial number.

The four young Nigerians who evaded the search by 3a.m on Monday reportedly fled into nearby bushes, attempts to recapture them proved abortive.