Nigeria’s Democratic Movement Announces the Exit of its Veteran, Arthur Nwankwo at 78 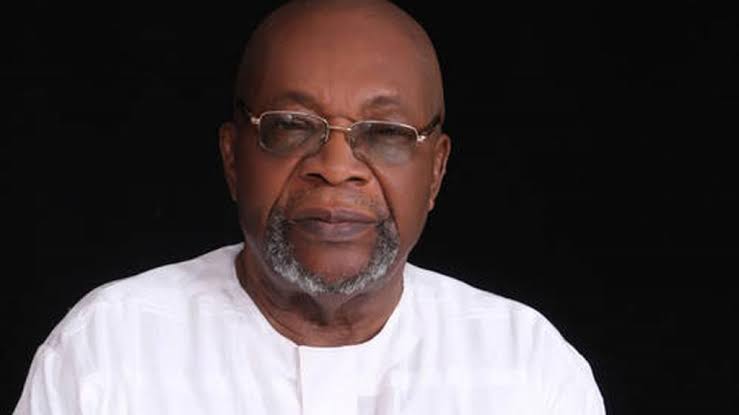 Plans underway to celebrate and immortalize his eventful life and struggles in Enugu, Abuja and Lagos

The Nigerian Democratic Movement has lost one of the surviving Icons and Veterans of its struggle against military rule and for the restoration of the current fledging Democracy of Nigeria, Dr Arthur Agwucha Nwankwo, former Vice Chairman of National Democratic Coalition (NADECO) and Chancellor of the Eastern Mandate Union, EMU at the prime age of 78

Dr Arthur Nwankwo, a revolutionary political economist and activist was a prolific author and resourceful publisher during his life time, who crusaded against social injustice of all sorts in Nigeria

The demise of Arthur Nwankwo, a pan Nigerianist, who was one of the initiators and leaders of the Nigerian Third Force Movement in his last days on earth surface, was received as a rude shock by Leaders of Nigeria’s Democratic Movement. He gave up the ghost at about 2pm on Saturday, 1st February, 2020 at the University of Nigeria Teaching Hospital (UNTH), Ituku-Ozalla, Enugu after a brief illness

The founder of the famous Forth Dimension Printing Press made valuable contributions towards Nigeria’s Political stability and progress with his numerous intellectual and advocacy works such as; The Making of a Nation: Biafra -1969, Nigeria: The Stolen Billions – 1999, Nigeria: The Challenge of Biafra- 1972, Nigeria: The Political Transition and the Future of Democracy- 1993,The Igbo nation and the Nigerian state- 1999, The Igbo leadership and the future of Nigeria- 1985, among others

The founder and chancellor of Eastern Mandate Union (EMU), a platform, which advanced the rights of the people of the former Eastern Region has all along being a source of inspiration to the democratic forces, which he substantially served under NADECO led by Chief Anthony Enahoro of blessed memory, whom he assisted as Vice Chairman through out the struggle for the restoration of Nigeria’s current democracy

Earlier in his Political sojourn; in the second republic, Nwankwo had teamed up with late Mallam Aminu Kano as active member of the Peoples Redemption Party (PRP), a mass based progressive Party on which he contested for the governorship of the old Anambra state

It will be recalled that Arthur Nwankwo was arrested and detained with five other NADECO Cadres by the former maximum ruler of Nigeria, Gen Sanni Abacha, who eventually died on the day he was to meet and pronounce judgement on Arthur Nwankwo and others in Abuja

Arthur Nwankwo however became a strong advocate for Handshake Across the Niger aimed at bringing the South West and the East together Politically for the purpose of achieving the democratic constitutional restructuring of Nigeria towards economic Prosperity and Peace of the Nigerian Peoples. He is therefore noted for his popular quote which he reteirated at the last two National Political Summits he attended in Port Harcourt, 2011 and Uyo, 2013 is “Get the Politics of a country right, you will get its economy right”

In the meantime, Democratic Forces in the country are already consulting on how best to celebrate and immortalize the resourceful life and struggles of Dr Arthur Nwankwo, who departed at a time the Nigerian Democratic Movement is planning to initiate a major Pan Nigerian National Political Summit to intervene in the current insecurity and instability in Nigeria

Nigeria’s Democratic Movement Announces the Exit of its Veteran, Arthur Nwankwo at 78 was last modified: February 2nd, 2020 by Reporter