“No Anambra man would let an Enugu man be president” – Fr. Mbaka 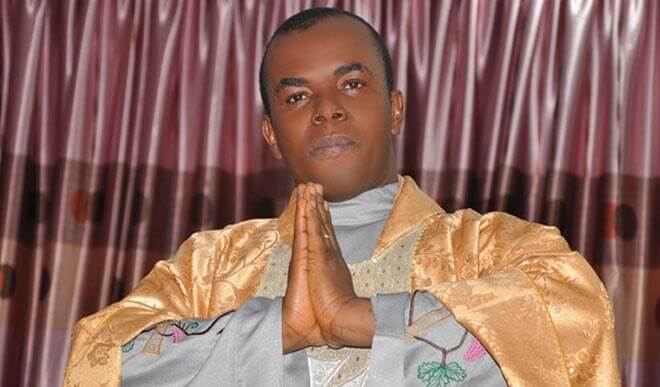 Controversial Enugu-based Catholic Priest, Rev Fr Ejike Mbaka has predicted what will likely happen should agitators succeed in their push for the actualisation of Biafra.
Mbaka said he was convinced that fault lines between different Igbo communities would arise if Biafra ever became a reality.
The priest made this prediction while addressing a cross section of Igbos in East London, on Tuesday.

Citing the immediate past administration of ex-President Goodluck Jonathan, the controversial priest said an Igbo was Finance Minister, Central Bank governor, and so on.

Mbaka also noted that those whom the leader of the Indigenous People of Biafra, IPOB, Nnamdi Kanu have been able to influence into agitating for Biafra are “the children of the poor,” who are not thinking properly about the implications of secession.

He insisted Biafra agitators were being deceived by Kanu

“No Anambra man would let an Enugu man be president” – Fr. Mbaka was last modified: September 6th, 2017 by Reporter