Home Entertainment It Is Not Easy To Be Married To Someone Like Me- OVATION Boss, DELE MOMODU
EntertainmentEvent and Party 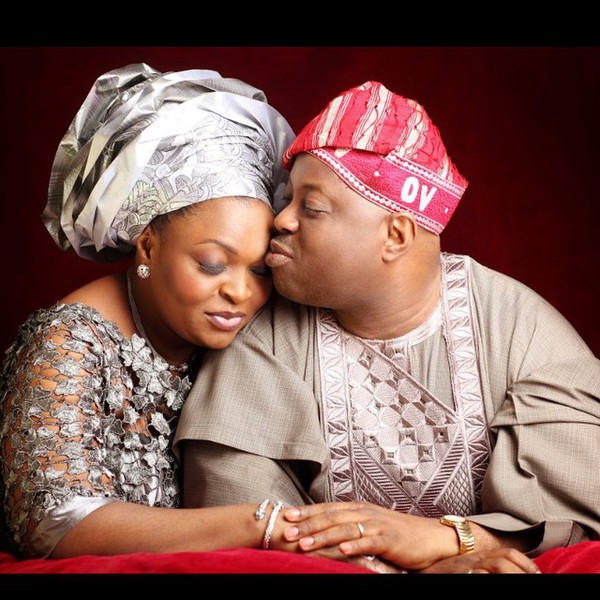 Is Dele Momodu a Romantic African Man?  Yes! Nigerian Journalist, motivational speaker businessman, CEO and publisher of Ovation International, Dele Momodu could be said to be romantic but a very busy man? The 56-year-old Ile-Ife descent whose 24th wedding anniversary was  December was all day, gushing about his marriage and his life with his wife.  The University of Ife graduate has received numerous awards and has been given recognition for his work in the business world, the music industry and the fashion industry in which he plays major roles.

Dele Momodu got married in 1992 to Mobolaji Momodu and they are blessed with 4 children – Pekan, Yole, Eniafe and Korewa Momodu. In this year Glo sponsored Ovation Carol, held on the 18th of December, 2016, at the Eko Hotel & Suites, Victoria Island, Lagos, Dele Momodu shocked his audience who came from far and wide when he said “Today is my 24th wedding anniversary to my beautiful wife, Mobolaji. The truth is, we just saw each other here at Eko Hotel today after a long absence from home due to my busy schedule”, he said adding that, “It is not easy to have been married to a man like me, I am never home.”My wife and I hardly see.” he said.

Dele Momodu, in the celebration of his 24 Years Wedding Anniversary, shared some family pictures taken over the years. The couple got married December 19th 1992.

“As a celebrity, l reallyv don’t know how I have been able to keep my marriage intact.

I have been very fortunate to have been married to someone who has been a mother to five boys. All our children are boys; we have four of them and I am the fifth child of my wife!

I will say that I live more in the aircraft (laughs); yes, I keep three homes, London, Lagos and Accra. I live around these places, depending on what is at hand. The work is such that makes me keep moving; so I just have to live that way.  But my lovely wife  has learnt to carry me as her fifth baby. No matter how old a man is, we always act like babies. So, I am lucky she has been able to understand me and know that you cannot throw your baby away. That is actually the spirit of marriage; husband and wife must live as if the husband is the baby, though you are supposed to be the head of the house, you are still her baby. Women know what we do not know as husbands. They understand what we do not understand and because most of the time, they are at home, they see more of everything and know the children better than the husband does.

The women carried the children in the womb so they know more. And then we have learnt to tolerate each other. We have also leant to be wary of what other people say to us about us, the busy-bodies who come around to tell the wife or the husband what the other is doing. I, for instance, I ask for their motive, what do they stand to gain by telling me things? So, we have gone through our own turbulence but God has always been there for us. As for celebrity marriages, I will advise celebrities to be more tolerant of each other as couples. More importantly, celebrity couples should learn to respect each other.

To mark their double wedding anniversary which took place over the Christmas period – on the 18th and 25th of December 1992, the writer, politician, and magazine publisher has shared several romantic photos of him and wife. “The celebration continues; happy birthday to my sweetheart, after our wedding anniversary days ago; one more to go on Dec 25,” he said. “Thanks for being a fantastic wife and wonderful Mummy…” “When you have a prayer warrior behind you all shall be well…” “A humble woman melts the heart of her husband in a special way…” “Behold The Yeye Onigege-Ara of Jogaland, Chief Mrs MOBOLAJI MOMODU…

It Is Not Easy To Be Married To Someone Like Me- OVATION Boss, DELE MOMODU was last modified: January 2nd, 2017 by Reporter