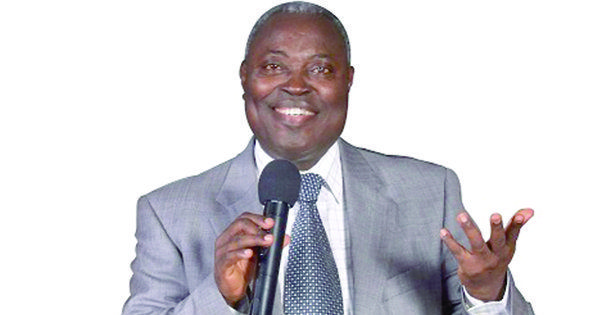 Something big is happening at Gbagada in Lagos. Deeper Life Church is rounding up the construction of its 30,000 seater church, in the Ifako area of Gbagada. The new Cathedral church is ready for opening but work is still going on at dizzying pace on the multilayer car park being constructed by a combined team of Julius Berger & Cappa Dalberto.

When work ends this year 2017, Pastor Kumuyi’s N4 billion 30,000 seater ultra modern auditorium would be one of the grandest church in Africa. We gathered that, the project which began about 7 years ago could not be completed as scheduled in 2012, due to architectural and technical adjustments to expand the scope of work.

Built like a mini stadium complex, the auditorium sits on an underground structure. The administrative building is underground with a car park. The underground park, we reliably learnt, would take 200 cars.

It would seat more than 30,000 worshippers at a go. It is a mini-stadium and is costing the church over N4 billion, and every kobo of it is coming from the pockets of church members in Nigeria with generous contributions from Deeper Life churches abroad.  An Italian construction firm, Cappa & D’Alberto won the contract for the construction. The building will cover 6,200 square metres, with an additional 16,244 square metres for landscaping, walks and car parks. It will be a sight to behold when it is completed. Checks revealed that the outer structure has been painted cream with a touch of light green.

Interestingly, the auditorium covers a whole side of a street. To accommodate the church building Deeper Life had to buy all the adjoining land and buildings. It also bought a whole street, Oduwaye Street, which lies directly opposite the cathedral. That was in 2012. The church authority held a meeting with all the landlords at Oduwaye Street and bidded for their property. After much bargaining, we learnt that each of the landlords submitted his offers.

There were 10 houses on one side of the street while Deeper Life sits on the opposite side. Out of the 10 houses, Deeper Life owns two as its children church while six were residential and two were shopping complexes.  We scooped that the least among the landlords accepted an offer of N80 million due to the development of the area while some got about N100 million. Consequently, the whole structures were demolished. However,  whole place has been sealed and the foundation laying of the ultra modern car park has been done.

In an exclusive chat with some of the builders on site, they confirmed to us that work would be completed early next year. We also spoke to one of the Architects who is also a member of the church, Architect Gozie, confirmed the development.

“Yes, work is progressing. We would give you the privilege of coming into the building and do photo shoot next week if you come with a covering letter from your office. We don’t usually like to boast about our achievement.” The 30,000 – seater cathedral is a mini stadium and costs the church N4 billion to build.  The building covers 6,200 square meters, with additional 1,624 square meters for land spacing, sidewalks and car parks.

The Deeper Life Bible Church which Pastor Williams Folorunsho Kumuyi started with only 15 members in 1973, while teaching Mathematics at the University of Lagos, Akoka, Yaba, Lagos, has groom so big.

Deeper Life also has a 240 hectare project off the Lagos-Ibadan Expressway, Olowosedo Village, Kilometer 42, Ogun State. It is used for retreats and special programmes. This place is so massive that it looks like a new town being carved out of the bush. Most of the structures, such as hostels, chalets and an elaborate water supply system have been completed.

It also has its own electricity supply scheme and a petrol station which is yet to be completed. A 130,000 capacity main auditorium is also underway and is nearing its completion. This camp known as Deeper Life Conference Centre, is worth N40 billion. Similarly, the ministry has a world class International Bible Training Centre (IBTC) at Ayobo, Lagos. It is a village complex with chalets, conference centre, offices, classroom blocks, new 10,000 capacity student hostels, a massive kitchen complex, supermarket, children’s church, factory producing mattresses, iron beds, pillows and paint for church use.