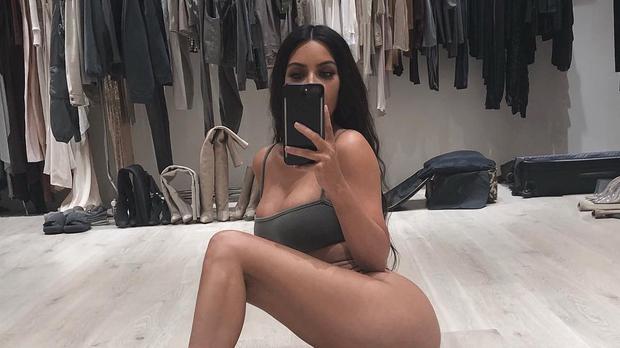 During an appearance on The Ellen DeGeneres Show set to air on Wednesday, Kim and Ellen DeGeneres got talking about an August Instagram post that the reality star shared, featuring her baking in the kitchen in her underwear, Kim admitted that the photo was solely taken “for the ‘gram” and she was not wearing that to bake, reports People Magazine.

She also revealed that her husband of four years was not happy about the post.

“You can get in trouble with your husband sometimes over too many photos like that,” she said.

Kim explained that Kanye’s reaction to her racy photos can be unpredictable.

“Yeah it does, it’s like half and half,” she said. “He always wants me to be me and feel confident and we’re having fun, but it also bothers him.”

Kim added, “I go through waves. Sometimes I’m like, ‘Ok I’ll be more conservative on my Instagram’ and sometimes I really need to get something out if I’m feeling good about myself or I’ve been working out really hard, and I’ll post something and he’ll get upset. It’s a cycle.”