Oba ADETOKUNBO TEJUOSHO Speaks On 3 Yrs On The Throne 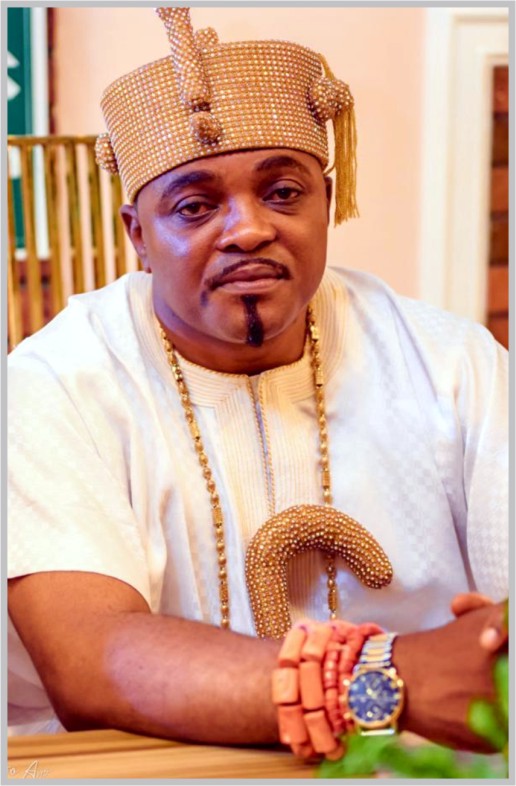 Oba Adetokunbo Tejuosho is one of the popular Kings in Ogun State. He is very stylish and a man of great sartorial elegance. He recently celebrated his 3rd year on the throne, and City People magazine Publisher, SEYE KEHINDE got him to speak on his experience so far.   Below are excerpts of the interview

Congratulations Kabiyeesi on your role as the leader of your people. How has it been?

Thank you, I so much appreciate your congratulatory wishes as I celebrate my 3rd year on the throne of my forebears.

I want to tell you It’s been God all the way, despite the fact it’s been so tough, but I want to thank the gods of my ancestors.

If you will agree with me no institution that teaches traditional culture, royal roles and attitudes, but god has proven himself to be solidly behind me and with me. Even when the enemies stood against me God showed up for me. Equally, I have also enjoyed tremendous support from my loyal chiefs and my subjects have been very supportive.

Within so short a time you have become one of the leading Obas in Ogun State. Tell us about Oba Adetokunbo Tejuosho….

First, I am Oba Dr (Amb) Adetokunbo Gbadegeshin Okikiola Tejuosho (Adabonyin Ekun I), The First Olu Orile Kemta A Dr. of Philosophy and Laureate of Peace from the World Institute of Peace.

I was far away in Europe when they approached the Oracle with over five hundred names of male children and the gods told them that the occupier of the seat will come from over the seas, I was not in Nigeria, not aware they were consulting oracles about me, I never contested with anyone, I was just facing my own life activities on my own before this entire event of Obaship.

I was living in the UK for several years before I moved to Switzerland, having travelled to several countries in Europe, Asia, the Americas and several countries across the globe, So when it finally dawned on me and I ascended the throne of my ancestors to become the first Olu Orile Kemta, my immediate priority was how I am going to project the community into the world, by showcasing our endowments and by the way to foster rapid infrastructural development. Nobody ever heard of Orile Kemta beyond the local and the shores of our immediate environments and neighbors, we are agrarians with several expanses of land but with no recognition beyond the closest.

We also have natural mineral deposits of all kinds but when nobody knows you on the map how can that be identified and exploited.

Orile Kemta is located in Odeda Local Government Area of Ogun state, some over 40 kilometers from Abeokuta township, situated along Odeda Ogunmakin road.The first thing I did was to bring experts here and they placed us on Google map, so locating here will be easier than before.

I also got a technical engineer to create a standard website for appropriate divulgement of information.

There was no direct road access into Orile Kemta ever before. I single-handedly sponsored a survey, got approval from the state government and also financed the creation a 10.8 kilometer direct access road from Olugbo via Orile Kemta to Akogun / Erunwon and other communities within and under my statutory authority.

After which I now looked inward to the advantages on the ground, we have not so much apart from land that we inherited from our ancestors, so I ventured into both livestock and crop farming. If you look around you will see that we have poultry where we produce between five to ten thousand birds for processing every now and then. We are also into catfish rearing with 10 ponds of each at about four thousand capacity.

The entire Orile Kemta was permanently drinking stream water before my enthronement as the king, but to the glory of the most high God through the help and support of my ancestors, as I speak with you, I have sunk more than 5 boreholes to provide drinkable water for my people.

THEN THERE IS THE PROVISION OF HEALTH FACILITIES

My people are not left out of the benefit of my becoming the occupier of this ancient stool.I have used my good connection to bring different medical outfits from outside the country to carry out a series of tests and free support to all my subjects, such as cancer screening, ear, nose and throat (ENT) mobile clinic, Hypertension (HBP) and Diabetics medical outfits and all sorts.

We are also currently building a medical facility that will enable my people to quick and direct medical access.

Que3 Kabiyeesi is a great man of Style. How did you develop your distinctive fashion style?

Many people don’t know I am a fashion designer and I own a label (TOKUNBO TEJUOSHO CLOTHE LINE) from far away in the United Kingdom over twenty (20) years now. I create my style and it is pertinent to state that people copy my styles a lot.I sketch designs so much and I also do research. I enjoy dressing so well, I don’t dress to impress anyone but myself, I have countless agbada and you know as a king you cannot wear any other attire apart from traditional wears. I have an exclusive fashion designing outfit with trains stylists, tailors and designers. I also patronize other designers but exclusively with my sketch.

Tell us a little about your kingdom, Orile Kemta.

Orile Kemta is the source (Headquarters) where all Kemta towns and villages emanated from, a distinct cultural section in Egba Land, a notable and historical town of over 200 years, one of the 5 prominent pillars of Egba Ake.

But sadly and amazingly there has never been any king in Orile Kemta before my enthronement. Growing up there were several premonitions that someday I will be a king, but I am always quick to disprove it.

Many at times, spiritualists will just see me and they will start paying homage, but at some stage of my life, I also got to a junction where it dawned on me that I have to be a king.

I was far away in Europe working with the United Nations Office on Drugs and Crime (UNODC) as a Permanent Representative at the Geneva base station, Switzerland.

My cousin, Shanu Majekodunmi was working with World Health Organization (WHO) also in Switzerland and his mother died. Then we had to come for the burial in Nigeria (Abeokuta), that was the first time my family got hold of me and informed me that they consulted the Oracle and I have been chosen to be the King.I immediately ran back to my base and I told them I was not interested in such, I had other plans for my life not knowing that the ancestors have greater plans for me.

Cutting a long story short, I began my own consultation outside and within Egba land, one of which was when I consulted the paramount ruler of Egba land (Oba Adedotun Aremu Gbadebo) who informed and explained to me that in a town or community where there has never been king before if one is chosen then you must first be Baale and subsequently be promoted to a King.

That was when I agreed to take the position of the Baaleship and here I am today after 3 years as Baale Orile Kemta, I was promoted, upgraded, and installed to the position of Olu Orile Kemta on the 17th of May 2019 by the administration of His Excellency, Governor Ibikunle Amosun, the immediate past governor of Ogun state.

Like I earlier explained, I am from the lineage of a warrior, the 4th generation of Adabonyin Tejuosho, a warrior who founded and established Kemta. Originally, after the Yoruba of old Oyo went through an interregnum of 80 years as an exiled dynasty after its defeat by the Nupe, the extrication happened and historically some Yorubas moved to Ile Ife.

Adabonyin migrated to this place where we are today from Ile Ife passing through Ijebu route in 1814 all through to 1820 when he finally settled here, in this present day Odeda local government Area of Ogun State

Why Many People Are Buying Land…

I Am Just An Empty Vessel God...

I Relocated From LONDON To Be A...

Ambode’s Wife Committed an Abomination and Should...