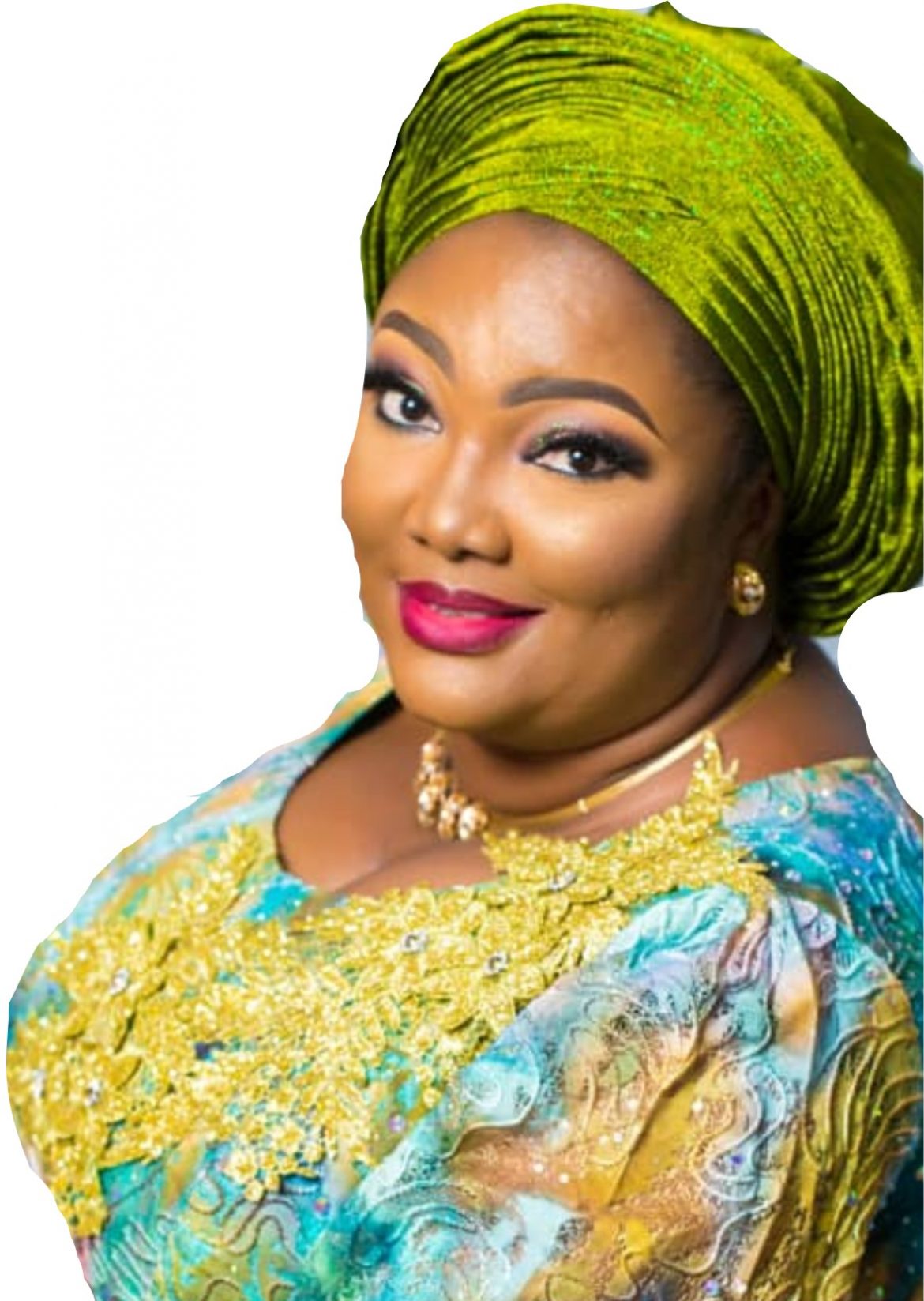 She is one of the hardworking Commissioners in the cabinet of Gov. Dapo Abiodun in Ogun State. Hon. Funmi Efuwape, also known as Olufunmilayo Akinyebo-Efuwape, is the Commissioner for Women Affairs and Social Development in Ogun State.

She was born in Makun, Sagamu in the Sagamu Local Government Area of Ogun State.

She attended Ansaru-deen Primary School in Makun, Sagamu, Remo Secondary School in Sagamu and then Federal Polytechnic, Ilaro, where she studied for a Higher National Diploma in Accountancy.

She was commended by the National Association of Ogun State Students for her work in developing Ogun State. As Commissioner for Women Affairs and Social Development,  a lot has happened, like the ban on street begging, focus on hygiene and sanitizing the markets. She has also encouraged women to strive in their activities.

The Vision of the ministry is to build a just society devoid of discrimination against women and ensure continuous empowerment and protection of the Rights of Children. And the Mission is to invest in Women, Men, Young and the Old in a gender-responsive manner through participatory approaches for sustainable development of the state.

The policy thrust of the ministry is to build a sustainable livelihood for women, promote integration for the vulnerable and discourage gender disparity/ all forms of child abuse.

Part of the functions and responsibilities is to Promote Gender Equality and provide empowerment facilities for Socio-Economic Development, to promote the survival, protection, participation and development of children, to promote family harmony and reduce juvenile delinquency, to provide care, support, rehabilitation and empowerment for the vulnerable groups (challenged persons, older persons, destitute and the likes), to collaborate and network with Non-Governmental Organizations, Professional Institutions and other MDAs on issues affecting women, children/vulnerable ones. Last week, the beautiful lady of style, spoke to City People Publisher, SEYE KEHINDE and SUNDAY ADIGUN in her office in Abeokuta about what the Dapo Abiodun administration has done to improve the lives of women, children and develop the society. Below are excerpts of the interview.

Let’s talk about the activities of your Ministry of Women Affairs and Social Development?

You know the Ministry of Women Affairs and Social Development is about the social welfare of the people, children, single mothers and all. We have about 7 departments here which include the child development department, the women empowerment, the accounting department, juvenile, social welfare and others. In this ministry, we have been able to make some changes from what we met on the ground. Basically, I feel that we don’t just have to impact people using our vocational skill acquisition programme.

I personally felt that just training people and letting them go with some fund or instrument might just not be enough. Some of them might divert that fund given to them. Now what we do is when those trainees are done, we take them to professionals around for an IT programme, so, that they can learn more and be professional. After that, we would be able to empower them to enable them to run their individual businesses. That is what empowerment is about, we do not want to give people amiss. If you give people what is not related to their trade, you find out that they might sell off, or dispose of it because it is not useful to them. During the empowerment held on Friday, we took note of all the women of Ogun State, especially the women leaders. We asked them what they do for a living and that determined what we will get for the empowerment programme. The “Nigeria For Women” programme is a world bank sponsored programme and it was first packaged in India we read about it here. We realised that the beneficiaries were able to save up to the extent of borrowing from the Indian economy some money. So, we want to teach our women, some of them just buy goods to sell and still pick money from what they sell to feed. They don’t know the difference between their capital and profit. We wanted to teach them the financial implication of spending without knowing how the capital or profit is.

This is what we do before we give them money to enhance their businesses. The WAG comprises different people which include, the politicians, CDA and others in one WAG and it cannot be everyone practicing the same skill in one WAG. So there are different skills in one WAG so you cannot take the money and spend as you wish. We encourage them to go together to the market to ensure that the money is spent on what it is given for.

We also have the microcredit programme in the ministry worth N200 million in partnership with EcoBank. It is a single digit loan given to our women to trade with and to return over a period of 6 months. We also intend to start “Adopt A Child” very soon. We have a lot of children on the streets. When we take them off the streets, we call on well-meaning adults to take care of them. We are developing a website “Ministry of Women Affairs” where you can click on “Adopt A Child” or “Adopt A Family”. You can choose to adopt a family where the woman is a single mother with 2 children with monthly feeding plans that will be constant. The ministry will have to be aware so that we can monitor what they are doing. So we have a lot we are doing. When you talk about social welfare, it is a broad affair. The Governor, Prince Dapo Abiodun is also giving us huge support in what we are doing. We had a plan to start the “Children On The Street” so that the children you see on the streets will be taken care off. We are trying to put up a building where we will be teaching vocational skills. So if the government is erecting a building project, they engage the services of people like the tiler, and bricklayer, and have those children who don’t want to go back to school to learn from these professionals.

How do you see the turnout at the last event in Abeokuta?

That is the tip of the iceberg, we had to cut down the number of people. In Nigeria, as of today, we have over 34,000 women that are beneficiaries of what we do. We cannot bring 34,000 women to the stadium so we had to bring a reasonable number and asked others to join online. At the stadium, we had the “Nigeria for men, the market women, representatives of each Local Government, NGO and different people. Each was represented because the capacity of the stadium cannot take everyone. It was a very good turn out and we thank God for that.

Tell us about Oko-Owo Dapo?

What is your message to women in Ogun State?

We all can see that Governor Dapo Abiodun gives women support. That is why 35 percent affirmative inclusion was signed. If our women don’t come out to compete, how do we reach out to them? We cannot stay indoors and expect things to come and meet us, we want Ogun State women to come out to show their capacity and people know that we can do it. A few women have been in positions of power and we are progressing and not disappointing people.

So, I will say that women should put aside their fear and give it a shot so we can have enough representation everywhere.