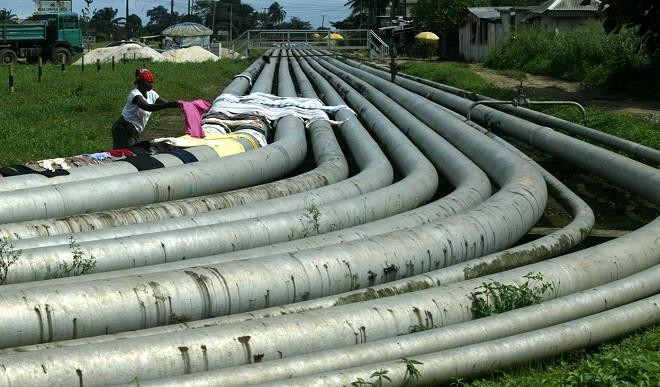 The federal government has withdrawn the contract for securing petroleum pipelines awarded to a private firm, Topline Security.

The contract, which was awarded by the Nigerian National Petroleum Corporation (NNPC), involved securing pipelines from Atlas Cove in Lagos to Mosimi in Ogun.

Sylvanus Abbah, outgoing flag officer commanding Western Naval Command, told journalists on Tuesday that the contract was terminated over allegations of petroleum theft against the staff of the company by the Nigerian Navy.

Abbah said the federal government has directed the Nigerian Navy as well as officials of the Nigerian Security and Civil Defence Corp (NSCDC) to take over patrol of the pipeline.

“The dislodging of the company contracted by Topline Security and characterized by hoodlums from Atlas Cove was one of the achievements recorded. Over 90% of their staff were foreigners and you were witnesses to what transpired at Ilashe in June,” he said while handing over to Obedm Ngalabak, his successor.

“So, when the information got to the highest level of government, the contract awarded Topline Security was suspended and the Navy, NSCDC was mandated to protect those infrastructures. Since then, NNPC will tell you they have not recorded any colossal loss.”

He also disclosed that the command arrested 26 vessels and many suspects during his tenure as FOC which commanded July 4.

On the Apapa gridlock, Abbah lamented that officials of the federal ministry of works were not on site despite the assurances they gave, urging motorists to continue to corporate with security agencies for orderliness.

In his remarks, Ngalabak said he would leverage on the successes of his predecessor, adding that the navy would continue to chase criminals off the maritime space.