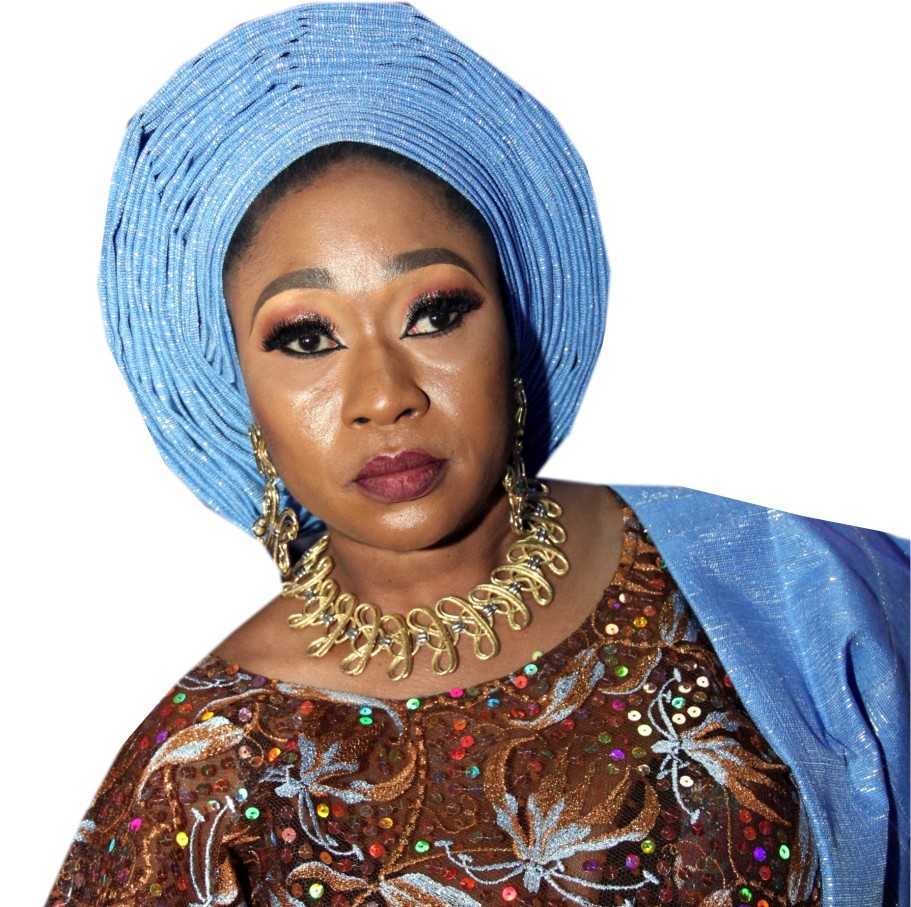 One of Ibadan most talked about celebrity burial which has been on the lips of many super big babes took place penultimate Saturday 22nd of June at the spacious Jogor Centre in Ibadan as popular London fabric and Gold merchant, Olantanwa Balogun, the Ceo of Tanwa Fabrics and her siblings shut down Ibadan for many hours to remembers their Late Mum, Alhaja M.A Ajibade.

The wine and white classy remembrance didn’t only parade many South-west super rich babes, it was also an avenue for many Nigerians abroad to wine and dine together as many of them flew in to celebrate the late matriarch of the Ajibade family.  While many wondered why the event has attracted media attention, permit us to tell you that Late Madam Ajibade who passed on over 10years ago was very popular among many Ibadan society women. She was a foremost Gbagi fabric merchant and there was no one who didn’t know who “Iya Akeem Gbagi“ was. She was rich and well connected.

Though a party was thrown in her honour 10 years ago when she died but Mr Lanre Ajibade, the first child of Mama Ajibade who is one of Lagos big real estate gurus and CEO of Shieldfield properties in Lekki and his siblings decided to throw a talk the of town party for their late mum to mark her 10years remembrance. Of course, it was a celebration of a life well spent as Mamas successful sons led the only daughter of the house, Mrs Tanwa Abolaji to Jogor centre to celebrate Mama. Not only was money spent, but the event also had many side attractions that have kept it on the lips of many who attended.

Not only was 8,000 naira Ankara aso-ebi was rocked by over 2000 guests, top Nigerian musician, King Wasiu Ayinde Marshal was on the bandstand to dish out good music to the large guests. As expected of any Nigerian party, the sons and their wives were spotted in the Ankara aso-ebi which was rocked by over 2000 guests. Though they appeared simple, the shoes rocked were brands from international designers such as Louboutin, Zara, Versace to complement their “Buba and Sokoto‘“.

The high point of the event was when Olatanwa Ajibade Balogun, the petite pretty wife of London businessman and Muslim scholar,  Alhaji Rasak Bolaji Ajibade walked into the hall in a fitted body on dress uniquely transformed by “Tad-by-deola“, one of Lagos celebrity designer. The Ankara was not just fully beaded; it has a touch of class that befits royally. This was adorned with a simple but exclusive 18carat gold by the celebrant herself, Olatanwa Balogun. While many were admiring Olantawa’s look, Sexy Yinka Mabo, the wife of London big boy Lekan Ajibade made tongue wag in a ball Ankara dress which sat well on her curvy body. Yinka is the younger sister of Lagos celebrity babe, Mrs Jokotade Adeusi, the Ceo of Evextra in Surulere. What about Nike Ajiwes look for Olatanwa? She surely made heads turn in a simple A-line gown which was transformed into a lace.

The highest point of the party was when a special HOH aso-ijo was rocked by her inner caucuses. Why this became a subject of discussion was because it would be the first time in Ibadan that a celebrity will pick aso-ebi, special aso-ijo and still picked 18carat gold as Aso-ebi. This was also affirmed by one of Ibadan top celebrity woman who also said that the Ajibades didn’t only shut down Ibadan; they had a gathering of the best guests from America, Canada, London, Lagos, Ibadan, Abuja.  Hear her “this is the first time we will have aso-ijo and gold picked as aso-ebi in Ibadan“ she revealed.

Let’s gist you about this HOH Brown and turquoise sold for 400k that was rocked by the Aso-Ijo Babes. It was directly sourced by Tanwa Fabrics. All the Aso-Ijo babes rocked the same 18carat Gold set. This was also sourced by Tanwa fabrics. Alhaja Tanwa looked gorgeous as she transformed her 400k aso-ebi into iro and buba. Her 18carat gold was 150 gramms worth 2.8million naira while her silver shoe was Christian Louboutin.

Don’t forget that she runs one of the biggest Gold and fabrics store on Wullish road in London. There is no Nigerian in the United Kingdom who doesn’t know who Tanwa fabrics boss is. This is because she has been selling fabrics for many years until she decided to open her store in Wullish, United Kingdom. Many Owambe aso-ebi and Gold are bought from her shop and that is why many call her shop “Gbagi Tuntun“ in London.

What about Nike Ajiwe? She is the brain behind fabric Rush in Nigeria but she is based in Canada. She shuttles between Nigeria and Canada and she flew in from Canada for the party. She was also spotted rocking the same 18carat gold with the celebrant, Mrs Olatanwa Balogun but in lower grams of same design worth 1.5million naira. So also is Ronke Ajibade, the wife of Lanre Ajibade who was spotted in same 400k and 1.5million Gold.