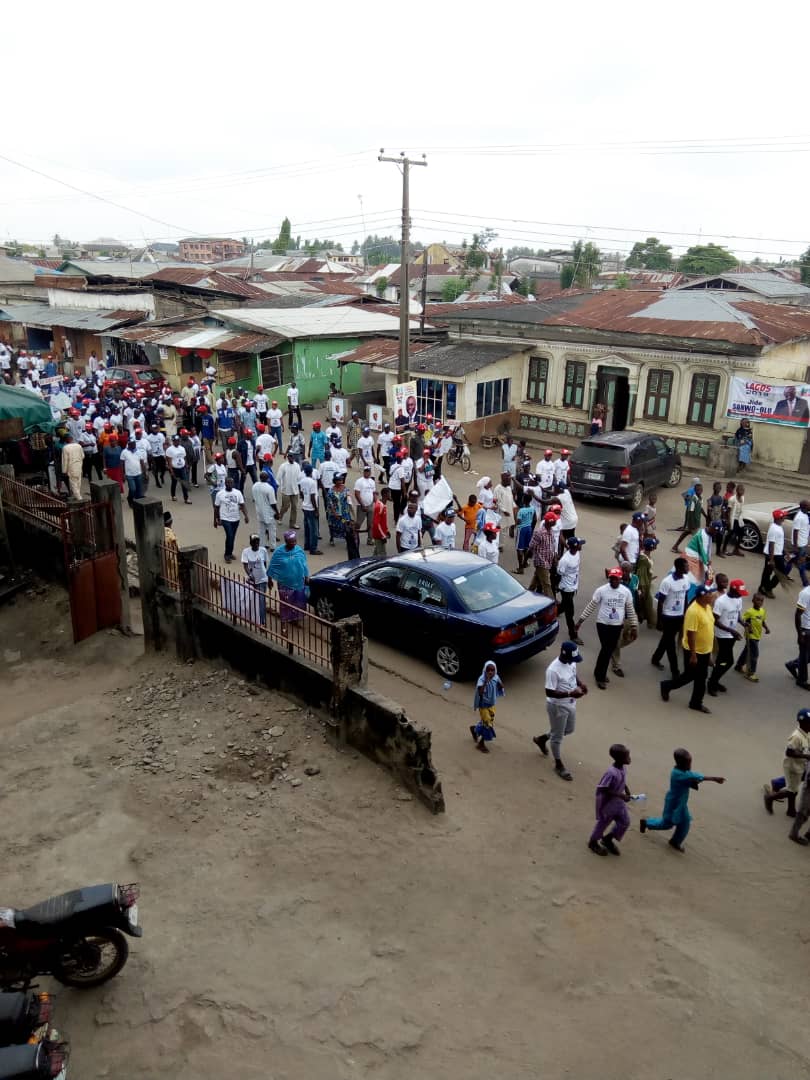 It is a moment of distress and anguish in Akure, Ondo state capital as one-year-old Eniola Gold went missing from the children section of Sotitobire’ Miracle Centre.

It all started on November 10, 2019 when Mrs Modupe Kolawole dressed up Eniola Gold in gorgeous flowing ‘Agbada’ with cap in Yoruba traditional culture.

Gold was said to have been dropped at the creche section by his mother to be with his peers at the children service.

However, at the end of the church service, the one-year-old boy could not be found.

The church, located at the Oshinle Quarters of Akure, was founded by Prophet Babatunde Alfa. He is from Odopetu area of Akure.

Most people in Akure and beyond have been pointing accusing fingers on the cleric for the mysterious manner the little boy who is the son of one of his church members disappeared.

Such incident, they said is very strange in the church of God in Akure metropolis.

Sources said the boy who was initially with others at the children service section disappeared before the end of the service when his mother went to pick him.

Mrs Kolawole, a strong member of the Church, who is disturbed over the sudden disappearance of his handsome child insisted that the incident was pre-arranged, suspecting foul play over the disappearance of her son from the church.

Already, the Ondo State Police Command has declared Gold missing, urging members of the public with useful information about the whereabouts of the little boy to come forward.

Mrs. Kolawole pointed out that the children service of the miracle centre is being conducted by 14 teachers.

She alleged that some members of the church confirmed that they saw her son in the vehicle of the church’s founder, Prophet Babatunde Alfa.

According to her, when the issue was raised with the Prophet, he felt unconcerned as he did not show any sign of remorse.

Mrs. Kolawole said the incident going to two weeks now has not yielded any result despite an official report to police authorities especially at the (B) Division Police station, Oke-Aro, as well as Anti-kidnapping office at Alagbaka, Akure.

She said” I am completely in distress, up till now, no clue on my son’s whereabouts, and nobody has been arrested or interrogated by the police.

Instead, she lamented that Prophet Alfa has been using his connection to silence her family by preventing security operatives from investigating the issue.

Her words” Imagine, by 5 pm that day, they ended the service and they reported the matter to Pastor Alfa, but he said we should not worry that they will see my son.

The disturbed mother said she later called his sister in Ondo who rushed down to Akure to organise search party that has not yielded any result till now.

Mrs Kolawole said further” This is painful, imagine, I personally went to Sotitobire and started begging him that the disappearance of my child occurred in his church; he gave me assurances yet to be met up till now. l want my child. If I see my child, I will end the case. I am begging everyone especially mothers of this world and fathers to bail me out of this catastrophe.

Prophet Alfa has not been forthcoming to react to the incident as he did not pick calls or respond to text messages.

Already, the church is deserted, members have stayed back at home for fear of arrest.

However, the issue has been generating reactions in Akure and the entire Ondo state.

Concerned members of the public especially women have cried out that the missing’ Kolawole Gold’ should be freed alive.

Confirming the incident, the State Police Public Relations Officer, (PPRO) Femi Joseph who said the investigation had commenced, assured that detectives from the state command would rescue the toddler alive.

The PPRO said the leadership of the Church reported the incident the following day when the father of the missing boy, Temitope Kolawole allegedly mobilized some thugs to the church and destroyed the church property and were about setting the church on fire when police were mobilized to the scene.

He appealed to aggrieved relatives of the victim who invaded the church not to take law into their hands, urging them to allow the security agents to carry out their investigation.

Besides, the police command has officially declared the one-year-old boy missing.

The command said “we have launched an investigation into the unfortunate incident, we urge anyone with useful information that could lead the police to where the boy could be found or rescued to quickly inform the nearest police station.