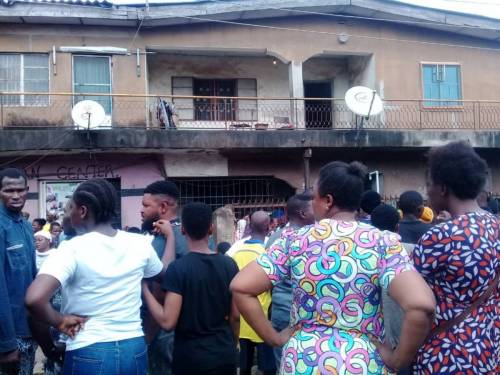 Iliyasu Musa, a 25-year-old-man, has died after drinking a suspected poisonous concoction at a wedding in Barhim village in the Batagarawa Local Government Area of Katsina State.

Rabiu Sani, another guest, who also drank the concoction, is currently lying unconscious in the Katsina General Hospital where doctors are battling to save his life, a report by PUNCH said.

Spokesperson for the police in the state, SP Gambo Isah, confirmed the development.

He said one Mudasiru Tanimu, 18, from Barhim village, was arrested for allegedly preparing the deadly brew, while his accomplice, Nafi’u Umar, 18, is still at large.

Isah said, “On Sunday, November 17, 2019, around 9:00am, the command arrested one Mudasiru Tanimu, 18, of Barhim village in the Batagarawa LGA of Katsina State, who conspired with one Nafi’u Umar, 18, who is still at large, to prepare a mixture of drugs which was served to people at a wedding.

“Consequently, one Iliyasu Musa, 25, and Rabi’u Sani, 16, became unconscious after drinking the concoction.

“The victims were rushed to the General Hospital in Katsina, where Musa was confirmed dead, while Sani is still unconscious. The suspect confessed to the crime. An investigation is ongoing.”