One killed, many injured as masquerades invade Osun mosque 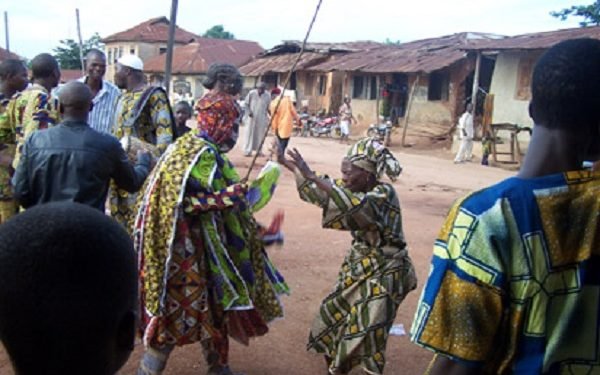 One person has been reportedly killed when armed masquerades invaded a mosque at Oluode Aranyin area of Osogbo capital of Osun.

The Nation gathered many worshippers were injured during the attack on Sunday evening.

An eyewitness told The Nation the reason for the invasion by the masquerades was not yet known, stating they first hurled stones at the Muslim faithful who warned them not to repeat the same but they continued.

The masquerades then shot indiscriminately, killing one worshipper in the process.

“Those that were injured have been taken to the hospital,” the source stated.

Spokesperson of Osun Police Command, Yemisi Opalola, did not respond to calls and SMS on the incident as at press time.

Chairman of Osun Muslim Community, Alhaji Mustapha Olawuyi, told The Nation he was attending a burial rite and promised to get back.

One killed, many injured as masquerades invade Osun mosque was last modified: June 28th, 2021 by Reporter

Why We, The Youths Are Very Angry – Popular Comedian, Mr MACARONI