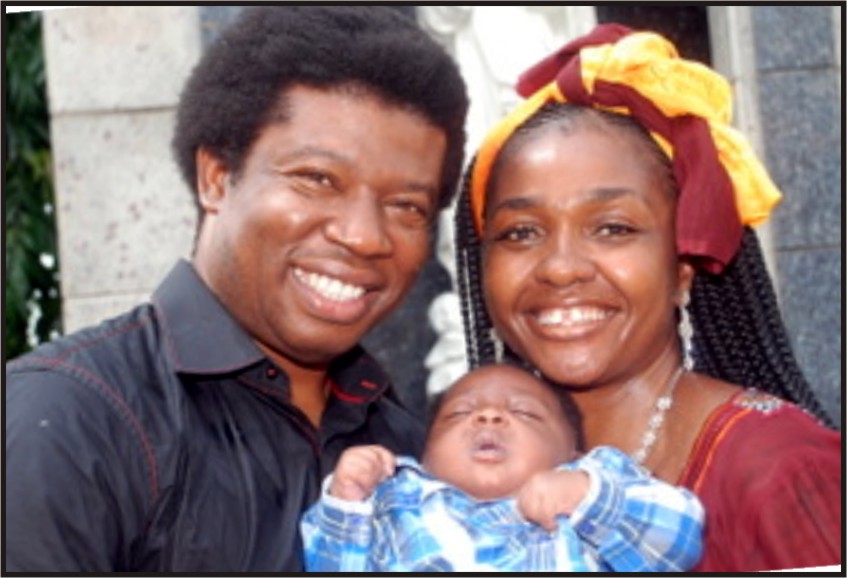 Isaac Moses and his supportive wife, Nneka have an amazing love story. They’re a fabulous couple too! From humble beginnings, they have grown through the years and currently co-host Goge Africa, a TV program that showcases Africa’s culture at its best. They’re undisputed Tourism Ambassadors.
As a couple, they’ve been together for 25 years and they’re still going strong. So, how has marriage been for 25 years? Would she marry her husband if she had the opportunity to choose again? These and many more were the questions City People’s IYABO OYAWALE asked Nneka during a recent encounter. But, it wasn’t easy to get Nneka for the interview! Even though she had agreed to talk, getting her for the chat proved difficult as she’s busy as Managing Director of the foremost tourism brand but we persevered till she granted us audience.
A graduate of the University of Lagos (UNILAG), Ambassador Nneka has a degree in English Language and Literature. She started her career in fashion designing and providing costumes for movies, TV commercials, and special occasions. She followed the footsteps of her mum who was her role model and fashion designer. So, how did she meet her husband? She revealed the answer in an interview she once granted The Punch Newspaper.
According to her, “We met in 1996 on the set of a movie, Love in Vendetta, which was produced by Zack Orji, I think. I was costuming for the movie at that time when I was told to play his girlfriend in the movie. After that, one thing led to another and we decided to consummate the relationship and got married the following year.” So, how did they start Goge Africa? They started the popular program in 1999, three years after their marriage.
The program was first aired on October 1st, to coincide with Nigeria’s Independence Day.
This October 1st, the program clocked 23 years on air! They’ve been to places as a team; they’ve experienced varied cultures, and currently reach 50 million homes with their program! The program has also received 40 awards and still counting! On her part, Nneka also won the Young Ambassador for Peace award in 2011. Below are excerpts of Iyabo’s chat with her. Enjoy it!

You had your son 13 years after marriage. What was the waiting period like?

It was a bit challenging considering the society we live in but because my husband is a focused man who doesn’t succumb to peer pressure and above all, he believes very much in the ability of God to do what He wants to do when He wants to do it. Because of that, it was easy for me as a woman to stay the course without feeling too bad. Because we have the project, the program to run, it kept us very busy that most times, I didn’t even remember. We’re travelling from one country to the other, one location to the other, doing our production, so, that kept me busy and it was fun all the way. We were doing what we wanted to do. Imagine being paid to go on holiday all the time! So, that kept us occupied and we were able to cope before we got God’s intervention.

Had you given up by the time the baby came?
No. I can’t give up when God is still working out the answer.

What do you have to say to women facing a similar situation?
While getting medical attention and waiting for God, occupy yourself with something you enjoy doing to take your mind off your desire for a child. Have a good disposition; surround yourself with positive people and energy. Always reflect on your blessings while you wait for God to perfect His promise to you and your spouse.

Your son turned 10 this year. How did that make you feel as a mother?
Very happy.
How do you juggle all you do with raising your son? Do you take him on trips?
We used to but not as much as when he was much younger so he doesn’t miss out on school.
How have you been able to sustain Goge Africa for 23 years?
Passion, creativity, focus, leverage on brands, goodwill, and the grace of God.
On October 25th, 2022, you celebrated 25 years of being together. How has marriage been for 25 years?
Learning curve always with the grace of God guiding us. We have had our peaks and valleys but above all, we have a synergy that has helped us very much.

If you had the opportunity to choose again, would you prefer to marry and work with your husband? If yes, why?
Yes. Yes. Yes. Because you don’t change a winning formula!
You’ve achieved so much on Goge Africa. You’ve been to 40 out of the 54 countries in Africa. The program has reached 50 million viewers. Are there still grounds to conquer?
What do you think? We are open to keep serving in our little capacity once we get the inspiration to do so. Only God has the road map.

Which of your trips made the most impression on you?
No two trips are the same. Each trip has its peculiarities.
Having experienced all sorts of cultures, would you say you still have culture shock?
I will continue to have culture shock as long as we continue to travel. The world is vast with mosaic of cultures yet undiscovered.
Do you experience jet lag from having to travel often?
Sometimes I do. However, the excitement to explore my new environment kicks the jetlag away!
How do you bankroll the financial expenses of traveling with a team each time you want to cover a story?
We have multiple sponsors, collaborators and partners.

What legacy do you hope to leave with Goge Africa?
That would be to see Africans travel more within Africa, trade with each other more, invest in Africa rather than in the Western world, do business more with each other, appreciate and celebrate our varied cultures and heritage. I want to see schools in Africa teach African history. I want Africans to appreciate themselves the way God has made us, our skin, hair, language, etc.
I want the barriers that have partitioned Africa physically and mentally to be broken so that we can connect freely with one another because we are one people. A united Africa is not a dream if you believe.
Has there ever been a frustrating moment in your work at Goge Africa?
Always at every stage.