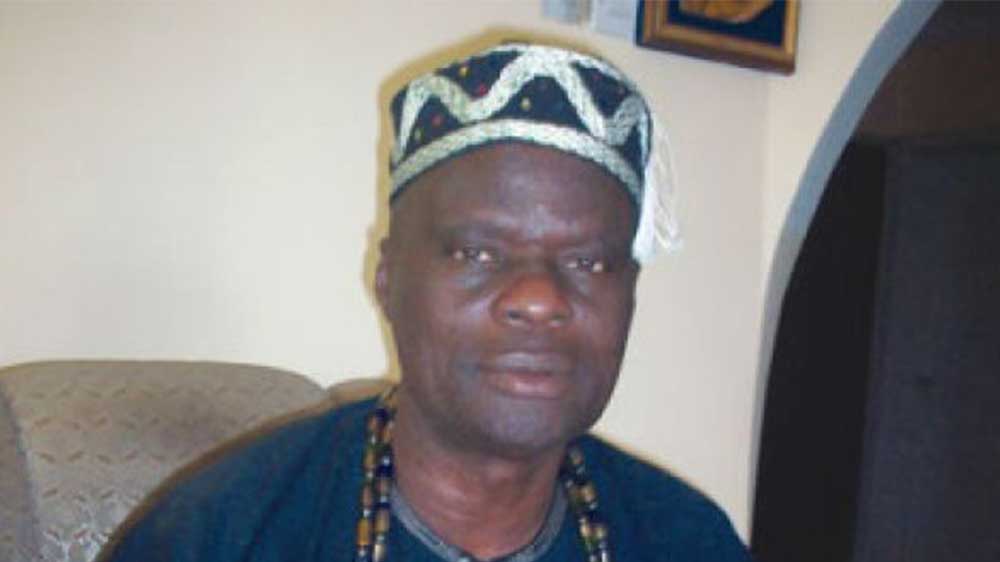 The anniversary took place on 29th December, 2017. The event shot down parts of the town, as dignitaries from all sphere of life stormed the town. Ibeju Lekki, presently is a new Lagos and it has turned out to be the hub of real estate in Nigeria. The coronation was attended by politicians, traditional rulers, Chiefs, and high profile personnel.

In his welcome address, Oba Of Ibeju Lekki thanked the guests for coming “I feel sincerely so elated and indeed highly honoured seeing this mamoth crowed that has graced this epoch making event, on this very special day made by God Almighty. Wow, I am overwhelmed. On behalf of my wonderful council of Chiefs, the good people of Ibeju-Lekki Kingdom,-my immediate family and myself, permit me to formally welcome you all to my 10th coronation anniversary.

For this unquantifiable and selfless honour that you all have availed us by being physically present here today, God would reciprocate all your kind gesture, a million fold, Amin.

This great day, to the good and wonderful people of Ibeju-Agbe, the ancestral seat of my throne and the entire Ibeju-Lekki Kingdom, is to us quite unique, memorable, historic, a day to be remembered and above all, a day to once again give thanks and glorify our creator, God Almighty.

When I tried to look behind me just last night, I recalled that I was actually formally enthroned as the Onibeju of Ibeju-Lekki dynasty about 10 years ago. And I said to myself, how time flies.

For those of us who were privileged to be here when I had my 5th coronation anniversary, you would recall that I did make a bold promise then, saying, “I am believing God Almighty that when we shall gather here again in another five years’ time (which is today) to celebrate my 10th year on the throne, Ibeju-Lekki would easily pass for the Dubai, of Nigeria and by extension, the Dubai of Africa”, true or false? The answer is true.

Yes, the above were actually my words. To those who were then in attendance, what I said could have echoed like mere words. To me as a king, they were not just mere words, but a bond.

Ten years on the throne and I asked myself today again; have I been able to accomplish those goals I set for myself?

With a great smile, I say to God be the glory, Amin.

Under my watch, Ibeju-Lekki has continued to enjoy peace, unity and security. Beyond the above, Ibeju-Lekki has also enjoyed tremendous co-operation and a huge magnanimity from the state government under the leadership of our amiable action Governor, Gov. Akinwunmi Ambode.

All of these put-together, have culminated in the presence of several quality investors amongst other well-meaning Nigerians who have made Ibeju their home. For instance, some of the major gigantic projects that have either been proposed or are already having their bearings on Ibeju-Lekki at the moment include; the new multi billion naira International Airport, the new Sea Port, the Dangote Refinery, the Lekki Free Trade Zone, the new Shoprite, Atlantic University and the 4th Mainland Bridge. Others include, the Eleganza Industrial City, Coscharis and the new Computer Village, just to mention but a few.

Take a walk around the nooks and crannies of Ibeju and you would marvel at the massive development going on. If you say it has become a Mecca of some sort to investors, you would not be wrong. Instead, you would only be stating the obvious.

Beyond the earlier mentioned, Ibeju is also increasingly becoming the residential choice of several Lagosians. The influx of people indicating interest in owning residential property is becoming quite overwhelming. New estates are springing up in Ibeju, almost on a daily basis. People are coming, building schools and other social amenities to increase the standard of living in Ibeju. Lest I forget, Ibeju could easily pass as one of the major tourist centres in Lagos State. The very rich culture of our people cannot be overemphasized. Indeed, aside from its very rich heritage, Ibeju is arguably one of the ‘biggest kingdoms in Lagos State.

No doubt, our people are peace loving. Significantly, the peaceful disposition of our people could largely be responsible for the influx of all tribes into this part of Lagos State.

Peace aside, we are very well accommodating, no doubt. Permit me to state unequivocally that Ibeju is home to all.

Despite the several achievements recorded so far, the journey has not been completely free from challenges. As Oliver Twist, we would continue to appeal on behalf of our people to the action Governor of Lagos State to continue to do more for us especially in the area of provision of social amenities.

Ibeju-Lekki Kingdom and its very special people are quite unique in all ramifications. According to history, this great Kingdom actually derived its name “IBEJU” from 3 parcels of land that were separated by swamp. As a result of this natural arrangement Agbeduwa, one of Oduduwa’s sons migrated to this area in search of a camping site. Despite the fact that he needed a camping site, his choice was informed by the fact that the land must not be too far from the lagoon. He was attracted to the current location of the town as provided by the peninsular because he had noticed that the spot was about the largest of the three parcels of land fronting its shores (Oju-Agbe). Having taken and settled on this part of the area, he merely named it after its size, “IBEJU” meaning this land is the largest.

This kingdom is well over 700 years old. That is the summary of the origin of this great kingdom.”

How The CBN Saved First Bank From...