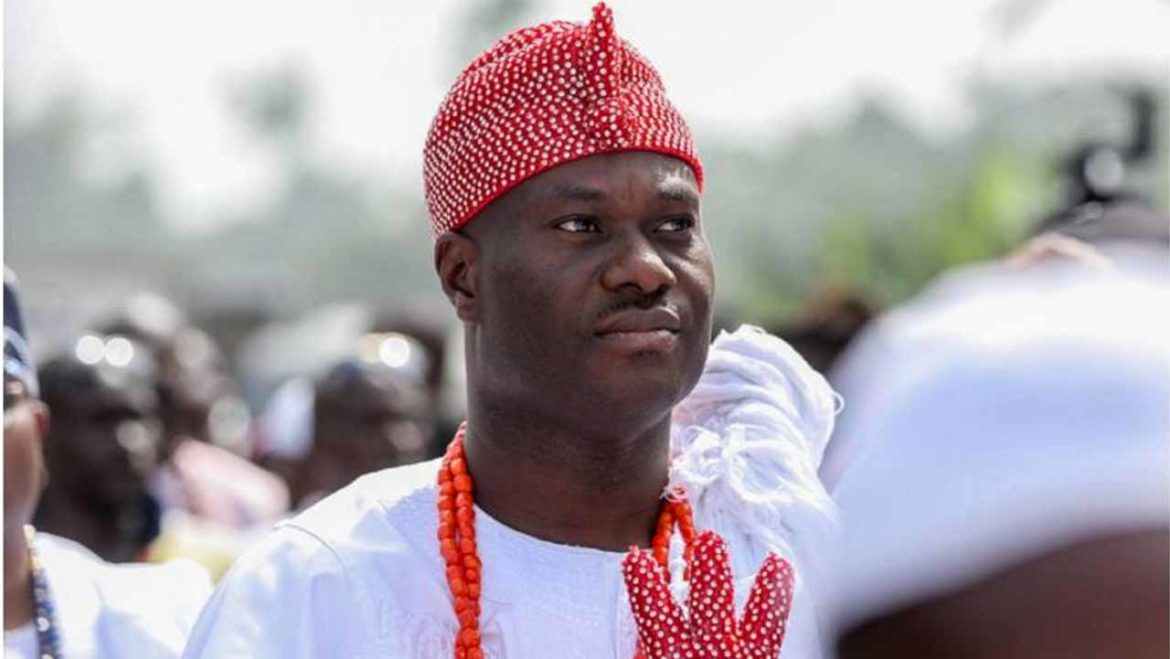 The Ooni of Ife, Oba Adeyeye Ogunwusi, on Saturday night stopped his convoy at the Oke Fia area of  Osogbo, the Osun State capital, to look for one of the journalists in his convoy, who was left behind at a ceremony the monarch earlier attended.

Some of those, who were said to be in the convoy were a former Kano State governor, Rabiu Kwankwaso, Ataoja of Osogbo, Oba Jimoh Olanipekun and other dignitaries.

They were all returning from the final of the Ooni invitational tennis tourney held at the Civil Service Club in Osogbo when the monarch was told that a photographer, who was part of his entourage to the game, Kunle Bowade, was left behind.

It was gathered that the Ooni insisted that the journalist must be found before the vehicles could leave the spot where they were parked.

The stoppage of the convoy was said to have caused a traffic snarl on the ever-busy road and the vehicles in the convoy were not allowed to move until the journalists was fetched and brought to join the monarch and his entourage.

He said that was not the first time the monarch would insist that everybody who left the palace with his team must return as a unit.

Olafare said, “That is Kabiyesi’s style. He cares about everybody regardless of their status. He treats both the highly and lowly placed people equally. He loves and accepts everyone.”

Ooni Delays Important Dignitaries To Look For A Photographer Who Was Left Behind was last modified: December 19th, 2016 by Reporter