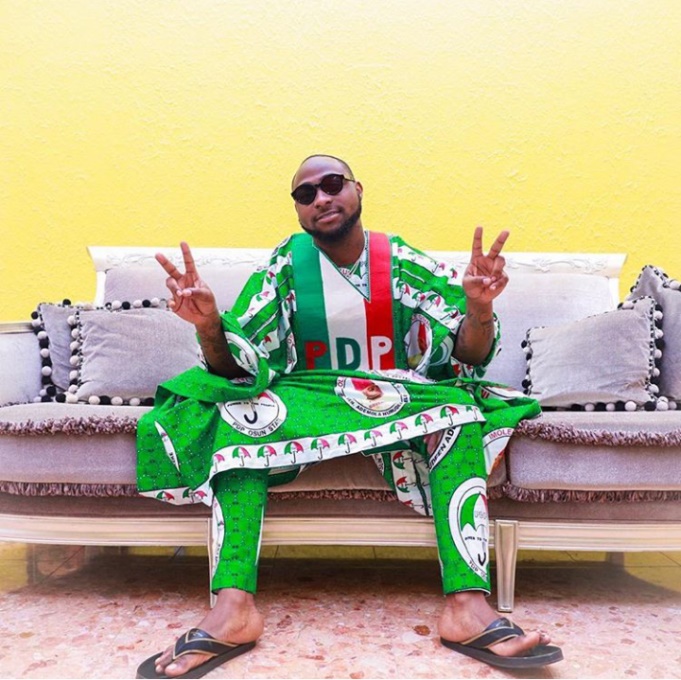 Music star, Davido, has expressed his disappointment at the ruling of the Court of Appeal which declared Alhaji Gboyega Oyetola of the All Progressives Congress (APC) as the elected governor of Osun State.

Davido took to his Instagram page to react to the court ruling which was not in favour of his uncle, Senator Ademola Adeleke, the governorship candidate of the Peoples Democratic Party (PDP).

According to him, this is not the end of the journey as he thinks there would be a victory when the case shifts to the Supreme Court.

“My people, we cannot hide our disappointment. This judgment of the Court of the Appeal. It hurts, it’s extremely painful, but guess what? It is not the end. Far from it.

“Everyone, remain calm. I want to urge all our supporters to remain calm at this time. As you all know, there is one last and important lap.

“It is time for the last lap and the God I know and serve is in control,“ he said.

Davido continued by saying: “We have won the first leg. We have lost the second leg but I am certain that the highest court in the land will rectify and restore all that has been stolen from us with this judgment.

“Everyone stay calm and stay safe! See you at the Supreme court,“ he wrote.

Davido’s response was coming barely a few hours after the Appeal Court sitting in Abuja overturned the judgment of the election tribunal that declared Adeleke winner of the election in the state.