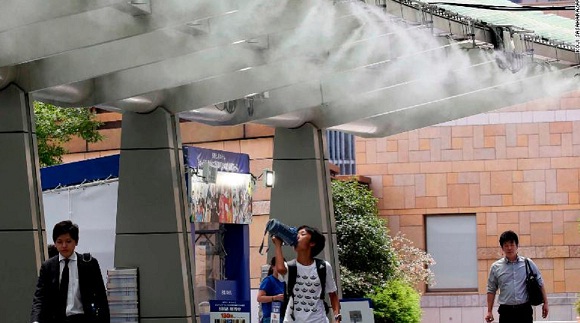 Japan and it’s citizens are in panic, as tolls of deaths continues to increase in dozens, following the temperatures which remained around 38 degrees Celsius (99F) in central Tokyo.

According to Kyodo News, at least 44 people have died since July 9, with 11 dying on Saturday alone- while in nearby Kumagaya, the mercury rose to 41.1 degrees (105.98F), the highest ever on record in Japan, according to the Japan Meteorological Agency, almost 12 degrees hotter than average temperatures at this time of year.
The Tokyo 2020 Summer Olympics are due to start two years on Tuesday.
Furthermore, the authorities have forecast extreme high temperatures — exceeding 35C (95F) — for most of Honshu, Shikoku and Kyushu islands, with northerly Hokkaido the only one of the country’s four main islands to escape the scorching heat.
“Potential for heat illness is higher than usual,” the agency said in a statement, adding that people should “take appropriate measures,” including drinking lots of water, staying away from direct sunlight and using air conditioners. 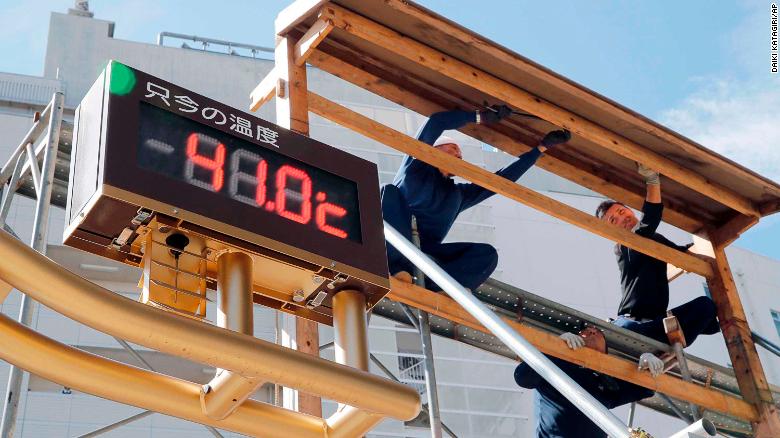 An outdoor thermometer reads 41.0 degrees Celsius (105.8 degrees Fahrenheit) in Kumagaya city, north of Tokyo, Monday, July 23, 2018.
According to AccuWeather analyst Joel N. Myers, the death toll is “likely already in the hundreds despite the official toll of somewhat more than two dozen,” and may rise beyond that.
“The elderly and those with pre-existent conditions, such as asthma and heart failure, are likely to face declining health due to exacerbation of their conditions due to weather,” he said in a statement.
“Heat exhaustion and stroke, dehydration, migraines, loss of sleep and mood alteration can all occur due to dangerous heat. Historical data shows that more people are likely to be involved in vehicle crashes due to heat-related impacts, such as decreased ability to concentrate, the poor quality of sleep they get and impaired mood, etc.”
Panic as scorching temperature kill dozens in Japan was last modified: July 23rd, 2018 by Igbokwe John