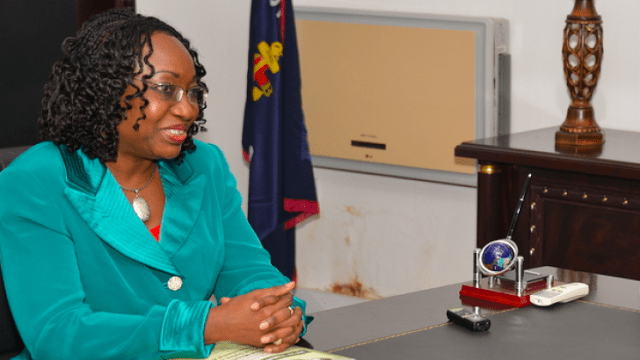 The Head of the Civil Service of the Federation, Winifred Oyo-Ita, has countered the Minister of Interior, Abdulrahman Dambazau, who on Sunday blamed her and the Federal Civil Service Commission for the reinstatement of the former Chairman of the Presidential Task Force on Pension Reforms, Mr. Abdulrasheed Maina, to the office.

“Consequently, the purported reinstatement and posting by the Office of the Head of the Civil Service of the Federation is totally erroneous and misleading.”

Mr. Dambazau had in a statement by his Press Secretary, Ehisienmen Osaigbovo, denied responsibility for Mr. Maina’s recall to service.

The statement explained that Mr. Maina “was posted few days ago to the Ministry of Interior by the Office of the Head of Service on an Acting capacity to fill a vacancy created following the retirement of the Director heading the Human Resources Department in the Ministry.”

The minister blamed Mr. Maina’s recall on the Office of the Head of Service of the Federation and the Federal Civil Service Commission.

He said the two bodies are responsible for “issues relating to Discipline, Employment, Re-engagement, Posting, Promotion and Retirements of Federal Civil Servants.”

“It is understood that Maina’s last posting was with the Ministry of Interior, and that is probably why he was re-posted back to the Ministry,” the statement added.

President Muhammadu Buhari had on Monday ordered the immediate sack of Mr. Maina and directed Mrs. Oyo-Ita to provide a detailed report on the matter to his office by the close of work today.

It is unclear, as at 6:38 P.M. on Monday, if the report has been submitted. Presidential spokesperson, Femi Adesina, said he had no update on the matter when contacted at 6PM today.

PREMIUM TIMES on Friday exclusively reported that Mr. Maina, who is on the wanted list of the Economic and Financial Crimes Commission (EFCC) was secretly recalled to service and promoted to head a directorate in the Interior ministry.

I played no role in Maina’s return — Head of Service denies Dambazzau’s claim was last modified: October 23rd, 2017 by Reporter