Pressure Mounts On FLORENCE AJIMOBI To Run For Office 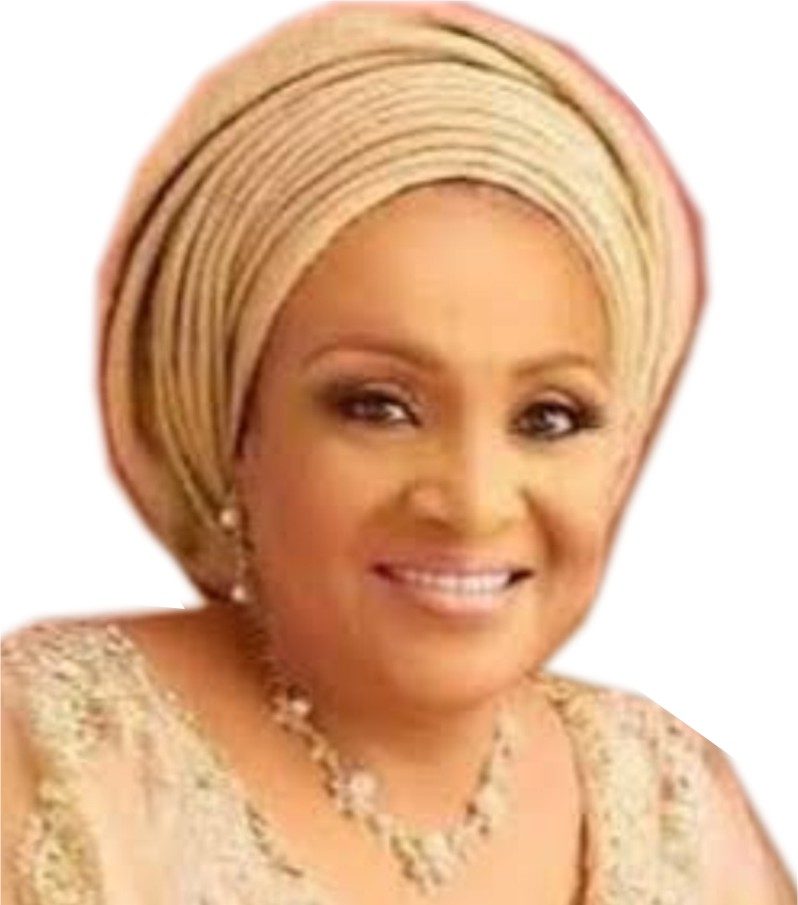 •For OYO South Senatorial Seat In 2023

That it’s been a year that the immediate past governor of Oyo State, Senator Isiaq Abiola Ajimobi died is no longer news in Ibadan and the state generally.

The other week, Friday 25th June, 2021 makes it one year that the former governor passed on. Ajimobi, who ruled the Pacesetter State for eight years of two consecutive terms, died on 25th June 2020, at a Lagos hospital. He was aged 70.

His one-year remembrance/memorial Fidau prayer was grandiosely celebrated. After the Fidau prayer at the deceased Ibadan, Oluyole residence, guests were later hosted into an elaborate reception at the International Conference Centre (ICC), U.I. Top celebrities like the wife of the Vice President Professor Yemi Osinbajo, Mrs. Dolapo Osinbajo, Governor Dapo Abiodun and other governors as well as their wives stormed the program.

Media spaces both print and electronic, as well as social media were occupied with an advertorial in honour of the late former governor. Billboards with Ajimobi’s pictures and all kinds of eulogies were mounted in various places across Ibadan.

What has, however, remained the hottest gist within the political circle of Ibadan right now is rumour of the political ambition of Ajimobi’s widow, Dr. (Mrs) Florence Ajimobi.

There are strong speculations that the widow of the late former governor may run for the Oyo South Senatorial seat come 2023. And that has become the talk of the town in Ibadan right now. Especially within the political circle where the late husband was a major factor, as an APC chieftain and a former governor.

Florence Ajimobi, City People gathered, has since embarked on wide consultations and launched a grand plan to achieve her aim.

Though the former First Lady has not made any official statement about this her ‘supposed’ political ambition but what is obvious is the fact that she is taken over the political structure her late husband left behind. She has remained very close and supportive to the husband’s loyalists.

She is even said to have played a major role in the legal battle between local government chairmen installed by her husband and the incumbent governor, Engr. Seyi Makinde.

“She did not only support the Hon. Abass Alesinloye-led ALGON financially but also stood by then morally”, a source revealed to City People. “That was why they paid Mrs. Ajimobi a thank you visit when they eventually won the case at Supreme Court”, the source further revealed.

Another recent move of Florence Ajimobi that suggests she might have something up her sleeves, politically, was her visit to the Oyo APC secretariat in Ibadan two weeks ago. Where she met with the Party’s Chairman, Chief Akin One and some other members.

The believe in some quarters is that if Florence is given a sympathy ticket from APC and in honour of her later husband, the Oyo South race may be a smot ride to success for the party come 2023.

Florence Ajimobi, who is half Lebanese, half Nigeria, if given the ticket, will battle the incumbent senator, Kola Balogun.

It would be recalled that Ajimobi contested the same senatorial district in 2019 but lost to Senator Kola Balogun.

For those who are close to Florence Ajimobi, however, they believe she is more than qualified for the post. They also believe strongly that she must have learnt a lot by the virtue of being married to a senator and two-term Governor, Senator Abiola Ajimobi.

Another thing that is likely to work in favour of Florence Ajimobi is her philanthropic gestures.

As the wife of the governor then, Mrs. Florence Ajimobi’s passion lies in the improvement of the quality of the lives of Vulnerable groups (Women and Children) and ensuring that the less privileged are empowered for financial independence.

In her opinion, a state or any community for that matter is only as good as the quality and standard of living of its citizenry and she is totally devoted to making life better for the people in Oyo State with special emphasis on women and children.

In pursuit of these worthy objectives, Mrs. Ajimobi was able to put in place and nurtured relevant organizations and institutions to lend credence to these noble causes which include ABC Foundation–providing easy Access to Basic Medical Care and which also has a welfare home for vulnerable children; Educate A Rural Child–providing educational support for indigent children in rural areas Ajumose Food Bank–A monthly food provision support programme which has fed tens of thousands across the local government areas in Oyo State.

Creation of Mini Clinics for Widows and the Aged, Establishment of ICT Center for Women in Public Service Empowerment of Women of different cadres in the society as well as the Ajimose Widowhood Support Initiative.

In recognition of her devotion and dedication to her calling, Mrs. Ajimobi has been honoured with several awards. She is a tenacious scholar, who holds a Master’s Degree from the prestigious London School of Business and Finance and an honorary doctorate degree in Public Administration from the Ajayi Crowther University, Oyo.

She was born 58 years ago in Benin City (on April 5 1959) into the renowned Hajaig family of Lebanon. Her early childhood was in the ancient city of Ibadan where her mother, a staunch catholic, instilled in her the strong values of the Catholic Church characterized by piety, service to God, morality and discipline.

Her professional sail commenced its sojourn in the Insurance waters. The sail berthed at Femi Johnson & Co, a leading Insurance Brokerage firm based in Ibadan where she took up her first job.

In all the companies she worked for, she left her footprint as a dedicated, committed and resourceful individual with a result-oriented mental attitude for achieving corporate goals.

A woman of vision with strong business acumen, thirsty for success in her own initiatives, she squared up to the challenges and insecurity of the Nigerian business terrain when she jettisoned the comfort of paid employment to become an entrepreneur in a retail business. Result of which is the popular Grandex Store with branches all over.