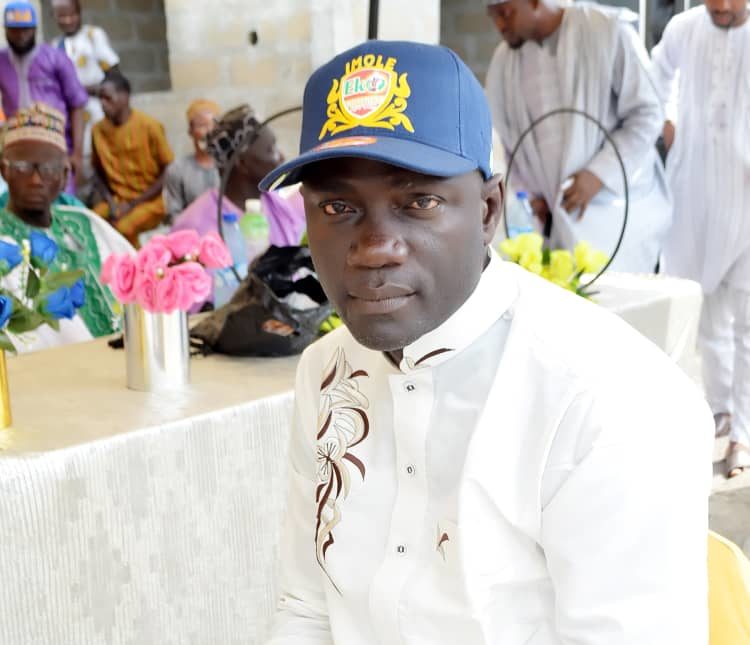 It is known that every landmark achievement in Africa and Nigeria particularly often calls for a big celebration. This and many other reasons made Prince Yommy Ogungbe, the CEO of De-Prinnoc construction company throw an elaborate party at his Badagry hometown on Sunday, May 30th, 2021 where it was all celebration galore.

From political juggernauts to royal fathers and other notable celebrities, the event practically brought the ancient Badagry city back to life again. It was simple, everyone came for Prince Yommy Ogungbe who is now popularly known as Imole Eko and he didn’t disappoint with the entertainment of guests.

In this report, City People’s DAMILARE SALAMI 08155134152 brings you a report of all that went down at the event.

ABOUT THE CELEBRANT, PRINCE YOMMY OGUNGBE

Prince Yommy Ogungbe is the MD, CEO of De Prinnoc constructions, a company that works alongside the National Inland Waterways Authority to construct link bridges in-between communities that are separated by a body of water in Lagos. On Tuesday, July 15 2020, Prince Yommy clocked 51-years and he had a very low key celebration due to the lockdown rule.

A man of many sides, Prince Yommy Ogungbe is a well-known philanthropist and businessman who is very popular in Lagos because of the number of lives he has touched. His good works in business and philanthropy earned him the prestigious City People Award for Excellence a few weeks ago.

Okele is a popular comic Nollywood actor in the Yoruba movie industry, his real name is Tunde Usman. He has been acting for over 20 years and he is famous for his comic character in Yoruba movies. Tunde Usman has been popular with the name “Okele” even before he produced his own movie. He is not just an actor, he is a movie producer and also an MC and he is so good at what he does. Okele is one of the few comic actors making waves in the industry. He combined his acting skills and the mastery of ceremony to give Prince Yommy Ogungbe’s guests an event of a lifetime. You could tell from the audience, how well they enjoyed every bit of Okele’s performance.

JIMMY AGBAJE WAS THE SPECIAL GUEST OF HONOUR

Olujimi Kolawole Agbaje popularly known as Jimi Agbaje or JK is a Nigerian Pharmacist and popular Politician. He was the 2015 PDP’s Lagos State Governorship candidate, but he lost out to the eventual winner Akinwunmi Ambode. He was the 2019 Lagos State gubernatorial election candidate for PDP in the 2019 general elections.

Jimi Agbaje is one of the strongest faces of the PDP in Lagos, having contested for the Lagos governor three times under the platform. He appeared at the event and changed the mood of the party simply because many were not expecting to see him. He expressed pure love for another shining star of Lagos and encouraged Prince Yommy to continue his philanthropic works in Lagos. “Everyone that matters is noticing what you are doing and I’m sure that you will get bountiful rewards for it, he said.

Sheikh Buhari Omo Musa is a popular Islamic cleric in Lagos. He is known for the truth and his hard punch messages. He was saddled with the responsibility of blessing the new house and also preaching to the congregation. Did he do well? That is an understatement. His messages were a huge take home for everyone at the event. He encouraged the congregation to stay focused on Allah, remain kind to others and live in peace and harmony with their neighbours.

DR ADE DOSUNMU WAS PRESENT TOO

A former Director-General, Nigerian Maritime Administration and Safety Agency (NIMASA), Dr Ade Dosunmu is a popular socialite and a former President of the prestigious Eko Club. He was one of the VIPs that graced Prince Yommy Ogungbe’s housewarming party.

Everyone who knows Dr Dosunmu knows that he is a very stylish man; he came in style and added glamour to the event. He was one of the personalities that received huge cheers from the teeming crowd.

…AND THE ROYAL FATHERS SHOWED UP AS WELL

Oba Claudius Dosa Akran the current paramount ruler of Badagry was unavoidably absent but he was fully represented by his staff of office and two of his high chiefs who played all the roles required of the Oba Akran himself.

The current Alapa of Apa Kingdom, Oba Oyekan Adekanmi Ilufemiloye Ajose, Possi 111 came to celebrate one of his own. There is no doubt that Prince Yommy Ogungbe is a son of the soil who has attracted the high and mighty in the Badagry community and Lagos at large.

THE ESHINLOKUN FAMILY REPRESENTED TOO

THE IMOLE EKO FOUNDATION WAS REPRESENTED

The Imole Eko Foundation is an offshoot of Prince Yommy Ogungbe. It is a platform that represents all his philanthropic gesture to Lagosians and beyond. In the last UTME exam, about 250 candidates were sponsored under this platform. Members of the foundation stood out in their unique identity to felicitate with their boss.

King Saheed Osupa is a popular Fuji maestro. He was on the bandstand at the event. He needs no introduction when it comes to entertainment. He gave everyone at the event a reason to stay back till the very end. Simply put, his entertainment was out of this world.

Saheed Osupa and Prince Yommy Ogungbe have come a long way and it is no surprise that the latter takes up performances at every Prince Yommy’s event. They are not just friends, they have become brothers and the way they related at the event said it all.

Late Prophet T.B. JOSHUA Knew He Was Going To Die!