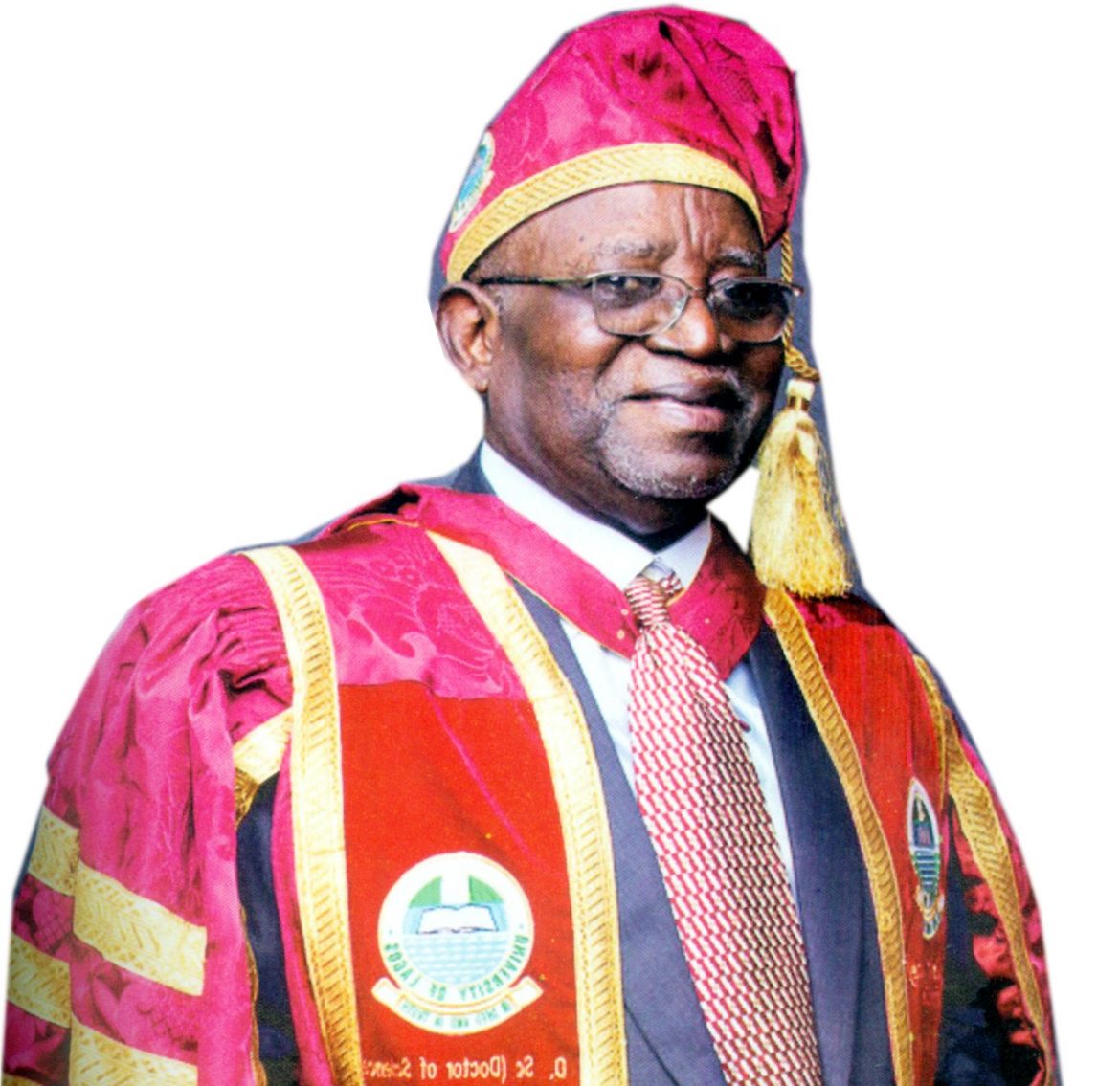 A few days ago, Prof. Ayodele F. Ogunye turned 80 and he had a series of events to celebrate him.

He is an accomplished scholar who has contributed immensely to the Engineering profession. He was born to Mr Rowaiye Ogunye and Mrs Janet Adebowale Ogunye (daughter of Papa Gabriel Ogunade, one of the first 16 Christian converts in Japara in 1906) on the 31st July 1942 in Ajebandele Ogunye Village (apara, Ijebu-Igbo.

He is a graduate of Imperial College, London, United Kingdom 1963/1966 (The 8th University in the world in the global rating of 2022) and did his post-graduate studies up to PhD at the University of Waterloo, Waterloo, Ontario, Canada 1969.

He became the first Professor of Chemical Engineering University of Lagos at the age of 36. He retired after 17 years as Professor in September 1995. In his retirement, he endowed the Department, which he started in 1973 with a Chair of Chemical Engineering, Professor Ayo Ogunye Trust Fund University of Lagos (PAFOTFUL). The Endowment has awarded 68 scholarships and prizes in Chemical Engineering and Dentistry since the BOT was inaugurated in 2008. For the first time in 2015, the Endowment awarded an N1,000,00.00 Research Grant to a young researcher in chemical engineering. The Research Grant is currently N1,500,000.00.

OJULE EDUCATIONAL FOUNDATION in honour of his grandfather was instituted in his hometown, Ijebu-Igbo, it maintains University and secondary school scholarships every year. Before the death of the Secretary, 10 tertiary institutions and fifteen secondary school scholarships were awarded. After his death, the scholarship scheme became ad hoc and restricted to only Ojule descendants who gain admissions into Universities/Polytechnics/Colleges of Education.

Ogun State Government had on 2 occasions appointed him the Chairman of the Polytechnic Ijebu-Igbo and inaugural Council member of MAPOLY and during the period of his appointments he never drew a kobo allowance and a non-indigene of Ondo State, he was appointed into The Council of Adekunle Ajasin University, Akangba, Ondo State between 1999 & 2003.

Apart from the yearly awards to his company Nautilus and his Endowment PAFOTFUL, he had been honoured with Presidential Awards in 2018 & 2022

His activities at the Diocese Of Ijebu Anglican Communion, Ijebu-Ode include:

On January 29, 1990, he was the Chairman of the Ijebu-Igbo Archdeaconry day. During his address to the congregation that day, he told the gathering that he was inspired by the Church that Chief (Dr) C O Ogunbanjo built for Erunwon -The EPIPHANY- and that he had made a pledge to his God to build a similar Church for [apara if he became blessed with money. In response to this, the Archdeaconry rose

and prayed for him. In fulfilment of his pledge, he and his family committed enormous financial resources with other donations from the members of the Church towards a befitting ultra-modern church building – “ST. LUKE’S ANG. CHURCH JAPARA, IJEBU-IGBO” which was dedicated on July 29, 1995, by the late Bishop of ljebu, Bishop S. O. OIowoyo. *He was decorated Balogun Ijo, St Luke’s Anglican Church, [apara, Ijebu-Igbo during the church dedication in 1995.

*St Luke’s Ang. Church Japara Choir – Award Of Excellence For Immeasurable Support towards the Development of the Choir-2008

•Diocese Of Lagos West, All Souls’ Anglican Church 15th Year Anniversary -Award of Appreciation In Recognition and Appreciation of Your Contributions Towards The Spiritual and Physical Growth of The Church and The Services of Our Lord Jesus Christ -17th July 2011

•Diocese Of Ijebu North – Women’s & Girls’ Organizations – The Award Of Excellence- For Being A Family Of Honour And In Appreciation Of Your Contributions To Women’s & Girls Work In The Diocese – 6th August 2011.

Prof. Ayo Ogunye had served on the boards of several companies which included ABB Lummus Global Nigeria, a subsidiary of the multinational ABB LUMMUS GLOBAL INC., USA, Omatek Ventures PLC and currently chairs the board of three private companies including Nautilus Nigeria Engineering and Construction Limited. He was the Pro-Rector and Chairman of Council, Abraham Adesanya Polytechnic, Ijebu-Igbo between 2006 and 2011 where he did not take a kobo allowance during his service to the Polytechnic.

Prof. Ayo Ogunye has mentored many of his former students who have become Professors, Fellows of the Nigerian Society of Chemical Engineers, Fellows of the Nigerian Academy of Engineering, Managing Directors in their places of work, Group Executive Directors & Group Managing Director at NNPC, Executive Directors of Multinationals, one of them is the most exposed civilian Governor in the country during the second republic Dr Ogbonnaya Onu FAEng of Abia State who has just retired as the Honourable Minister of Science, Technology & Innovation and Prof Rahamon Bello FAEng, Immediate Past Vice-Chancellor University of Lagos.

In January 2017, the University of Lagos made an award of Honorary Doctor of Science in Engineering (D.Sc.) (Honoris Causa), the first such award in the country on him in recognition of His immense contribution to the advancement of engineering in Nigeria and the world at large.

•Furthermore, the research in Optimal Control of Reactors with Catalyst Decay which he initiated over 50 years ago remains a reference point for present-day research and researchers in this vital area. It is therefore important to state that you have continued to add greatly to the body of knowledge in Engineering through teaching and your numerous publications.

•It is also on record that he has demonstrated an unparalleled philanthropic spirit by donating his gratuity and pension entitlement earned since 1995 till date which is being managed through the PAFOTFUL (Prof Ayo Francis Ogunye Trust Fund UNILAG) for the advancement of chemical engineering research in Nigeria.

Ayo Ogunye is happily married and the marriages are blessed with very resourceful sons, daughters and grandchildren. He is the Baba Ijo St. Luke’sAnglican Church, Japara, Ijebu-Igbo.

READ ALSO: HOW TO SAVE LAGOS FROM TERRORIST ATTACK – SECURITY EXPERT’S ADVICE

How To Save LAGOS From Terrorist Attack – Security Expert’s Advice

How Sen. DAISY DANJUMA Stood Out @ Her 70th

My Life After COLON CANCER – Eniola...

Tales of a Yoruba Demon: The Story...