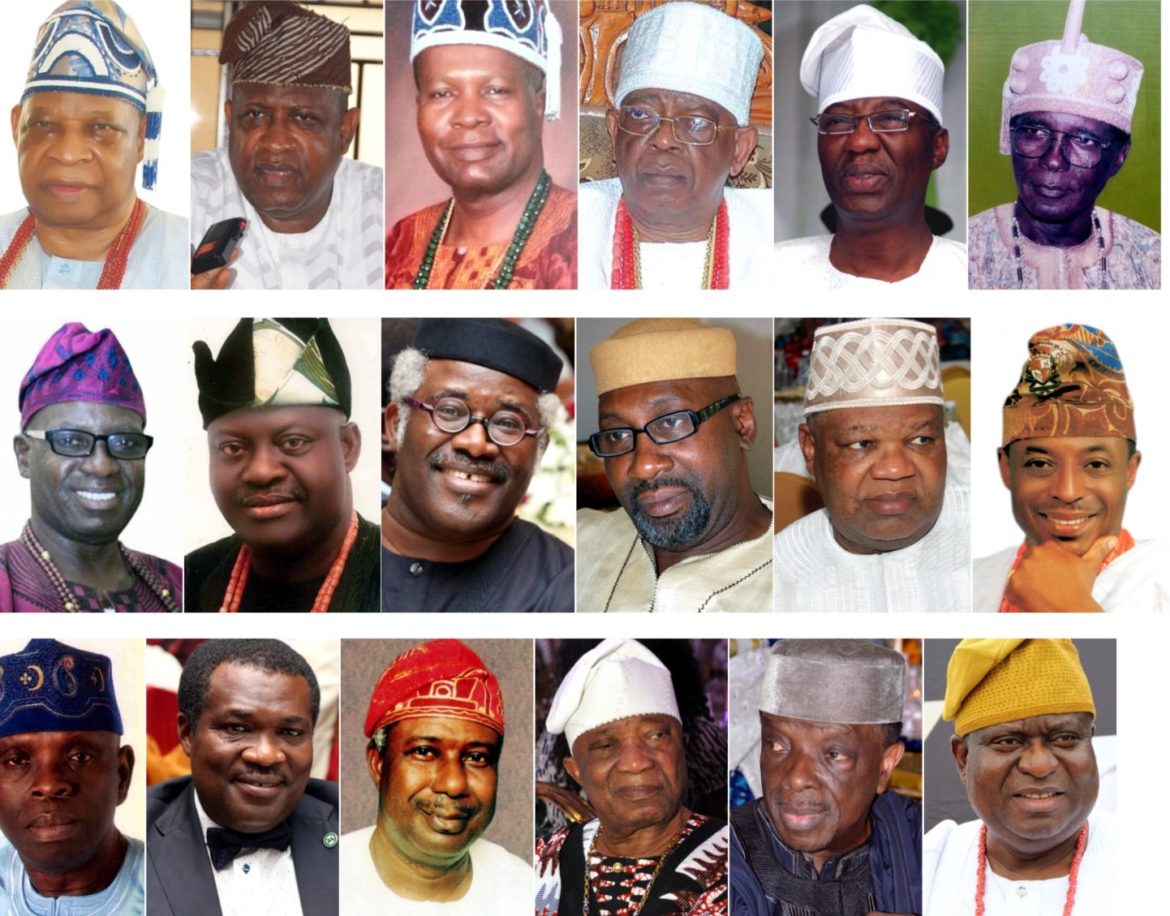 It also includes the late legal luminary and distinguished businessman, Chief Bayo Kuku, who was the Ogbeni Oja of Ijebuland, the eminent accomplished Architect Chief Afolabi Kuku, the distinguished intellectual Medical Physician, Dr Sonny Kuku Eko Hospital, the renowned Mathematician (K formula) Professor Aderemi Oluyomi Kuku. They have all blazed trails in making the Kuku family name live in the consciousness of both the old and young alike.

The Adesoyes are also popular. They have done well in transport, trading and commerce. The family is also known as prominent Horse Rider (Balogun of Ijebuland). Today, several children and grandchildren from this family have excelled in so many fields of human endeavours. Among them is Otunba Tunji Adesoye (Otunba Tunaiyese) a retired Federal Government Permanent Secretary.

The Adedejis too are popular. They have brought global recognition and fame to Ijebuland. Prominent members are the Asiwaju of Ijebuland (Professor Adebayo Adedeji). Mr Kunle Adedeji, the Architect, who has been making waves in architectural designs both in Nigeria and Overseas.

And then the Owodunnis. In Ijebu-Ode, the family is noted for its giant strides, especially in Law. They are one of Ijebu Lawyers who blazed the trail. Many of their sons and daughters are popular Lawyers. The family has produced more than 20 Lawyers and more are yet to finish their programme. Among them is Alhaji M.O. Owodunni.

There are also the Alatishes They have men of valour, who occupy various prominent positions. Great among them are: Otunba Adegboyega Alatishe, a businessman and his brother the Gbegande of Ososa, Oba. There is also Chief (Mrs.) Hirat Balogun, and Toye Alatishe.

The Adesanya family is also popular and widely spread across Ijebu quarters. They have come of age and popular. The Gbelegbuwa Ruling House has great men and women, so also is the Adesanya (Olisa of Ijebu-Ode) have prominent, educated and accomplished Ijebu personalities among them Prof. Adesanya (SAN).

How about the Ashiru Balogun? They are also a prominent family that has performed well in their various fields. Among them is Subomi Balogun, whose name rings a bell in the banking industries, Dr Yinka Ashiru Balogun, a Medical Director of Jones Specialist Clinic.

There is also the Adenuga family. The matriarch of the family before she died was Otunba Mike Adenuga’s mum. She is related to the Awujale of Ijebuland. How about the Sote family? It is also a big family just like that of the Adebowale family of the Medicine Store fame.

How about the Koiki family? It is a big name. Recall that Juju maestro, Ebenezer Obey, praise-sang one of them in the ’70s. Koiki Omo Oloye he called him.

Add them to the Ogunusi family which has produced the Tastee Fried Chicken owner, Mrs Adedayo and the Ijako-Ijaiye LG boss. He is a Chartered Accountant.

From the Jeje family is the current Ogun Housing Commissioner, and from the Ibirogbas comes the former Ogun Information Commissioner. Many don’t know that Chief Stephen Bakare of Oluwalogbon fame has an Ijebu pedigree.

There is the Aranmolate family. They are popular and famous. Several children from the family have excelled in so many fields of human endeavours. Among them is Dr Aranmolate a Surgeon.

The Ajayi Jegede family is from Itantebo quarters among them are the late Chief G.O.K Ajayi (SAN); Otunba Funsho Ajayi (a retired major and late Otunba Femi Ajayi).