Quit Order: United Nations Finally React to Call by Northern Group for Referendum and Ultimatum Given to Igbos 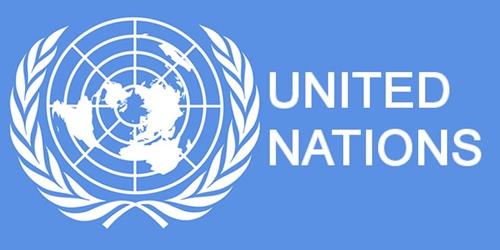 The United Nations through its Resident Coordinator in Nigeria expressed concern with the ultimatum issued by some youths in the North for the Igbo people to vacate the region.

As earlier reported, the Coalition of Northern Groups called on the Federal Government to initiate a process allowing the Igbo to vote in a referendum that will allow them to have an independent state of Biafra.
The group, which comprised of the Arewa Citizens Action for Change; Arewa Youth Consultative Forum; Arewa Youth Development Foundation; Arewa Students Forum; and the Northern Emancipation Network, in a statement issued on Thursday, urged international bodies such as the ECOWAS, AU and the UN to hasten the initiation of the process for the final actualisation of the Biafran nation.
In a swift reaction, the United Nations on Thursday, called on different ethnic tribes and groups in Nigeria to be more tolerant to ensure unity and peace in the country.
Edward Kallon, the UN resident coordinator in Nigeria, said this in reaction to an ultimatum issued by northern youth groups calling for all Igbo people to leave northern Nigeria by October 1.
“We have to work together to resolve peacefully any concern that different groups in the country may have,” Kallon said in a statement.
“I am heartened by reactions of leaders from all over the country condemning this ultimatum.
“UN calls for tolerance and a spirit of togetherness in transparency to address the concerns of all the citizens in a peaceful manner.”
He said this should be done in such a way that no one was left behind in the quest for sustainable development, and urged cultural and religious leaders to play their part in guiding the youth to settle differences peacefully.
Kallon also stressed the need to re-invigorate the national peace committee, as it could play a role in addressing the current concerns that impinge on the peace of the country.
He recalled that the committee worked tirelessly during the election period in 2015.
“Nigeria is a great country with immense potential to build the welfare of its population and lead Africa in meeting the Sustainable Development Goals.
“This can only be achieved in an atmosphere of the rule of law and peace where all citizens live happily irrespective of their ethnic or religious backgrounds.
“I commend the Federal and State Governments, youth and civil society leaders, security agencies, cultural and religious leaders for their efforts to promote peace in the country.
“The UN is ready to continue supporting Nigeria to build an enduring democracy in peace, prosperity and respect for diversity,” Kallon said.
Quit Order: United Nations Finally React to Call by Northern Group for Referendum and Ultimatum Given to Igbos was last modified: June 9th, 2017 by Arinze Ago