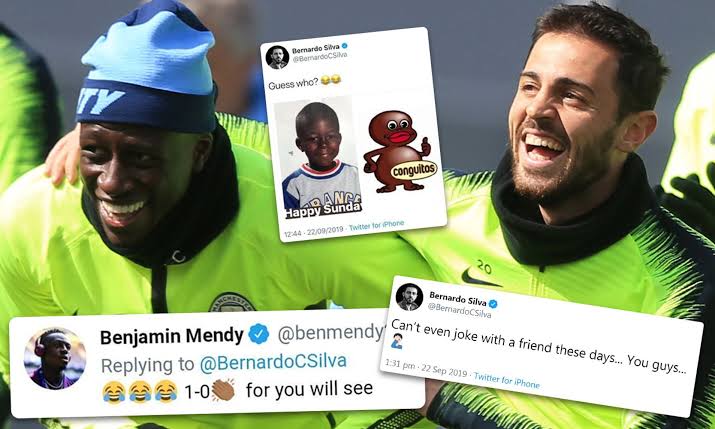 Manchester City forward Bernardo Silva has been suspended for one first-team match and fined £50,000 for his social media message relating to team-mate Benjamin Mendy.

YOU MAY ALSO LIKE: 5 THINGS TO DO TO GET A MORTGAGE LOAN TO BUY A HOUSE – DOROTHY OBATA, NIGERIA MORTGAGE REFINANCE COY TOPSHOT

Silva compared Mendy to the character on a packet of Conguitos – a sweet brand available in Spain and Portugal.

The Portugal player, 25, must also complete a face-to-face education after admitting a breach of FA Rule E3.