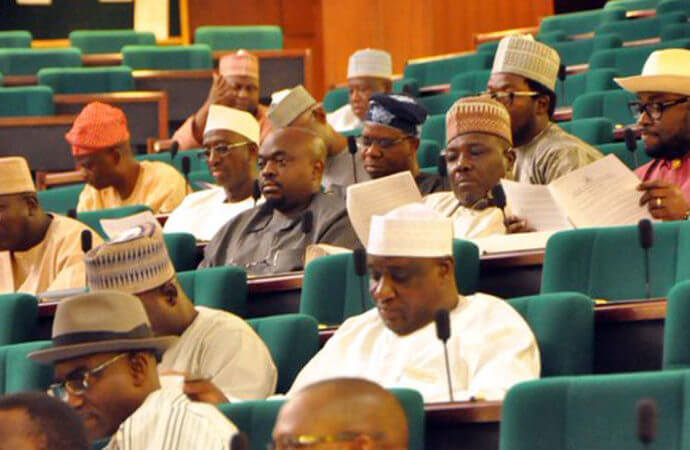 An association of radiographers has called on the Nigerian government to disregard the bill seeking registration of the proposed National Council of Radiology and Radiation Medicine, NCR, presently before the National Assembly.

The bill which has passed the first and second reading and is awaiting public hearing is said to have been proposed by a member of the House of Representatives, Patrick Asadu, who is a medical doctor.

The group, Medical Imaging Society of Nigeria, MISON, claimed that Mr. Asadu proposed the bill to suit medical doctors who are specialists in radiology and to “bring radiographers down to their knees.”

Speaking during a press briefing in Abuja on Friday, the state chairman of the group, Ibe Stanley, said that the bill was filed without the prior knowledge of ‘those concerned,’ which includes the radiographers.

Mr. Stanley noted that the bill proposes to regulate radiologists and radiographers, who are already being regulated by other councils.

He added that the NCR would be a duplication of the already existing Radiographers Registration Board of Nigeria, RRBN, which became an Act of the National Assembly in 2004.

In his speech, Anthony Ugwu, a senior lecturer in Radiography at the Nnamdi Azikiwe University, explained the role of a radiographer.

He said that the radiographer by law is a trained health professional who is licensed by RRBN to dispense ionising radiation among other functions for the purposes of diagnosing and treating certain disease conditions.

“A radiologist, however, is a medical doctor, with 6 years basic training and his or her practice is regulated by the Medical and Dental Council of Nigeria.

Mr. Ugwu noted that the proposed NCR bill is nothing but “an exercise in legal tautology” and creating a council to regulate both radiologists and radiographers will be resisted by all legal means.

He added that the bill is capable of multiplying cancer risk amongst the populace, and other medical radiation work related hazards, as the Nigerian radiologists, “who know little or nothing about radiation doses and dispensation of ionizing radiation, now seeks to head a council of medical radiation practitioners.”

“This will no doubt allow further infiltration of quacks whom they will freely make use of to the detriment of the health of the Nigerian public,” he said.

In his reaction, a radiologist, Samon Ukperi, defended the move adding that radiologists and radiographers “operate differently under the medical world.”

“The NCR bill seeks to regulate the practice of Radiology, Radiotherapy and Nuclear medicine and also to eliminate quackery and unnecessary deaths.

“Radiographers already have their own regulatory board, that is the RRBN. So the bill is not targeted at regulating them but rather it is going to bring us all together,” Mr. Ukperi said.