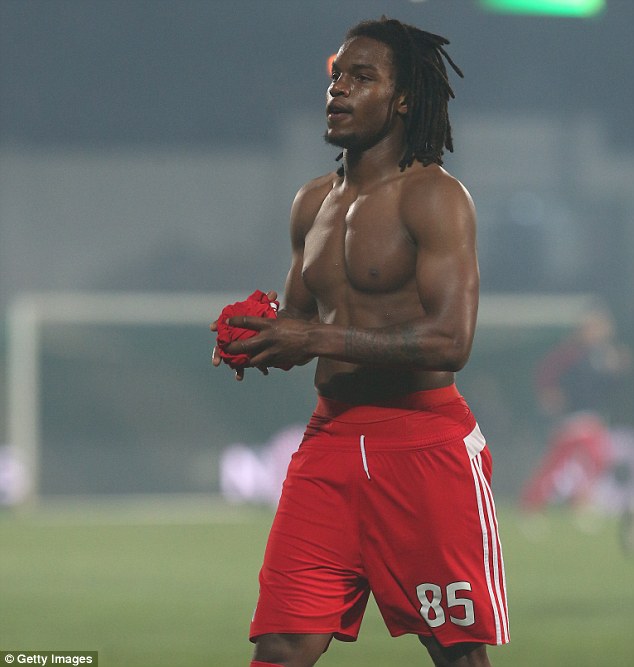 Renato Sanches has signed for Swansea City on a season’s loan from Bayern Munich and the club have had an offer for Wilfried Bony accepted by Manchester City.
Portugal international Sanches, 20, is away on Under-21 duty and is expected to arrive in Swansea next week.
Bony is set for a medical on Thursday after leaving south Wales for the Etihad for £25m in January 2015.
The fee for his return is thought to be in the region of £12m.
Portugal international Sanches joined Bayern from Benfica for 35m euros in May 2016.
He made 25 appearances for the German champions last season and was also part of Portugal’s Euro 2016 winning squad.
Swansea boss Paul Clement worked with Sanches during his time as Bayern’s assistant manager.
Sanches is a straight replacement for Gylfi Sigurdsson, who joined Everton for £45m on 16 August.
The Portuguese player has four years left on his lucrative Bayern contract and, although the season-long loan move would include a fee, it is believed the German club might pay some of his wages.
Bony scored 25 Premier League goals for Swansea before his move to Manchester and is being targeted after the Swans accepted an offer from Tottenham Hotspur for last-season’s top scorer Fernando Llorente, who is also a target for Chelsea.
Swansea are also monitoring West Brom winger Nacer Chadli, though they are hopeful of doing a deal for less than the £25m asking price.