Reps Members Resolve Not To Address Fayemi As “Honourable Minister” 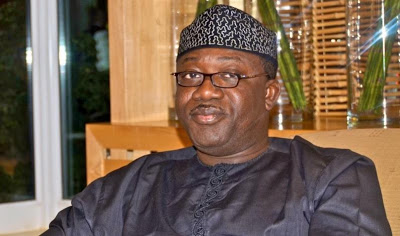 The house of representatives says it will no longer address the minister of mines and steel development, Kayode Fayemi, as “honourable minister”.

The lawmakers resolved this on Thursday while deliberating on the need to investigate the circumstances under which the ministry of mines and steel engaged the PricewaterhouseCoopers (PwC) to audit Ajaokuta Steel Complex for purposes of concession.

Nnanna Igbokwe, a lawmaker from Imo state, had called the attention of the house to the “refusal” of Fayemi to heed their advice and drop the idea to concession the Ajaokuta Steel Company.

He urged his colleagues to pass a resolution calling on President Muhammadu Buhari to sack the minister over the issue.

But the lawmakers did not support the idea. They said, having passed a vote of no confidence on Fayemi, they should leave it at the personal disposition of the president to decide whether to sack the minister or not.

They resolved that instead, they should stop addressing Fayemi as “honourable minister” in recognition of the vote of no confidence.

The Ajaokuta Steel Plant has been a contentious issue between the minister and the lawmakers.

While Fayemi had insisted that the federal government will concession the plant after an ongoing audit, the lawmakers have said they will resist any move to do so.